It’ll have world-class equipment and allow the Sydney brand to export overseas. 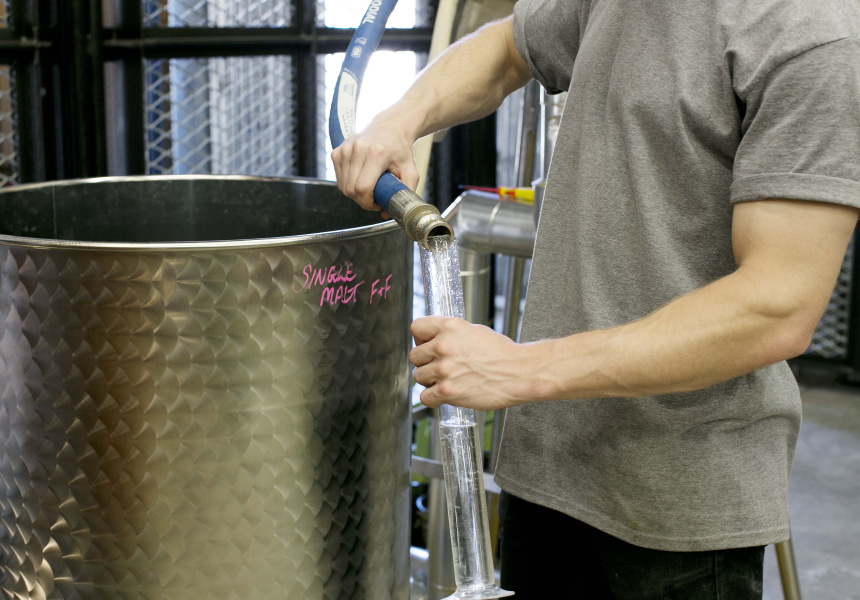 When Archie Rose Distilling Co opened in early 2015 it was the first independent distillery, ageing facility and bar to open in Sydney since the 1850s. Now it’s doing another first.

After recently launching a new bar menu at its Rosebery distillery – recruiting help from Continental Deli and Iggy’s Bread – the team is building a working factory in Botany, in Sydney’s southeast. The production of its core range of gin, vodka and whisky will be moved there and, while it won’t be open to the public, it will have machinery that will be the first of its kind in Australia.

“We’ve basically been expanding for quite some time and have grown rapidly,” says head of hospitality Harriet Leigh. “We’ve reached capacity in Rosebery so we’re building a much larger distillery where we’ll be able to do a lot more in house, bringing everything back under one roof.”

Archie Rose’s founder Will Edwards is installing machinery that will ensure the future is more sustainable.

“In distilling and brewing, you’re doing a lot of heating up and cooling down. We want to do that as efficiently as possible,” he says. “It’s good to see Australian distilleries starting to convert to using natural gas-fired steam boilers instead of electric elements. In Botany we’re taking it one step further. Working with mechanical and electrical engineers; the team has created a chiller that operates at a very low load, which in turn uses far less power than standard machinery.”

He says this equates to a more expensive set up but it will reduce the energy demands and operating costs in the long term.

The decision is all part of Edwards’s long-term business blueprint that will see his spirits exported overseas.

“The reason we’re building Botany is we’re here for the long term. In Rosebery we’ve got the capacity to produce enough whisky for Australia, but certainly not enough to export. It’s a shame that Australian whiskies, in particular, aren’t showcased more on the world stage [because] we make incredible, international-award-worthy whisky. There’s just not enough supply to be able to export them properly at the moment.”

But that’s not to say there’s been no progress at home. “When I started three or four years ago there were 30 Australian craft-spirit distilleries; now there are [around] 140 – it’s absolutely exploded,” says Leigh. “We’re still a bit behind London though. Every pub has a gin room in the back [and] people are interested in sustainable, local, authentic products,” she says.

“The other thing you notice is the level of knowledge and education that consumers have out there now,” says Edwards. “Four years ago people didn’t know the difference between a London dry and a slow gin and an old tom and whatever. Now people do.”

And once the site is in operation, what will happen at Rosebery? “We’ll focus on limited releases and the weirder sides of spirit production,” says Edwards.