There’s the signature Negroni on tap, 16 creative cocktails and a midnight toasting ritual. And it’s open until 3am six nights a week. 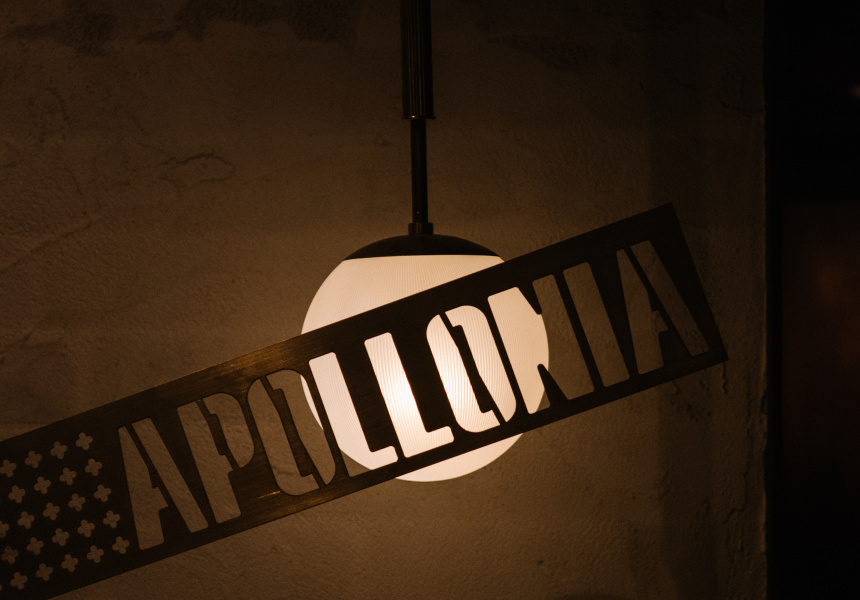 Moody new basement bar Apollonia is all about drama and celebration. The dimly lit drinking den takes its name from Apollonia Vitelli-Corleone, the ill-fated wife of Michael Corleone in The Godfather, and is inspired by Bar Vitelli, the real-life Sicilian bar that, famously, featured in the movie.

Apollonia is in Hinchcliff House’s basement. Parts of it were dug from the sandstone back when the building was originally constructed, with even more space recently hacked out from the rock to enlarge the space for the bar. The building’s cavernous features are elevated with the luxe mixed-marble bar top and brass and gold trimmings throughout.

But it’s not just the design of the space that has been well considered. The bar has developed its own Godfather-inspired signature scent for its candles and hand wash, with notes of orange, cherry, rosemary and gunpowder. And fun custom-made brass stamps are used to mark the ice in its cocktails.

The cocktail menu is divided into chapters based on Apollonia’s love story and features 16 creative concoctions, including the Love at First Sight with gin, strawberry gum, amaro and orange blossom, and the sweet citrus Wedding Procession with macadamia, amaro, bitters and lemon. It’s also hard to go past the signature house Negroni available on tap, which is mixed with Widges gin (a brand co-created by Williams), the bar’s custom vermouth and Campari. Amari are house-made, using offcut ingredients from the restaurants upstairs.

“There’s a commitment to use local ingredients and products and celebrate Italian flavours, ingredients and drinking customs … it’s an amalgamation of both Australian-Italian ingredients into modern signature cocktails,” Williams says.

There’s also a range of Italian and Australian herbal liqueurs, spirits, beers and wines to choose from. The Italian theme carries into the short, sharp list of “drinking food”. Dishes include house-milled bread, charcuterie, olives, arancini and a meatball or fried eggplant sub.

When midnight strikes each night at Apollonia, patrons are encouraged to take part in a “thunderbolt ritual”, which Williams says pays homage to the love-at-first-sight “thunderbolt” that struck Michael Corleone when he first laid eyes on Apollonia.

“Whoever we can pull in, we’re going to pour out a little house-made amaro or miniature Negronis, or whatever the bartender feels like making, and they’ll put on a song and get the room to come together with a toast to friends, love, life and a strong Negroni,” he says.

Apollonia is the second of four venues from House Made Hospitality to open in the heritage-listed building. The first was all-day dining hub Grana. More recently, “premium-casual” eatery Lana has opened, and a sprawling top-floor function space and a street-level dessert bar are both due to launch in the coming months.