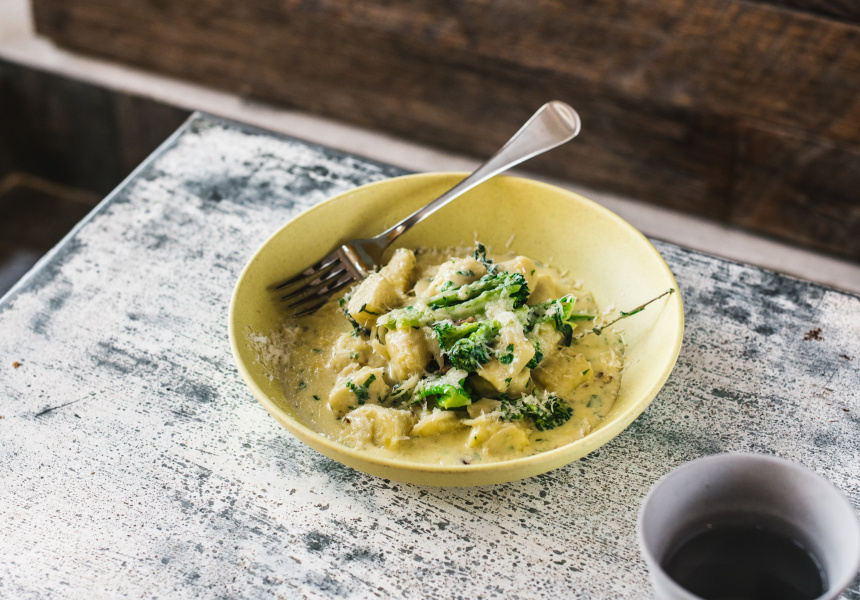 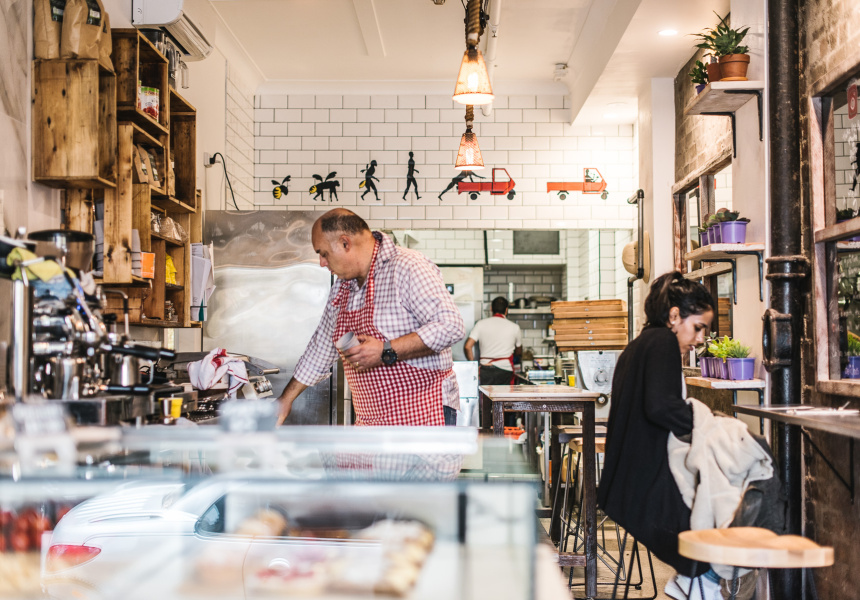 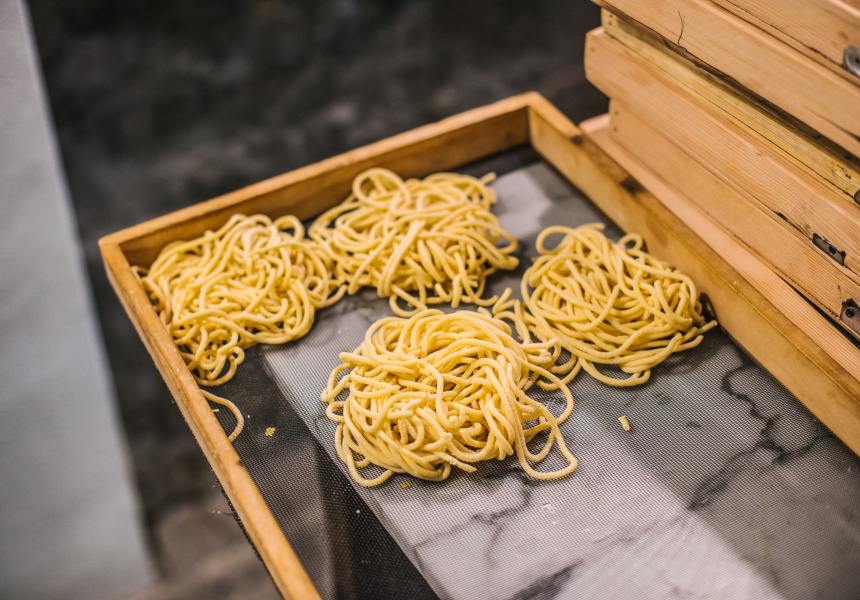 Woolloomooloo locals have been wolfing down pasta and Neapolitan-style pizzas off the red-and-white-checked tablecloths of Puntino Trattoria for more than 16 years. Owner Antonio Sabia’s mother was behind the silky, handmade creations, until a family emergency called her out of the kitchen.

“My mother made pasta for our restaurant Puntino for 14 years, until two years ago when my father became ill, so I had to make pasta with my cooks,” Sabia says, known to locals as Tony.

Ape is Puntino’s new pastabar-takeout offshoot, but the idea came about when Sabia travelled to Italy as an 18 year old.

“I said to my mum, we should open a pasta shop, but my father was a commercially-minded person.” So Puntino Trattoria was born instead.

An acronym for Artisan Pasta Espresso, Ape also refers to the iconic Italian three-wheeled commercial pick-up, the same one Sabia’s parents trundled him around Italy in as a baby in 1968, a year before arriving in Australia. Sabia hopes to home-deliver his pasta to locals in something similar soon.

It’s cosy inside the modest yellow shopfront: a Triple X stainless-steel bench, pendant lights and terracotta pot plants fill the 12-seat space. APE is BYO for now while it waits for its liquor licence (due soon). Then the restaurant will serve a selection of beers and biodynamic wines.

Ape’s chef, Piero Guarini, is from Puglia. For his gnocchi, he uses Highland Gourmet Potatoes from Robertson NSW. Free-range eggs come from a farm in Orange, and the Sorbella Tomatoes are from Dural. For a recent special, he dressed the gnocchi with broccolini, pecans and gorgonzola. Rigatoni with slow-cooked beef cheeks has also been a hit. The accompaniments and sauces are simple, with a focus on produce.

The dessert list plays like an Italian greatest-hits record; tiramisu, orange panna cotta with vino cotto, and cannoli all feature. A rotating counter of pastry specials has also delivered a Grand Marnier tart and profiteroles. There’s plenty of pasta-to-go options, too. 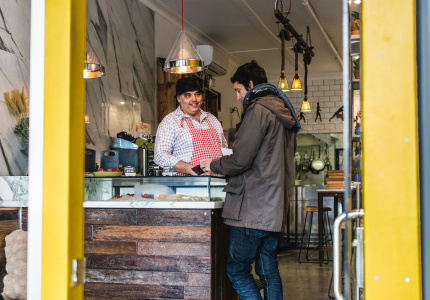