Andy Bowdy Opens Saga Lyte, Serving the Best Of Saga Every Day of the Week

On the menu are his luxurious pies and the Hartsyard sundae he built his reputation on. 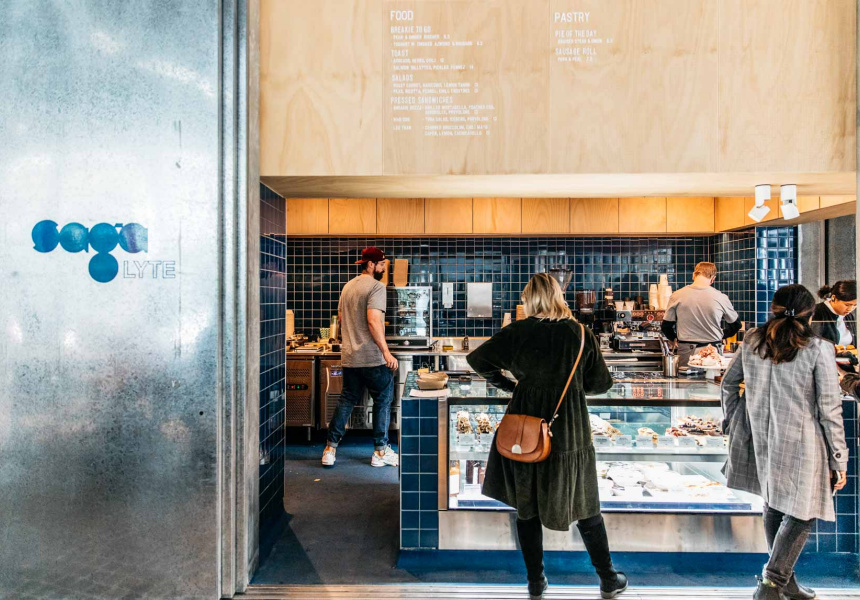 When we heard the masters of sweets from Enmore’s lauded Saga were going to be opening a miniature version of their cafe in Maker’s Dozen, the upmarket food hall in The Exchange building at Darling Square, the first thing we asked Andy Bowdy and Maddison Howes was if they’d have pies. Bowdy makes luxuriously buttery and rich star-shaped pies with little holes in the roof for those who want to drop in a bit of sauce. But he makes them with frustrating intermittence and usually only on weekends. The answer to the question of the pies, we can share, is yes, and with the sort of frequency we can get behind.

Saga Lyte is like a best-of Saga, stocking the things that were only available on and off in Enmore, such as the weekend-only pastries, the vanilla slices, the layer flourless orange cake, the cheeseymite (a scroll made from croissant dough, cheddar cheese and Vegemite) and at the moment, a single pie of the day and a pork-and-veal sausage roll. They are available all week until sold out. “What we go through here in a weekday is like what we go through at Enmore in a weekend,” says Howes, chatting to Broadsheet only days after the sibling venue opened in the new food hub.

The new space is tiny – just a counter, a display and a coffee machine brewing the same Artificer beans used in Enmore. There is no room for baking. “I bake everything at Saga and bring it down every day. I bring the baked goods at 1am, and come back at 9am with the creamy stuff,” says Bowdy.

It’s early days and Bowdy can’t give us many details on how Lyte will evolve – the answer is always “depends how we go” – but he says, “Once the dust settles, we'll be doing a few specials [exclusive to Darling Square].”

And then there are the sundaes. Bowdy wants to serve sundaes to those keen for snacks after they’ve eaten from one of the 11 other outlets at Maker’s Dozen, such as Japanese pasta from Pasta Wafu, hawker-style Sri Lankan food from Hopper Kadé and Spanish food inspired by Barcelona’s La Boqueria market by Tapavino.

Bowdy made his name as an innovative, fancy-junk-food-riffing pastry chef at Newtown’s Hartsyard, where his most famous creations were a cone of soft-serve ice-cream upside down on a plate, and sundaes of children’s dreams. “I'm doing the original Hartsyard sundae,” he says. “I'm also doing a pandan, coconut and yuzu one, and a chocolate, cherry, hazelnut and caramel [one]. Hopefully we’ll have them on the menu this weekend.”

The only thing that won’t be making the journey from Enmore are Bowdy’s plated food creations. “With this kitchen it would turn into a shit show.”

This article first appeared on Broadsheet on August 6, 2019. Menu items may have changed since publication. 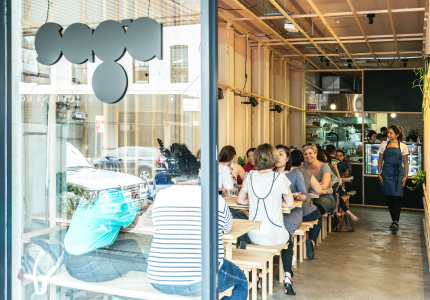