Clairy Browne and the Bangin’ Rackettes are riding the wave of the rhythm and blues revival, embarking on a national tour and releasing their first video. 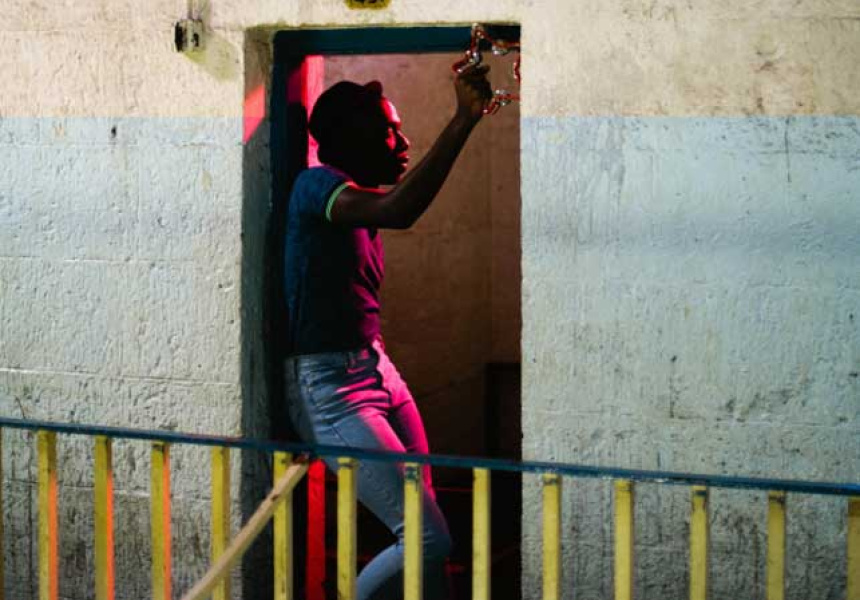 A 1960s-inspired rhythm and blues revolution has swept across Melbourne, heard wafting up from underground soul clubs, pouring out through radios and spun on turntables across the city. At the forefront of the movement are Clairy Browne and the Bangin’ Rackettes – all booming bass, honking sax and hips-a-shaking.

“Rhythm and blues has been played around town by DJs for a while, but hasn’t really been part of the live scene until now,” says Browne. Armed with her harmonising girl group and full big band, Browne and her Rackettes have quickly become a much-loved presence on Melbourne’s live music scene.

What is it about old school rhythm and blues that has Melbourne’s collective toe tapping? “Rhythm and blues is very different to any other genre, it gives you a heart-soaring feeling,” says Browne. “The songs really tell a story in a release of emotion, but they also get you off your feet and get you moving.”

It’s a sentiment felt no stronger than during the group’s live performances, which can have you kicking up your heels one moment and wiping away a tear the next. “It’s always a dynamic experience,” says Browne. It’s a statement that equally applies to the group’s debut album Baby Caught the Bus, released late last year.

From feisty foot stompers to soulful serenades, the album blends a perfect mix of clever lyrics, bold melodies and unabashed sass. In keeping with nostalgia, the album is best heard in its vinyl format – a white wax LP record, accompanied with a handful of equally collectible singles released on 45rpm records. But nothing quite comes close to seeing the performance in the flesh – glitter, hairspray, saxophones and all.

Among all the choreographed dance moves, coordinated outfits and pitch-perfect harmonies, the audience is well and truly spoilt when it comes to olfactory delight. So, what’s the pinnacle of the performance for the Clairy Browne? “I love when a performance creates that heart connection, like a line of light that’s sent out by the singer and just reels you in,” she says. It’s that connection with the audience that she revels in the most. “It can happen when the sax is wailing, or the audience is singing along, but I’m fond of the low dark moments,” she continues, “the lights are dim and there’s that constant hum, it’s then that you connect with the audience the most.” Aptly put, from a woman whose on-stage mystique and incredible voice can put soul into a yell, and power into a whisper.

This year will see Clairy Browne and the Bangin’ Rackettes explode onto the national stage. They’ve just announced the Love Letter Tour, kicking off in their hometown of Melbourne at the end of April, followed by a national tour throughout May.

To add to the excitement, they’ve also just released a brand new video for their soulful single Love Letter. “It’s really a song about sexual oppression, and writing a letter to that special someone with all the saucy details,” chuckles Browne. “So there was no better place to film the video than in Old Geelong Gaol…we had a great time doing it, it was a wild day!”

So put on your dancing shoes, because when Clairy Browne and the Bangin’ Rackettes shimmy onto the stage in 2012, you’ll be in for an even wilder ride.