All the New Sydney Restaurant, Cafe and Bar Openings We Got Excited About in July 2022

Consider this your cheat sheet for the month. Read on for an Italian diner by a good-times group where a visit is as good as a Mediterranean holiday, a popular cafe that turns into a dramatic izakaya by night, and an ace pasta joint in an unassuming location. 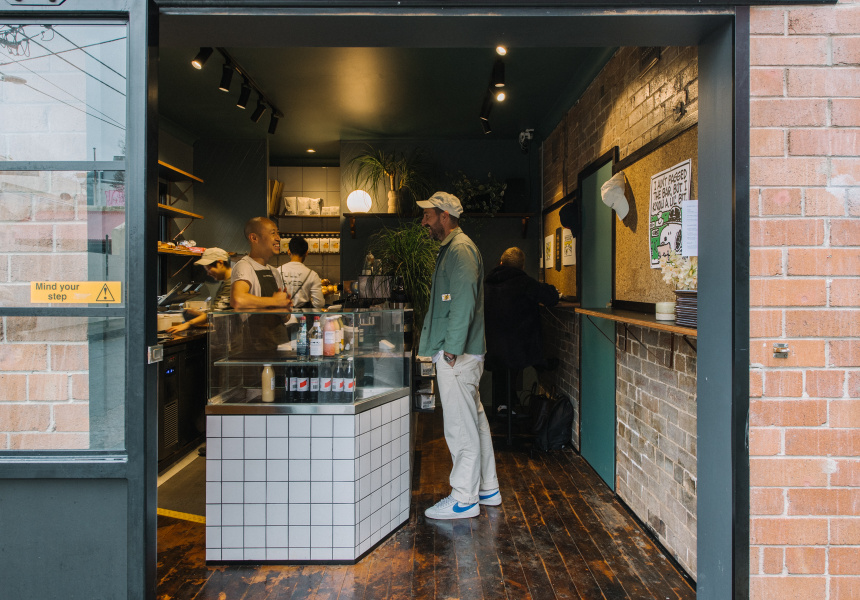 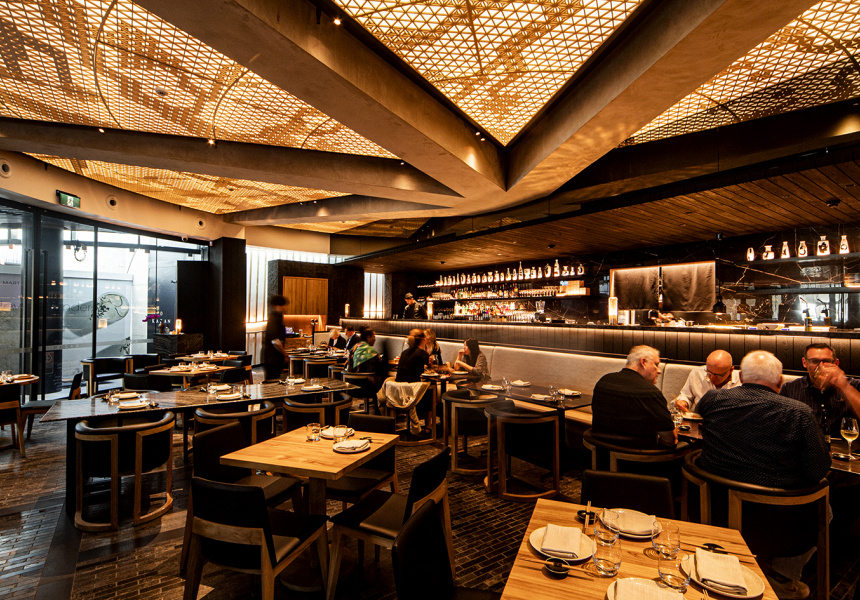 • First Look: The Don Peppino’s team is back with good times and regional Italian food in Redfern. A visit to Fontana is like taking a Mediterranean holiday. Its menu is a love letter to the dishes you’ll find across Italy: Sicilian sardine meatballs doused in sugo, a confit garlic-studded focaccia and the chickpea pasta that was a hit at their past pop-ups. Find it between a Mexican diner and a kebab shop.

• First Look: Belles Hot Chicken Barangaroo returns to its neighbourhood-diner roots with a retro refresh. It’s “more than just a spot to hit the chicken” says its owner, who guarantees “feel-good vibes at all times”. Smash through “really f**kin hot” chicken and natural wine in newly refurbed retro surrounds with Belles radio live-streamed from Paris.

• When night falls, outstanding Haymarket cafe Edition Coffee Roasters is transforming into a sultry izakaya. In the evening it’s swapping ace coffee for soy-butter clams, crispy fried chicken and skewers cooked over charcoal, as well as a selection of funky and fruity sake, and Japanese whisky.

• One of Sydney’s great Turkish chefs wants to up-end our perception of kebabs at his new bar, Tombik. “Kebabs go much better with beer as opposed to after it,” says Somer Sivrioğlu, founder of Balmain’s beloved, and now closed, Efendy. At his fourth venue, have a local craft beer or imported Turkish brew while you dine on meat served over buttered croutons with a rich tomato sauce and yoghurt, all wrapped in puffy woodfired bread.

• There are views for days at Cook Terrace, a bar in Mona Vale Surf Life Saving Club’s stunning new clubhouse. Take in the magnificent panorama while sipping on wine or craft beer. A restaurant is in the works, and the surf club also hosts Pilates and yoga classes.

• Prince Of York’s founding chef has taken over the kitchen of an unassuming Ashfield pub. Pub Cucina is the first of many overhauls that group executive chef Sam Bull will oversee in his new role. Sit in the trattoria-style dining room for Fabbrica pasta and Italian wines at less than $60 a bottle.

• First Look: The Poernomo brothers open Koi Flagship – part-restaurant, part-bar and full-on dessert experience. Start with cocktails and noodles at the new Monkey’s Corner, move on to a 10-course deg that’s more sweet than savoury, then pop into the cafe to take home a box of extravagant cakes.

• It’s all about capturing the moment the Japanese omelette’s edges unfurl at Omu’s new Ultimo restaurant. Have your camera ready as the internet-famous omurice reveals its soft, runny inner layer. Then finish it off with a neon-green soda or classic coffee-jelly dessert.

• First Look: Discover craft beers from local, regional, interstate and nomad brewers at 12 Taps in Marrickville. Each tap pours a different type of beer, including dark beers, IPAs and sours. Plus, cracking empanadas, a partnership with the next-door burger joint and “kill the keg” Fridays, where beers from one keg go for half-price.

• Get rustic loaves, pastries and beef brisket pies at AP Town by AP Bakery, in a former Newtown corner store. It’s already developed a cult following since opening in Surry Hills earlier this year. Now, AP Bakery is rising again in a tiny inner-west space pumping out baked treats with meticulously sourced ingredients. Come for the three-cheese toastie on fermented potato bread, and leave with a loaf of fenugreek bread.

• Now open: get fine-dining-calibre burgers at Burger Head’s two new western Sydney diners. Like its other restaurants, everything but the milk buns is house-made. And an opening special riffs on KFC’s collab with rapper Jack Harlow – it’s a 16-spice fried chicken (with extra cayenne) burger topped with sriracha mayo and served with chips and mac’n’cheese.

• First Look: North Bondi Fish teams up with Kepos Street Kitchen and heads to the Middle East for winter. Dine on Kepos Street Kitchen’s signature Middle Eastern flavours – including mezze, warm hummus made at the table and falafel – opposite Sydney’s most famous beach. The room’s been made over with metallic-silver curtains (very Andy Warhol’s Factory), and there’s even a breakfast menu and cocktails.

• At new Martin Place restaurant Kazan Dining, Japanese dishes are “rearranged” and given “surprising twists”. The group behind Canberra’s Inka arrives in Sydney with exquisite sushi and nigiri from a sushi master, as well as Wagyu Scotch fillet and black Angus beef tenderloin grilled on the robata, all served from a dramatic space in the new 25 Martin Place precinct.