An Italian hospitality experience in the heart of the CBD. 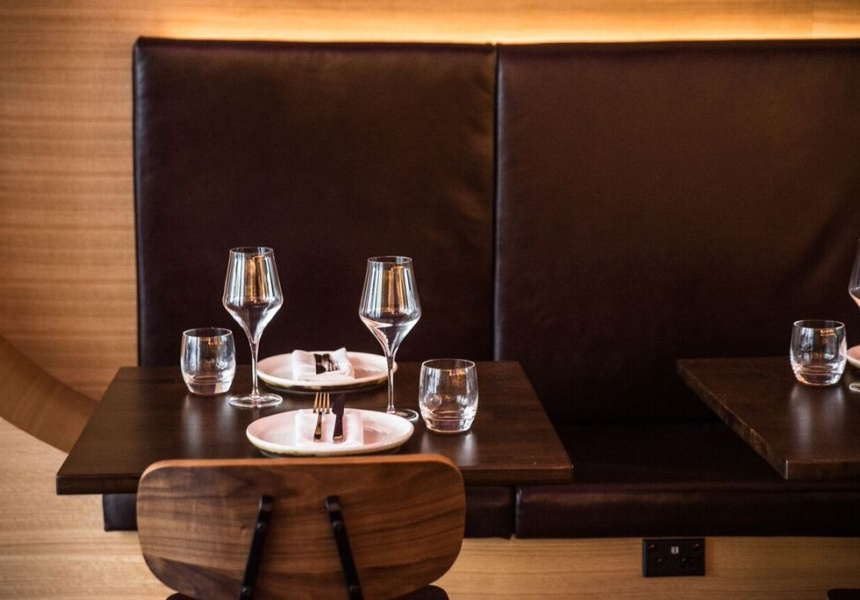 The heritage-listed John Solomon building on York Street has been transformed into a multi-level drinking-and-dining hub. Lot.1 Sydney fuses the homeliness of Italian culture and cuisine with a decadence inspired by grand venues in London and New York.

The interior is striking. The historical site dates back to 1878 – it used to house the National Cash Reserve and the Grace Brothers head office. “We stripped it back and exposed all the seasoned hardwood and original sandstone,” says manager Michael Tama.

Timber swirls wind throughout the space – they are meant to simulate the swirls of a coffee, “Like how the crema dissipates in a latte,” says Tama. “All the new timber joinery flows seamlessly and integrates the separate elements of Lot.1. People will subconsciously follow the swirl throughout the space.”

Next door to the restaurant is an espresso bar, which opens early to serve takeaway coffees through a street-facing window, as well as breakfast and lunch. From 5pm the bar serves aperitivo snacks for a post-work clientele to graze on with its Aperol Spritz.

Executive chef Adam Swanson spent five months in Italy last year for inspiration. “I went everywhere, learning how to make prosciutto, Parmigiano, I did it all.” He also likes to source ingredients from his native South Australia, such as Spencer Gulf prawns and Port Lincoln kingfish, currently on the menu as a carpaccio with ruby grapefruit, Campari and balsamic pearls. “My food is no more than five ingredients on the plate. There might be some modern techniques, but it’s simple at its core,” he says.

Below the restaurant is the basement bar, a cool, moody space reminiscent of an old-school gentleman’s club. “If you’ve had dinner and want to kick on for a couple more drinks, you can just go downstairs,” says Swanson. The basement bar will also have its own Italian street-food offerings, such as fried pizzettas, arancini balls and salumi.