After a Weekend Fire, Brewtown Newtown Is Temporarily Closed

But the owner is planning an exciting comeback. 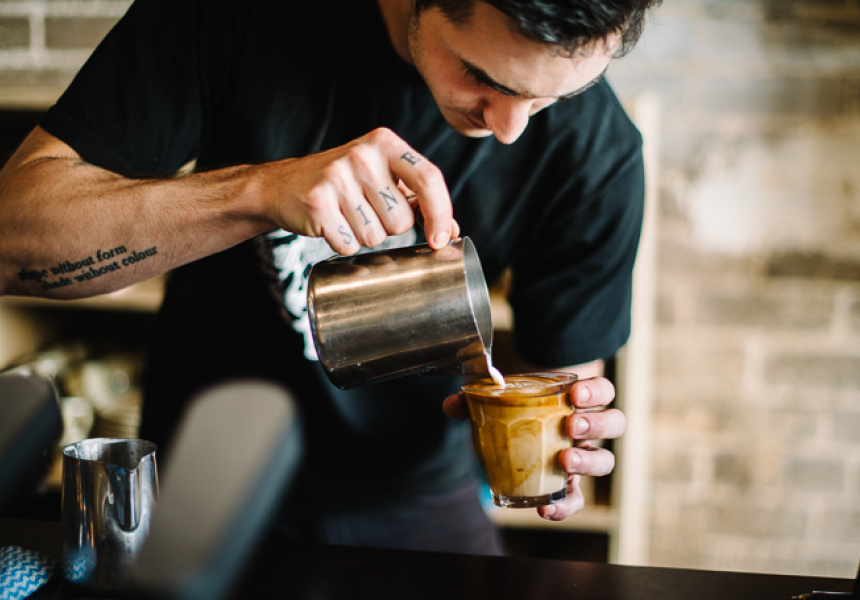 Cronuts and coffee hotspot Brewtown Newtown has temporarily shut following a fire that broke out on the premises on Saturday afternoon.

Up to six fire engines were called to the O’Connell Street warehouse cafe after a former employee, who was sitting at a nearby pub, spotted smoke coming from the building. O’Connell Street and a large section of King Street were closed off as firefighters fought the blaze.

The cause of the fire – which started in the cafe’s offices around 5pm – is yet to be determined, but Brewtown Newtown owner Peter Raad says an electrical fault, or a “power surge” caused by Saturday afternoon’s thunderstorms could be to blame.

The fire was largely contained to four rooms at the back of the warehouse building, and the kitchen and dining room were spared. The incident occurred after the ground-floor cafe had closed for the day and no one was injured.

“We were very fortunate. It was quite intense but [the firefighters] managed to stop it before it made an serious damage [to those areas],” Raad told Broadsheet.

But Raad is making the most of a bad situation – he’s planning a revamp. He’s looking to add a bar, which will serve alcohol; a new summer menu; and will refresh the cafe’s interiors. If all goes to plan, he says Brewtown Newtown could reopen before Christmas.

“We’ve had so many customers coming by and showing how much they’ve been saddened by the event. I can’t wait to reopen to have everyone back. It’ll be bigger and better than ever before,” Raad says.