After 15 Years, Est.’s Peter Doyle Will Retire in June

It’s the end of an era as the chef turns his attention to mentoring the next generation. 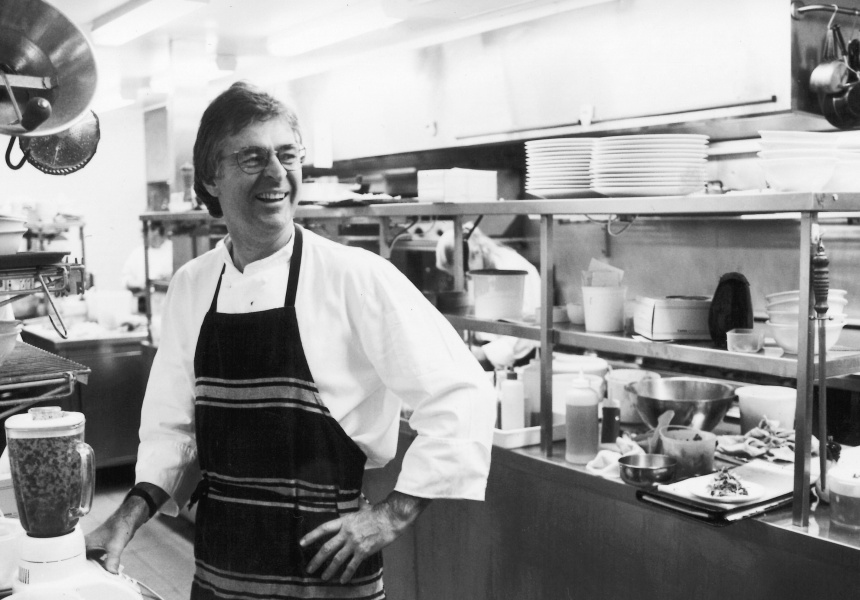 Est. executive chef Peter Doyle has announced he’s retiring from Merivale’s fine-dining establishment to run the group’s apprenticeship program launching next year. It’s both wonderful and sad news for the chef who since 2003 has been the architect of the restaurant’s endless roll of accolades.

Instead of hanging up his apron, the 65-year-old (he turns 66 in June) will continue to do what he loves – cook contemporary Australian food – before a class of budding young chefs. Once he’s completed his Certificate in Training and Assessment, Doyle will work closely with Merivale’s long-term partner Allara Learning to build course content to fast-track talent into the workforce.

Doyle began his culinary career in 1974, graduating TAFE as “Apprentice of the Year”. His debut restaurant Reflections at Palm Beach was praised for its refined take on French nouvelle cuisine, and laid the groundwork Doyle’s next projects Le Trianon, Cicada and Celsius.

He’s no stranger to teaching though – and is responsible for guiding Jordan Toft of Bert’s and Saint Peter’s Josh Niland, who both earned their stripes under his mentorship.

So, why now? “It was a matter of timing really. The opportunity arose for the school around the same time I was thinking about doing something different. I was thinking, well, it’s time,” Doyle told Broadsheet, laughing at having worked so hard for so long. “But I’d like to keep doing something.”

Asked if the planned apprenticeship program is something he’d have benefited from at the beginning of his career, he says: “It was a completely different era. The only cooking school in the whole of NSW was at Sydney’s TAFE in Darlinghurst.”

“It’ll be an officially accredited program. It has to be. It’s an in-house school for Merivale … we’re just trying to encourage more apprentices to join the trade. Merivale is growing all the time.”

Est.’s head chef Jacob Davey, who has worked alongside Doyle for the past three years, will take the reins in June with a brand new menu poised for release in July.

“I’ve been mentoring him and getting him ready for the position in a way. When he came to Est. he was already pretty well formed, and so it’s just been a matter of getting him used to the kitchen and the Merivale environment,” says Doyle.

But asked whether he thinks Davey will take Est. in an entirely new direction, Doyle says it’s up in the air. “He’s quite … I don’t want to use the word contemporary … up to speed. He has more of a European taste, a little bit classic. He may have something totally exciting in store he hasn’t told me about yet,” he says.

To pay tribute to Doyle the restaurant is unveiling “Peter Doyle’s Best. Years”– a menu of iconic dishes that have defined his 44-year career. There’ll be pan-fried John Dory with grilled scallops, spinach and carrot juice; and a juniper-crusted venison saddle with beetroot, boudin noir, chestnuts and cocoa paper.

How does Doyle feel about approaching this crossroads? “I haven’t had time to think about any of that stuff yet, but I like this. You get lucky sometimes.”

Peter Doyle’s Best. Years menu will be available at Est. from April 30 until June 2.