After 13 Years, Glass Brasserie Drops Some Cash on a Renovation

With a new chef’s table for ringside dining. 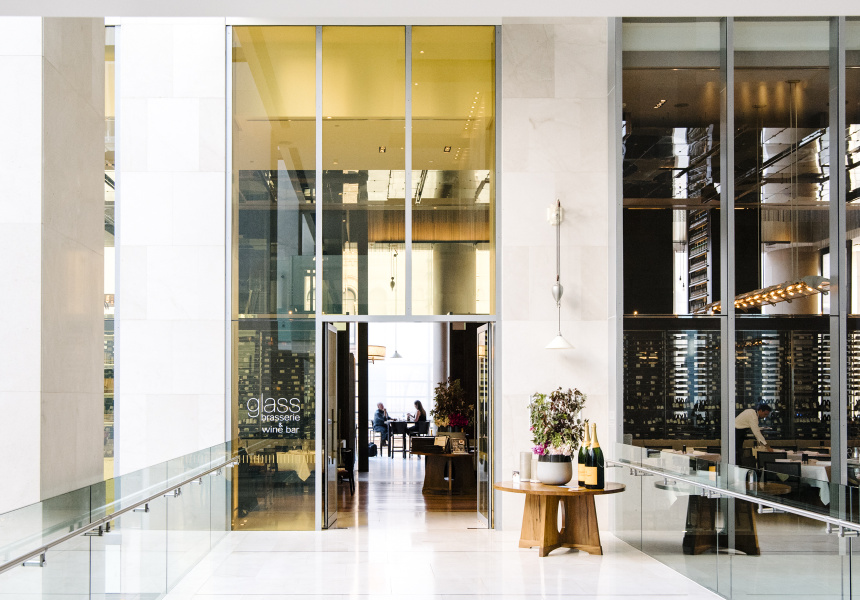 Is $1.5 million too much to spend on a kitchen? Not according to Luke Mangan, who has reopened his Sydney stalwart Glass Brasserie in the Hilton with some fancy additions.

“We ripped the whole kitchen out,” says Mangan. “We’re in our 13th year and it’s been a very successful 13 years, so the kitchen has been under wear and tear. We didn’t hold back on anything. We’ve got everything we need and want.”

That includes an exhaust system that blows fresh air-conditioned air back into the kitchen and top-of-the-line equipment, such as grills and ovens. “It certainly adds up,” he says.

Some of the cost also comes down to the size of the kitchen, which Mangan says on a Friday and Saturday night could turn over 300 covers.

For punters though, it’s the new chef’s table that will be of most interest. Next to the open kitchen, it gives diners a front-row seat to the cooking action. “It's a beautiful marble table that seats eight to 10 people. Customers can have whatever they want – degustation only or a la carte,” says Mangan.

Glass’s dining room has also had a touch up, with the floors sanded back, walls painted and new upholstery added to the lounges. What hasn’t changed says Mangan, is the food philosophy, which he argues is part of what has kept the restaurant successful, and popular with the business lunch crowd. “We haven’t really followed trends; we’ve stayed true to what we're doing, using great simple ingredients and making good, simple food,” he says.

The menu includes the likes of oysters shucked to order; sashimi, crab and enoki mushroom omelette; and a 450-gram Angus rib eye cooked on the grill. The drinks list is extensive, with a fairly impressive “wine wall” in the centre of the dining room stocking 3500 bottles. There are more than 1000 drops on offer, ranging from a $1950 magnum of Salon Le Mesnil Champagne to plenty of interesting wines for around $16 a glass. “We have so much invested in amazing wine,” says Mangan.