A1 Canteen Has Released a Christmas Version of Its Famous Muffuletta 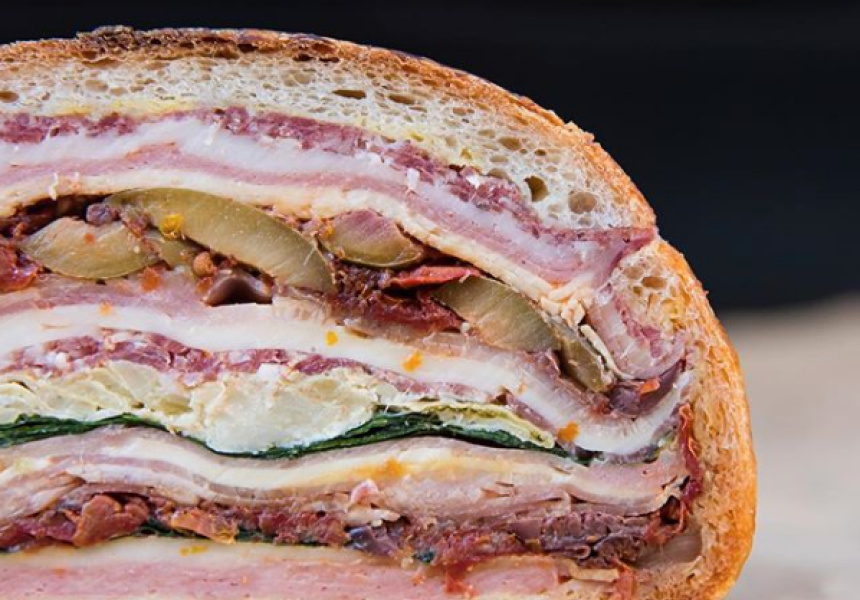 Photography: Courtesy of A1 Canteen
1/6
by Yvonne C Lam
Share

Chippendale’s A1 Canteen has made waves with its mighty muffuletta, a rainbow cross-sectional sandwich of deli meats, cheese and bread that takes two days to make.

But wait until you see its Christmas-edition muffuletta that’s available whole, to order, for your festive table.

If the regular muffuletta is the undisputed king of the sandwiches, this one is the emperor to rule them all. A1 Canteen – which was one of Broadsheet’s best cafes of 2018 – bakes the cob-like loaf, hollows it out, and packs it with glazed ham, roast turkey, roast chicken and stuffing, followed with provolone, pumpkin, artichokes, capers and piccalilli (British-style pickles). It reads like a turducken, in sandwich form.

And the stats? The big kahuna weighs in at about two and a half kilograms, and will serve 10 to 12 people. It’s yours for $150, though orders are on a first-come-first-served basis.

The Christmas muffuletta will also be available by the slice at A1 Canteen until December 24.

Orders for the whole Christmas muffuletta can be made via email to info@a1canteen.com.au until allocation is exhausted. Last orders by December 14.