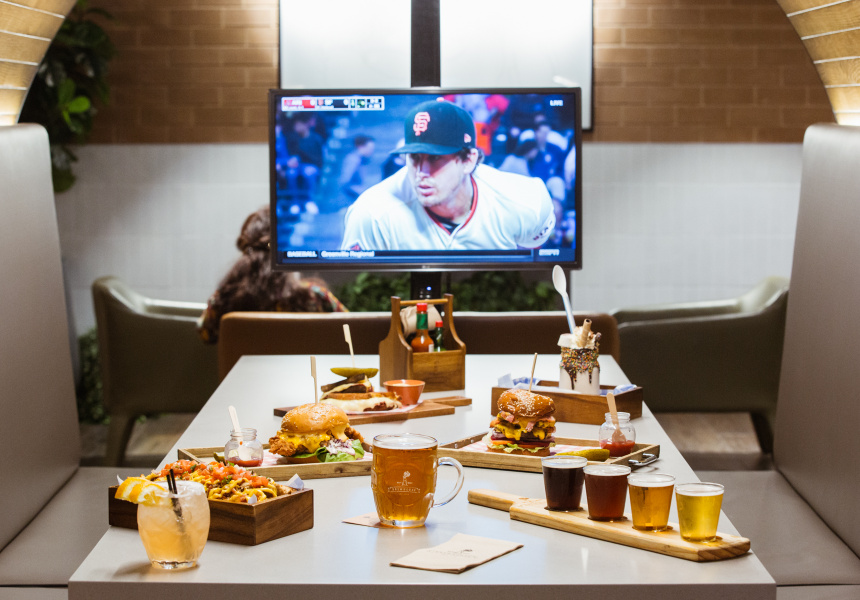 Bankstown Sports Club is vast. A little world unto itself, it comes complete with “Little Italy”, Chinatown and a sizeable casino. But underneath the bright lights is a bar dedicated to brews and burgers, Basement Brewhouse, which reopened in November last year following a mammoth refurbishment. The hybrid venue recently received a few new shiny toys including copper tanks holding 100 litres of beer.

It's out to offer plenty of different experiences: with a theatrical kitchen, soundproof “barrel” booths and plenty of screens for live sport. But it’s the microbrewery that’s the main attraction.

Behind a bar featuring 26 taps, four fermenters loom. Here, head brewer Mark Neal uses wort (ground malt), which is made off site to create a range of brews, stored and showcased in a crazily lit cool room at the back of the bar.

Neal has been head brewer here since January last year, following stints in Canada and at Sir Chapel at the Tramsheds. Since his arrival, he’s been tweaking the existing range of beer and adding others. The brewery now has 14 different beers – 10 of which are on draught at any one time. The response has been impressive. Just recently two copper serving tanks were installed – each holding 1000 litres of beer to accommodate growing demand. Regulars on the menu include a clean-style pale ale and a fruity APA; a well-balanced IPA and a porter, made using coffee roasted upstairs, rotate in and out. Beyond 10 in-house taps, there are draught wines, cocktails and a range of craft beers from across the country.

“The bar is exempt from all contracts, so we can serve what we want,” says Neal, whose bar stocks beers from Pirate Life, Modus Operandi, BentSpoke and Batch. “People here had nowhere else to go to get the beers they wanted. They’ve helped to make this a hub. There’s a need for it here and we’ve taken the lead.”

Beyond beer, customers can enjoy a range decadent burgers, hot dogs and boozy shakes from the “burger bar”, or pursue a selection of cured meats and cheeses from the delicatessen.

There are plans afoot to introduce a nano system for kettle souring and barrel ageing, too.