The 4 Pines Brewing Company has made a name producing and purveying its acclaimed range of beers from its brewery in Brookvale and bar in Manly. We had a chat to the guys as they prepared to mark five years in operation. 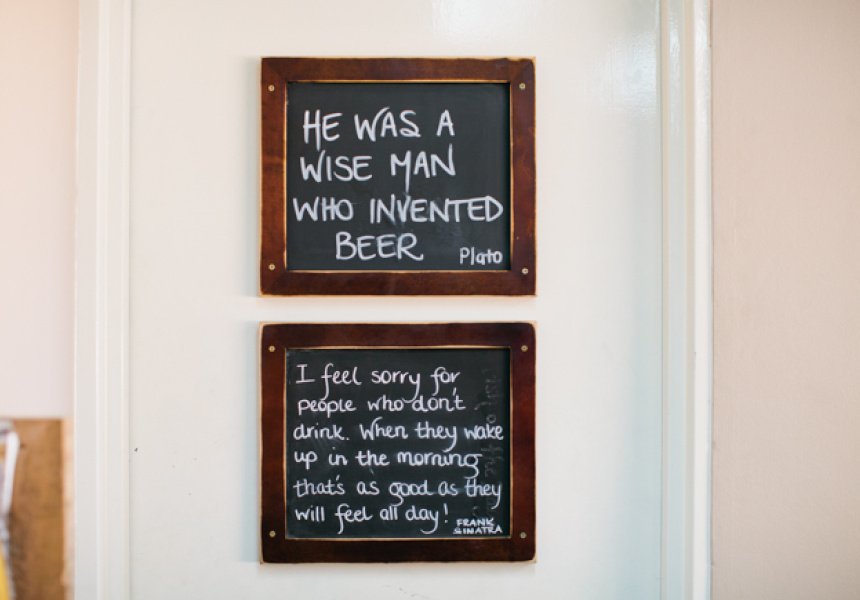 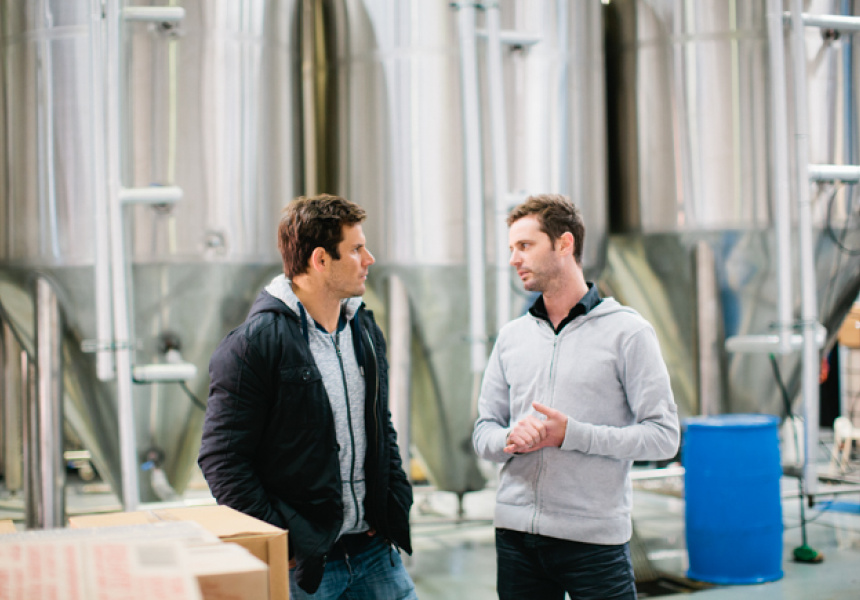 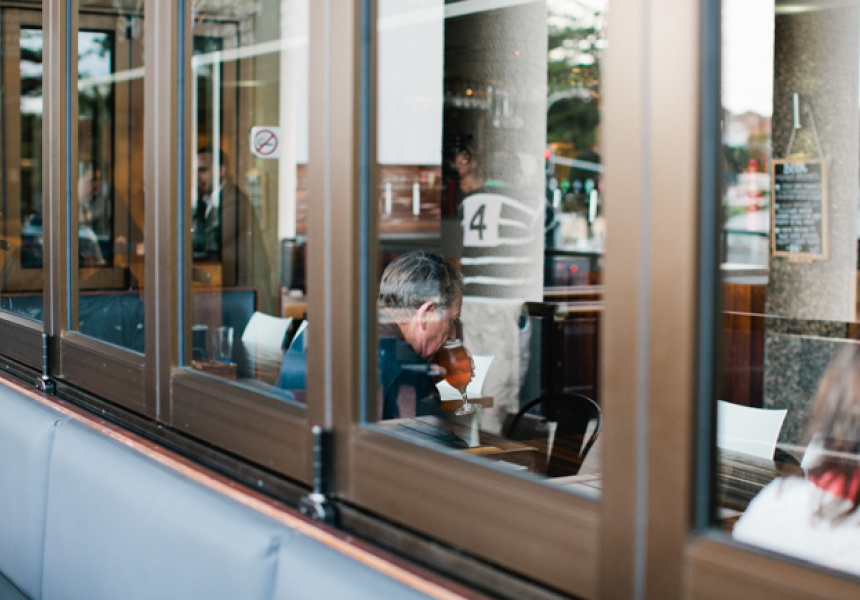 After starting out with their microbrewery and bar in Manly, 4 Pines Brewing Company has grown from a niche beer producer to a company that now ships beers all over Australia. They've done it by sourcing the best and most interesting ingredients and by following simple production methods – and they've garnered more than a few fans along the way.

Heading up 4 Pines is Jaron Mitchell, the company's general manager. As you might expect, he loves to talk beer. “Everyone should eat some hops at least once in their life,” says Mitchell, as he rifles through a large package of the stuff. “These are Citra hops from the USA and 4 Pines was one of the first Australian breweries to use them in their beer. They're ridiculously bitter, that'll kick in after you chew on them for a while, but you'll understand then how we get our flavours in our beer.”

Mitchell is perched at the top of a staircase, surveying the giant vats where the beer is made. Soon he's joined by brewers Garret and Chris, and with their help, he's explaining the day's operations. “At six this morning we milled the grain. Then hops and water were added in this tank,” he says, tracing the beer's path. This morning's brew is now resting in another tank, where it will sit for a week, after the yeast is added.

Not long after it was founded in 2008, 4 Pines outgrew their cramped microbrewery in Manly and were forced to contract out some of their brewing. “We did some contract brewing, but we wanted to do it all ourselves,” says Mitchell. So a year ago, they opened the Brookvale facility, upgrading from 500-litre tanks to 5000-litre tanks, greatly increasing their production capability.

Their core range of beers comprises their Pale Ale, Kolsch, Hefeweizen and Stout varieties, in addition to their Extra Special Bitter and a cider (available at their bar). These are accompanied by their Keller Door beers: small batch beers often designed to celebrate specific events or occasions. They produce around 40 Keller Door beers a year and their latest effort is the El Dorado IPA, in honour of American Independence Day. “It's a full-bodied IPA with watermelon and fairy-floss flavours,” explains Mitchell.

Part of the Keller Door series is their Beer Mimics Food venture, which sees them collaborating with chefs from around Australia. Currently at the Manly bar, Alejandro Cancino from Urbane restaurant in Brisbane is working with 4 Pines to make a Japanese-style lager containing soy, seaweed and yuzu, which is being brewed to celebrate Brisbane Craft Beer Week. All of this is being done in the corner of the bar, so patrons sipping 4 Pines brews can see the beer-making process in action.

The Manly microbrewery was one of the first of its kind in Sydney and plenty more have arrived in its wake. Indeed, according to Mitchell, the future of Sydney's craft brewing scene is looking up. “Sydney is still a bit of a sleeping giant – we still have a long way to go to catch up to places like New Zealand, which has a really exciting craft beer scene with lots of small breweries.”

And what's next for 4 Pines? “We've just moved into 500-millitre bottles and we're really excited about the El Dorado IPA, which will be released soon. That and producing more Keller Door beers. We just want to keep bringing our customers delicious and exciting beers.”

It sounds good to us.