4 Fourteen by the Team From 4 in Hand

The crew at 4 in Hand move one suburb over to open their hearty new eatery. 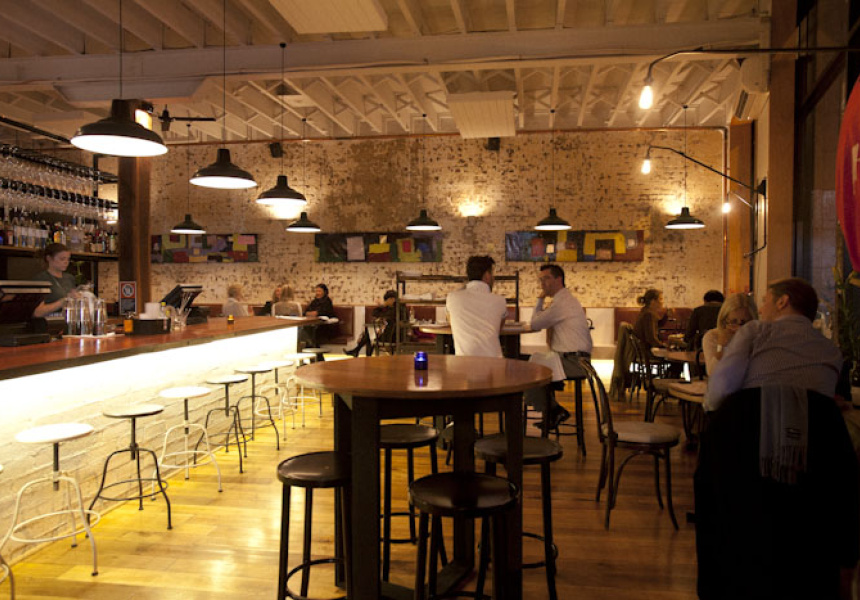 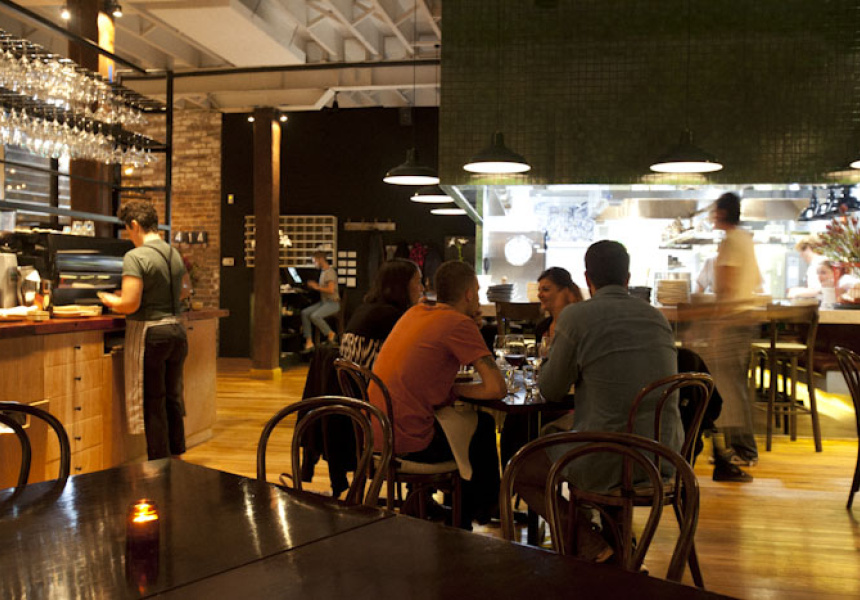 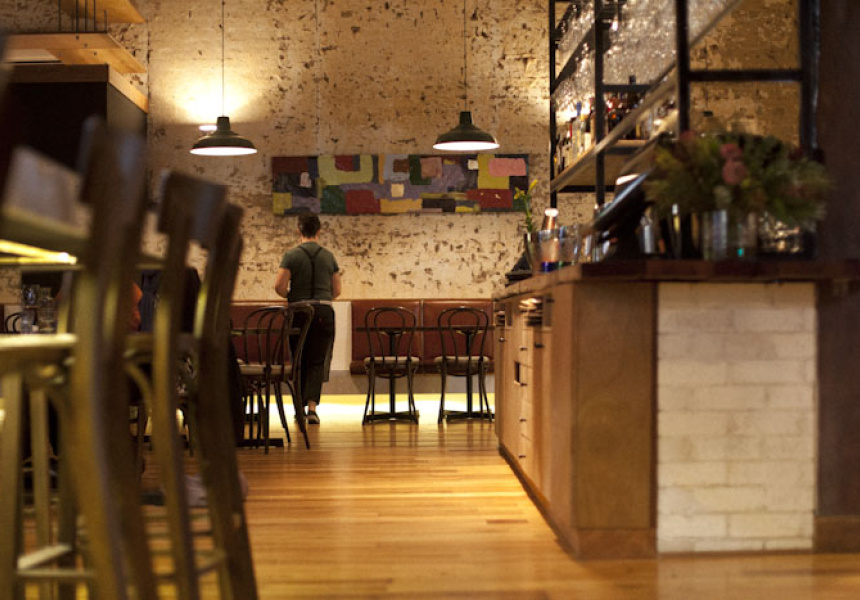 The new eatery from the team that brought us Paddington’s 4 in Hand has opened to much anticipation in Surry Hills. Just a suburb over from the well-loved hotel, chefs Colin Fassnidge and Carla Jones are turning out hearty and rich fare that is big on flavour at the new 4 Fourteen.

“A lot of people were waiting for us to open,” says Fassnidge. “We just didn’t realise the power of the 4 in Hand.”

The team have revamped the space that, until recently, housed the pastry chain Le Pain Quotidian, with the design skills of Annie Snell.

“It was sort of like they had this canvas with a shit picture on top and we scraped it back and this was all underneath.”

They’ve expanded the kitchen and reworked the space into raw bricks, huge windows, bottle-green tiles and industrial-chic. It’s a reflection of what everybody wants a taste of – casual dining with an added warehouse conversion. But just to buck the trend, they do take bookings.

“We’ve been doing about 150 every night. In two nights here, we do what I did in a week at the 4 in Hand. It’s awesome, just no sleep,” laughs Fassnidge.

And the one dish to try? “Anything pork. The suckling pig or the pig’s tail. That’s our philosophy, nose-to-tail.”

Hours
Lunch, Tue to Sun from noon
Dinner, Tue to Sat from 6pm