This is a beer and cider festival that pushes things to the extreme. 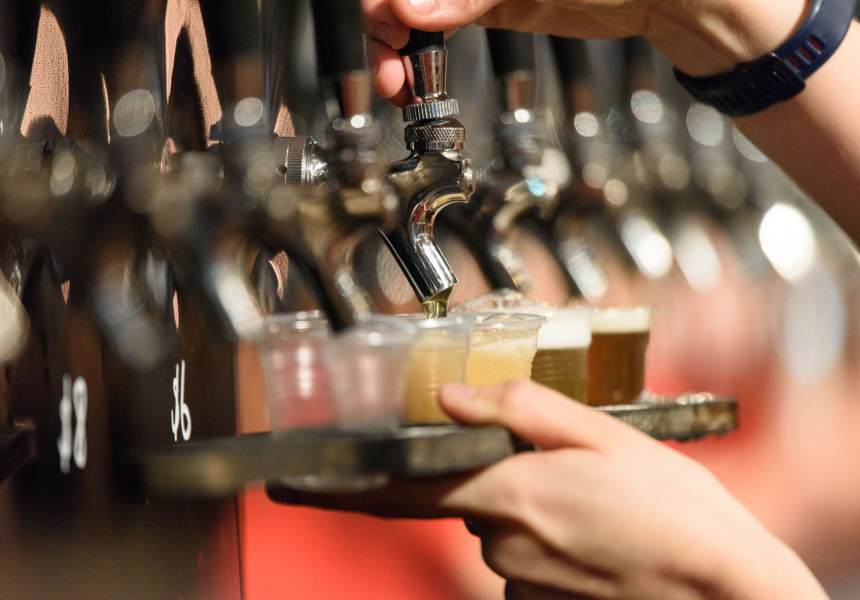 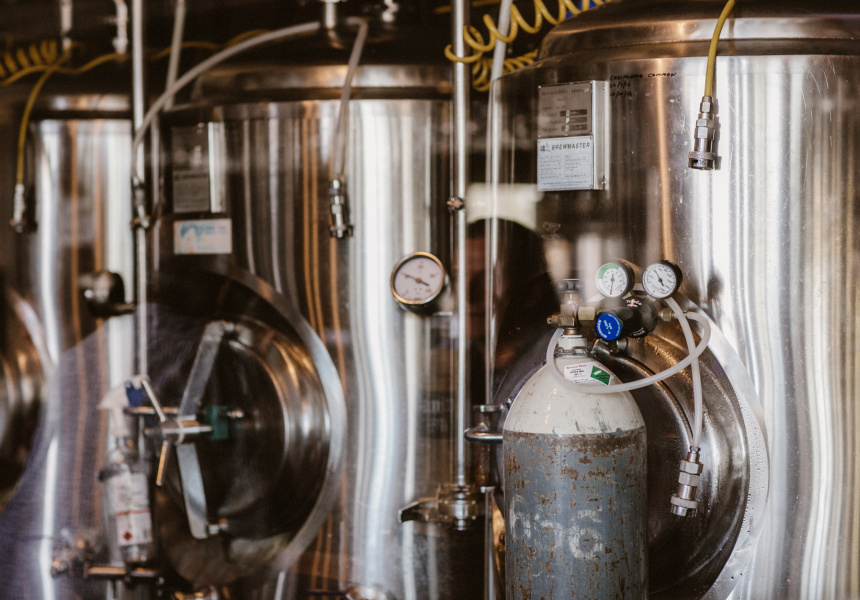 Beer made to taste like rocky road, or cider that mimics apple crumble? How about ingredients such as belly-button lint, Carolina Reaper chilli, and even ambergris (whale vomit)? Welcome to the most interesting beer event you’ll ever attend: the GABS Beer, Cider and Food Festival.

The weekend event starts in Melbourne on May 19, before travelling up to Sydney on May 27, then to Auckland in June. There are more than 170 beers and ciders from producers around the world, made especially for the festival.

There are no ambergris or belly-button beers this year (like there were in 2016) but we were lucky enough to get a preview of what’s in store in 2017. Get ready, it’s about to get weird.

With a name like Bone And Marrow, at a festival like GABS, you might think Queensland’s Aether Brewing has literally used bone marrow in its beer. You’d be right. A mixture of double-smoked marrow and bones were used throughout the process in this “double” Irish Red Ale. The brewer says it got the idea one night over a dinner of offal. Irish Red Ales have a fruit and caramel malt character, and Aether says the marrow helps with a subtle savoury flavour.

Ever heard of Purl? English literature students might have – it’s an old English drink referred to by Shakespeare and Charles Dickens, made by infusing ale with wormwood (a plant commonly added to absinthe for flavour). Tasmania’s Double Head has recreated the long-lost drink and added gentian root, kola nuts, star anise and orange peel. Double Head tells us it has a unique complexity, while being dark and roasty.

Pact Beer Co – Who Poured The Porter In The Cookie Jar? (5%)

The idea of a “liquid dessert” isn’t crazy at GABS where chocolate- and fruit-infused beers are everywhere. Pact, from Canberra, has taken this a step further and teamed up with biscuit-makers Butterbing; they’re using kilos of cookie sandwiches in the beer. Beer and cookies? How could you resist?

This is an imperial Belgian-style stout with popcorn added by the NSW brewers in the mashing process (where the grain is turned into sugar) and fairy floss added during fermentation. HopDog has even added Turkish delight, and lactose for body. When asked where the idea came from, brewer Tim Thomas says, “not too sure. I think it was for a laugh originally.” Expect it to be sweet, rich and decadently tasty. Just like a Turkish delight.

Sydney-based 4 Pines describes this beer as being “clear as melted snow” and “anti-craft”. Craft beer is usually about natural ingredients and beer in a broad range of colours. This is the opposite. It’s the most unnatural beer the team could conjure. It’s triple-filtered and uses isinglass finings to make it almost see-through. And for it 4 Pines uses roast essence, hop oil and a product known as tetrahop for flavour, which is commonly used by industrial lager breweries; most craft brewers would run a mile from it. Clear, hoppy and apparently as roasty as a classic stout.

Melbourne’s Moon Dog says the idea for this beer was a “vision from God” and it’s named after Belgian powerlifter and strong man, Jimmy Laureys. The beer itself is 22 per cent ABV and is made with a technique known as “double mash” – the brewer makes one beer, then uses the sugary liquid – known as wort and pronounced “wert” – in place of water for a second beer. The result, Moon Dog says, is “powerful”. It’s the highest-strength beer at the festival, so be careful with this one.

Taking a pear-cider base (made with Beurre Bosc pears), Napoleone has dosed this cider with wild yeast and bacteria normally found in traditional Belgian sour beers. Then it is aged in ex-apple-brandy barrels. The Victorian brewery says it’s “puckering”, but the sour citrus flavours are offset by vanilla, brandy and baked pear. There is warmth from the barrel, and crisp sourness from the cider. An unusual combination that will have you rethinking what cider can be.

Calpis is a fermented milk drink popular in Japan. It’s creamy, lightly acidic and has hints of yogurt and vanilla. “Kids in Japan have been combining Calpis and Kirin for yonks,” Sailors Grave says, and the Victorian brewery has taken that as inspiration for its Milky Way brew. Brewers used yoghurt to introduce lactobacillus (which sours the beer) and added lactose, vanilla bean and custard apple. Imagine the taste of vanilla yogurt with stewed apples.

This is the first beer in Australia to be made in clay amphora, vessels, used to ferment wine and beer in ancient times. After falling out of favour they were replaced by wooden barrels and stainless steel, but amphoras are making a comeback. This is an easy-drinking wheat beer that brewers say has picked up mineral and oxidative character from six weeks in the amphora.

This one isn’t weird. There’s no meat, no spice, no fruit, no chilli. It doesn’t sit in an ex-wine barrel and the brewer hasn’t harvested the tears of doves. Quite simply, this is an American-style brown ale. That means caramel and chocolate flavours, offset by citrus and pine flavours from hops. That’s it. Water, malt, yeast and hops. Just like most other beers we drink. And at GABS, that is truly unique.