There’s something the pastry chef loves more than cake. 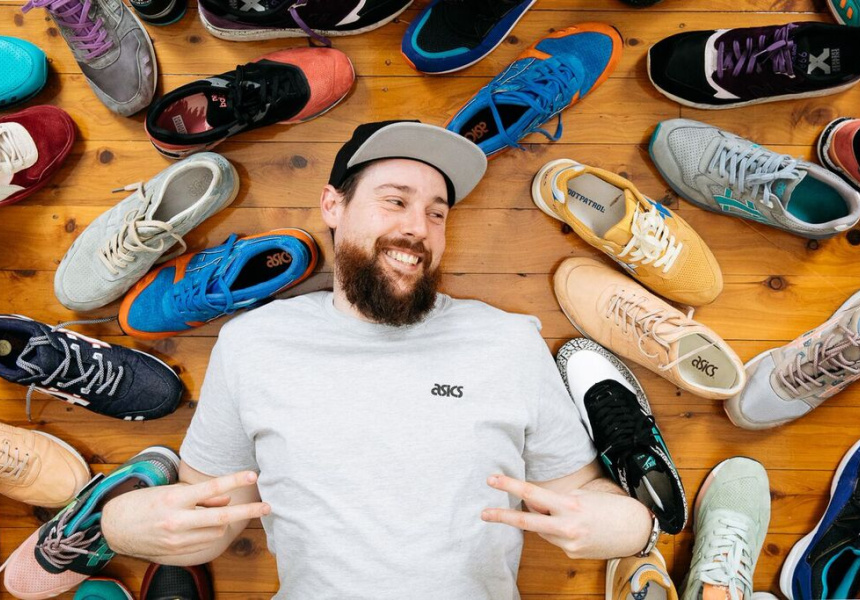 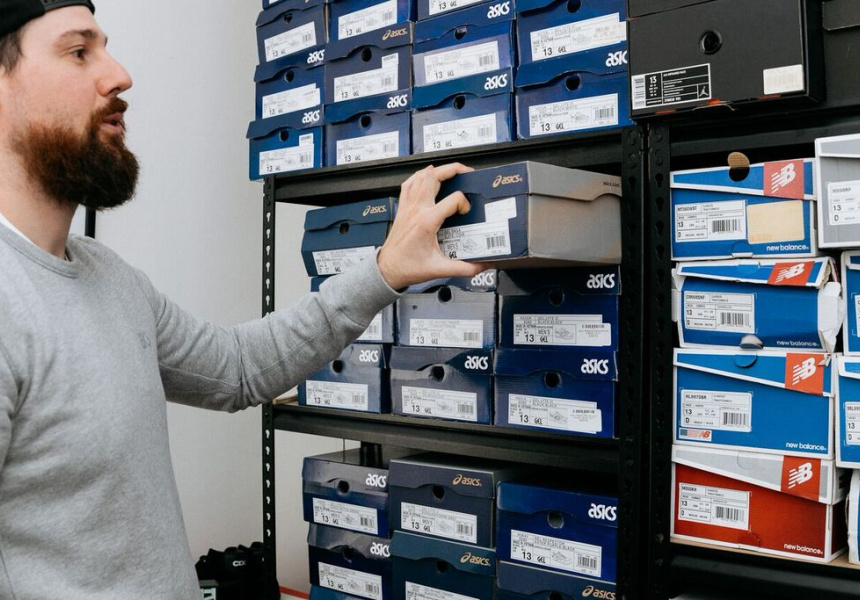 Andrew Bowden was scouting sneakers on Gumtree when he stumbled across the old Ballers Polpetteria site on Enmore Road, not far from Hartsyard, the restaurant where his cakes rose to fame.

He left Hartsyard in 2012 to go out on his own and make his now-legendary bespoke cakes out of the Gelato Messina kitchen. Bowden (known to his 49,600 Instagram followers as Andy Bowdy) recently announced he’s opening a cafe in Enmore this November.

“I always wanted to open a cake and shoe shop called Cakes and Kicks. But I got talked out of that idea,” he admits.

Earlier this year Bowden launched #CakesandKicks on his Instagram, pairing his two loves in the one, professionally shot image, instead.

“Currently, I own about 160 pairs,” he says. “They’re in our spare room, stacked up to the roof on some Bunnings racks. My girlfriend’s mum sleeps in this room when she stays over and she tells me it’s quite claustrophobic.”

His followers might have been anticipating a straight-up cake factory on the new site, but the 31-year-old pastry chef was never keen on the idea.

“I don’t really want to have a pastry-production kitchen where I just pump out thousands of cakes. I’d rather have a more inviting environment where people can come and hang,” he says.

His partner, Maddison Howes, is coming across from Harstyard (she’s restaurant manager) next month.

As expected, the cafe will be dessert-focused, with mini Harstyard-style pies (in the past they’ve contained everything from salted-honey custard, to smoked-wood ice-cream); soft serve; and slab cake by the slice, but Bowden will also flex skills learned during his days working the kitchens of restaurants such as Wildfire.

“There’s going to be sandwiches; a little bit of savoury. I have a liquor license, so there’s always the possibility of doing dessert nights on weekends and matching desserts with wines. I also want to do collaborations with pastry-chef friends.”

For the moment, it’s back to Gumtree to source a decently priced soft-serve machine. And maybe more sneakers.

BS: Your cakes are known for their depth and layers. Would you say the same for your fashion style? AB: No, I prefer wearing plain stuff and spending the majority of my wardrobe budget on my feet. Every time I plan on buying clothes I get sidetracked and come home with shoes instead. Clothes-wise, it’s usually jeans, a plain T-shirt and I always wear a cap – I’m losing my hair, so I’ve decided it’s best to invest in caps. I send friends on shopping expeditions to Supreme in New York to get my caps for me.

BS: What about your work uniform? AB: I’ve actually moved away from wearing clogs in the kitchen; I wear trainers now. You know how most chefs wear Birkenstocks for safety reasons? I have back problems, so the podiatrist and physio told me not to wear them anymore. Apparently, they’re not actually that good for your feet, which is fine by me. So I guess my fashion in the kitchen is where I want it to be, finally, because I get to wear chinos and sneakers. I’d like to wear a plain white T-shirt in my own kitchen one day, and drop the white chef’s jacket.

BS: What are some of your all-time favourite sneakers? AB: I always liked Jordans when I was growing up at school – I got my first pair when I was in Year Four. I remember getting Reebok Pumps the year before that and spitting the dummy – I’m pretty sure I had a mega-tantrum. I don’t wear Jordans so much anymore. Now, I’m more into trainer-style shoes like Asics and New Balance. Asics are my go-to shoes – I’ve got about 62 pairs at the moment.

BS: Where else do you buy sneakers? AB: There’s a store on Oxford Street in Sydney called Above The Clouds – I get most of my sneakers from there. And also on Facebook groups. I’ve only recently discovered these things existed and it’s probably the worst thing that’s happened to me. There’s a whole world of people out there who are as sick as me. And from eBay and Gumtree, too.

BS: Is there anyone whose style you admire? AB: I wouldn’t say I really follow anyone’s fashion – I just wear what I feel comfortable in. I’ve kind of decided that I really enjoy living in tracksuits at the moment: “sports luxe”. Recently, I saw a velour tracksuit and I thought, “that’s pretty cool”. Then my girlfriend told me there’s no fucking way she’s going anywhere with me in a full velour tracksuit. 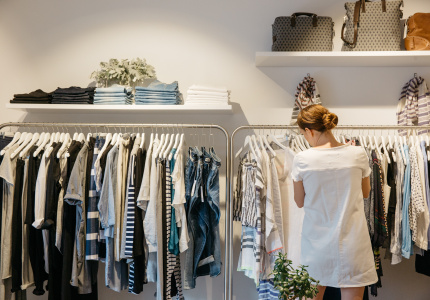