The rules of the winter wardrobe are vastly different from summer dressing conventions in that they involve significantly more clothes. Patrick Johnson of PJohnson Tailors suggests how to tackle winter dressing. 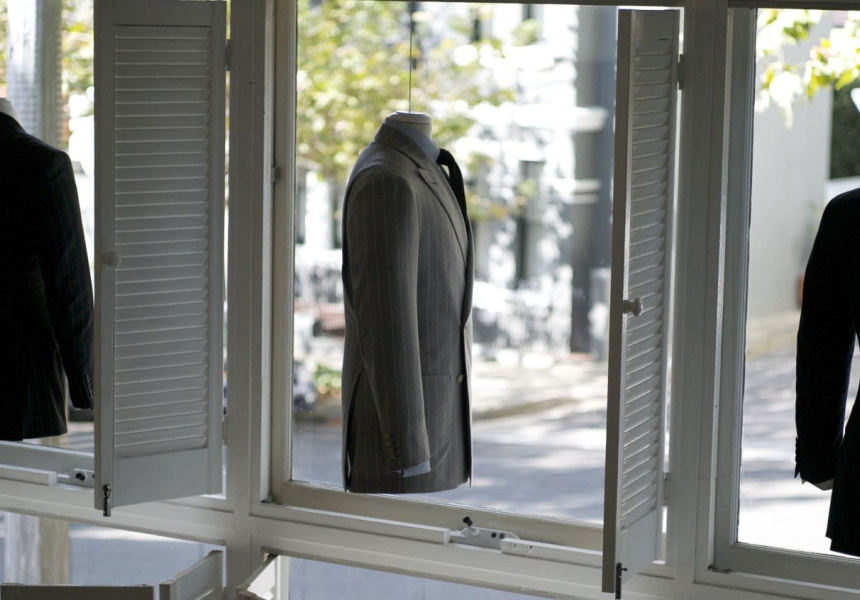 Garments and cloths that the prohibitive heat of the summer months make unthinkable become indispensable through July and August. This makes winter dressing both a unique pleasure and a potential minefield.

Suits and Boots
Winter is a great time to explore the sturdier end of the footwear spectrum. Chelsea, RM Williams, chukka or brogue boots will do an infinitely better job of wearing the wind and wet than their below ankle counterparts. Worn with a suit they have that unlikely advantage of looking just the slightest bit out of place, achieving that holy grail of menswear: an interesting outfit that looks like it has been thrown together with little consideration.

Bad Boots
Wearing boots is not without its pitfalls. Boots should be worn with a narrower legged trouser; there is something about the way their upper section grips the ankle that makes them look very peculiar under a more generous cut. Do not wear cowboy boots. Leave them for the strippers and the Texans: anyone else will look like they are in fancy dress or having some kind of life crisis. Also resist the urge to tuck your trousers into your boots; if you want to show them off simply roll your trouser up a fraction.

An Extra Layer
The problem of what to wear under your suit jacket to keep warm in the office is a conundrum few men have dealt with well. The most common option, the pullover, has an air of the schoolboy about it that deftly robs its wearer of any gravitas he may have had. Its rarer counterpart, the waistcoat, now looks so pompous and old fashioned that people will assume you have got lost on the way to a jazz-age revival fair or a job as an extra in some Churchillian TV drama. The answer is to wear a cardigan; sleeved is good but in my experience sleeveless is better as they allow more movement and don’t bulk up your jacket as much. Wear a bold one unbuttoned and you won’t even see it aside from the occasional pleasing flash of colour.

Roll Necks
Wearing a black roll neck will not make you look like architect/designer: it will make you look unimaginative and like you have been dressed by your wife/girlfriend/partner/mother. A roll neck is like a pencil mustache or speed free-climbing: best avoided altogether unless you really know what you are doing. If you insist on wearing one then you must be slim; it should be in a deep hue such as dark green or maroon; and it should be worn at the more formal end of the smart causal spectrum with a single-breasted grey flannel suit for example.

Adventure wear with suits
Don’t do this. Ski jackets or gloves over suits are the most persistent offenders. I know it’s cold and early and you don’t care, you just want to be comfortable on your way to work but if you’re grown up enough to have a job that requires you to wear a suit you’re grown up enough to have an over coat. You wouldn’t wear your brogues to Buller. Have some respect for the different roles of your wardrobes.

Trench Coats
Trench coats are a winter staple around the world, and for good reason. They are weatherproof, are designed to sit well over a suit, breathe nicely, and have a useful array of pockets and straps. Their military heritage gives them a certain rugged formality. If you wear one make sure it is fitted; there seems to be a preference in older men to buy trench coats massively over sized, presumably in anticipation of a rapidly expanding waistline or bulky layers of clothes. But they make you look like a shoplifter or a flasher, so please don’t allow yourself to be profiled in this way. Leather jackets: Much like the Roll Neck, leather jackets very rarely work well. More often than not they are tricked up with embellishments to make the wearer look like an extra from Too Fast Too Furious: Tokyo Drift. Yes the girls are hot in that film (it was a long plane ride and I am a light sleeper) but the guys are knobs, which is what you will be in your new leather jacket.