Dresden is disrupting the eyewear sector, taking its innovative Australian product around the world. In partnership with City of Sydney, founder Bruce Jeffreys shares the company’s heartening origin story. 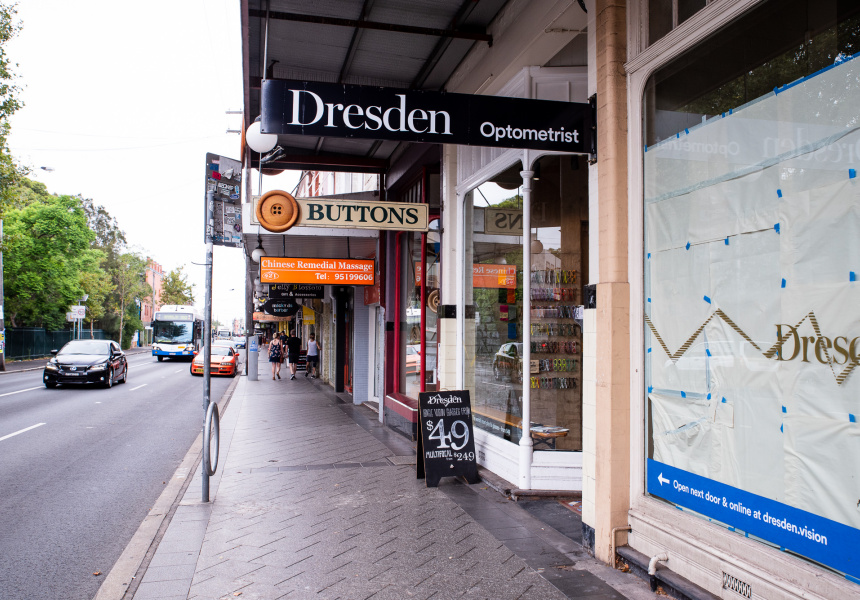 Like the best business ideas, Sydney eyewear start-up Dresden came about when its founder, Bruce Jeffreys, tried to solve a problem.

A long-time glasses wearer, Jeffreys was frustrated with the whole process of buying glasses: the exorbitant cost, the lengthy wait time for new frames, and how easily his glasses broke, especially with two young children in the mix. “They were just so impractical,” he says.

Jeffreys has an entrepreneurial streak – he established car-share start-up Go Get in 2003 – and he applied this business nous to the challenge of making glasses better for both customers and the planet. He teamed up with Jason McDermott, a designer, entrepreneur and fellow glasses-wearer, to disrupt the optical industry. “We started with a blank sheet of paper and redesigned the whole system,” he says.

The result was an entirely new business model. Dresden offers a single style of glasses: a modular frame that comes in four sizes and hundreds of colours. Lenses and arms are changeable, which means a pair of prescription glasses can be prepared on the spot.

They’re also affordable – prices start at $49 for frames with a standard prescription lens – and come with a lifetime warranty. “The glasses are made from super-strong nylon, which means they’re really hard to break,” he says. “We’re changing the way people interact with glasses.”

Dresden is also shaking up the manufacturing model. “We’ve developed a process that is completely different to how glasses are currently made. It’s a closed-loop system, so there’s no waste,” says Jeffreys.

For Jeffreys, creating a sustainable product was a no-brainer. “It’s 2018!” he says. “We should be able to make things that are recyclable, have a low impact on the environment and work really well.”

The glasses are made in a factory in Lakemba from recycled plastics including discarded fishing nets and trimmings leftover from the manufacture of Australian bank notes. “There’s about two or three thousand bucks’ worth of money in one pair of frames,” he says. The glasses are produced ready-to-wear, avoiding the application of toxic chemicals normally used to finish frames in the traditional manufacturing process.

Jeffreys and McDermott tested the frames on around 1000 people at the iconic Newtown Festival to refine the design before opening the first Dresden store in Newtown in 2015. Newtown – a locale known for its bustling street traffic and idiosyncrasies – was the perfect location. There aren’t many areas that can boast everything from a Mexican wrestler-inspired bar and dog-friendly hairdressers, to a sophisticated, hidden speakeasy. The very fact that Newtown Festival has been going strong for over 40 years is testament to the community spirit of the area.

But it was still a nervous moment for Jeffreys. “We were the first eyewear company in the world to open a store with only one style of glasses,” he reflects, a note of incredulity in his voice.

He needn’t have worried. Within two or three days, word got around and a steady flow of customers walked through the door, all saying the same thing: “This is what I’ve been looking for – glasses that are strong, durable and simple’.”

Today, Dresden operates 13 stores in five cities around the world: Sydney, Melbourne, Brisbane, Auckland and Toronto, and there are plans to keep expanding. “We’re the only manufacturer of frames in Australia and now we’re exporting them,” Jeffreys says.

The inner west proved to be an ideal environment to develop and test Dresden’s innovative product, says the Newtown local. In fact, the bespectacled entrepreneur can often be found wandering around Newtown bookshop Better Read Than Dead or slurping ramen at Rising Sun Workshop. “It’s an area that’s really open to new things,” he says. “People here respect someone who’s having a go.”