Riding in on the '90s revival, one of California’s original streetwear labels brings its cult bucket hats, T-shirts and shirts to the Antipodes. 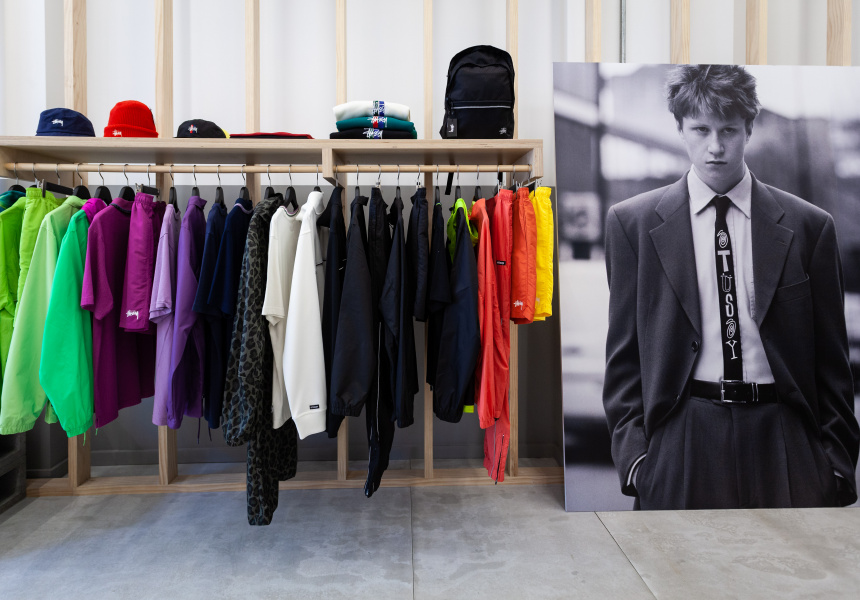 It was southern California’s energetic surf and skate scene that birthed one of the world’s original streetwear labels, Stüssy, in 1980. Last week, Stüssy opened its first Australian flagship – or “chapter”, in Stüssy vernacular – in Darlinghurst, in Sydney’s inner east.

The boutique reflects the same pared-back, contemporary, industrial design found in the label’s Amsterdam, Los Angeles, London and Toronto stores. And, while the label had its heyday in the ’90s, the store is very now: blond timber, palms, minimal clutter.

The label originated in Laguna Beach (south of LA) in 1980, when Shawn Stüssy started crafting surfboards decorated with reggae and punk-inspired motifs. Every board was finished with his signature in black, felt-tip marker. In 1984, Stüssy decided to partner with accountant Frank Sinatra Jr (no relation to the singer) on a namesake fashion line, specialising in caps emblazoned with a pair of intertwined Ss and graffiti-style logo.

That logo became one of the most recognisable graphics in the fashion world – up there with Chanel’s Cs and Louis Vuitton’s monogramed print – and a global streetwear empire was born.

It’s been called one of the greatest streetwear labels of all time, with Bobby Hundreds, co-founder of The Hundreds saying, “Vision may have coined the term ‘streetwear’, but Shawn Stüssy was the one who created its modern embodiment … Stüssy took a multi-faceted, subculturally diverse, southern California lifestyle-based T-shirt brand and mimicked the limited feel of a high-end luxury brand. And those are the two most integral components of what makes a brand streetwear: T-shirts and exclusivity.”

But the label lost its way in the mid-’90s following Stüssy’s resignation as company president. “That was the lowest point in Stüssy’s history,” Sinatra told Business of Fashion in 2015.

Stüssy now does more business globally than it does in the US, with Japan its largest customer base. This new store in Sydney brings Stüssy’s tally of bricks-and-mortar outlets to 20. 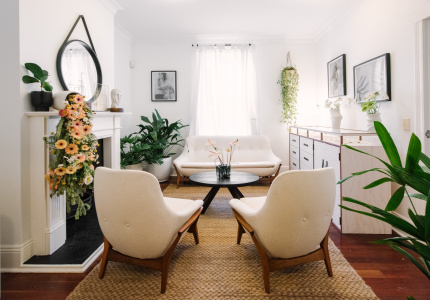 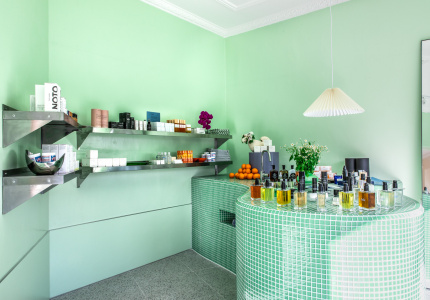