Upstairs from new staple cafe, Brewtown Newtown is an expertly curated retail space by the name of O’Connell Street Merchants. 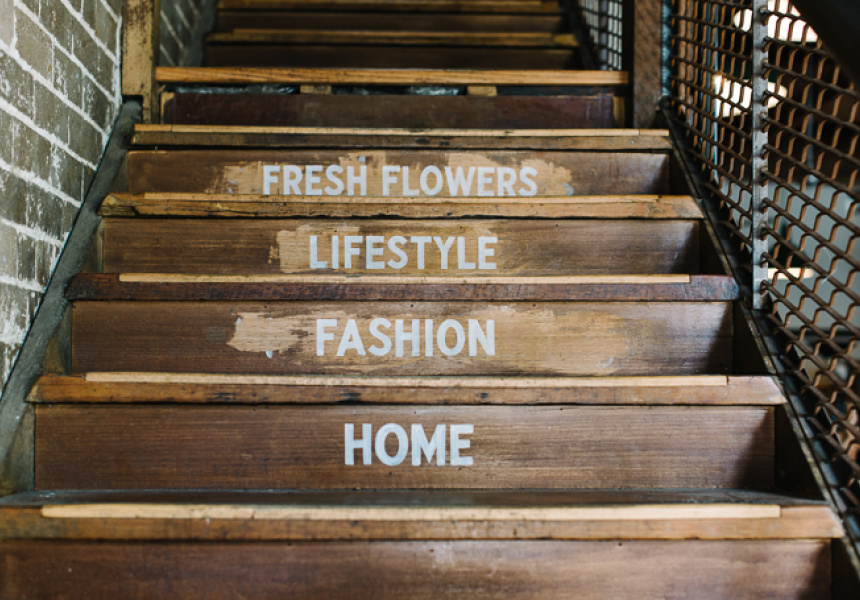 Collaborative retail spaces are popping up all over Sydney at the moment and are becoming the go-to solution for brands looking to increase their physical retail presence without forking out to rent a space just for themselves. Using retail space in this way showcases the individual talents of each merchant involved, often under the curatorial eye of the head of the space. Which is where Lucia Lenarduzzi, curator of O’Connell Street Merchants, comes in.

“I wanted to create a little shopping destination that is an antidote to the mega-mall mentality,” says Lenarduzzi. And O’Connell Street Merchants is just that, with an undeniably homey vibe and a versatile collection of goods for sale.

Light and airy with expansive wood floors and exposed brick walls, the space is scattered with every imaginable knick-knack, from intricate terrarium creations by Candle of Vision to ceramics by Samantha Robinson. Tokyo Bike even had a presence in the store over Christmas, stocking bikes and all the (literal) bells and whistles they produce to make your bike feel truly your own.

“I wanted to stock brands that are really relevant to our lifestyle,” explains Lenarduzzi. “I wanted it to be about thoughtful retail.” Currently housing retailers such as DAN300, Three Over One, Bailey Nelson eyewear and Best in Park dog collars, a focus on good design shines through the entire space. You can even pick up a bunch of flowers from the in-house florist.

Lenarduzzi is currently collating the next batch of designers to take up in the space. She is also in the midst of a collaboration with the Brewtown Newtown team downstairs on an affogato bar, in-house pastries for sale and a Cow & the Moon gelato counter upstairs among the retail offerings.

Whether you’re after an organic cotton T-shirt or an origami-style paper carry bag, O’Connell Street Merchants is very likely to be the place in which to find it.