The world’s most beloved milliner lends his curatorial prowess to the latest edition of luxury publication, A Magazine Curated By. 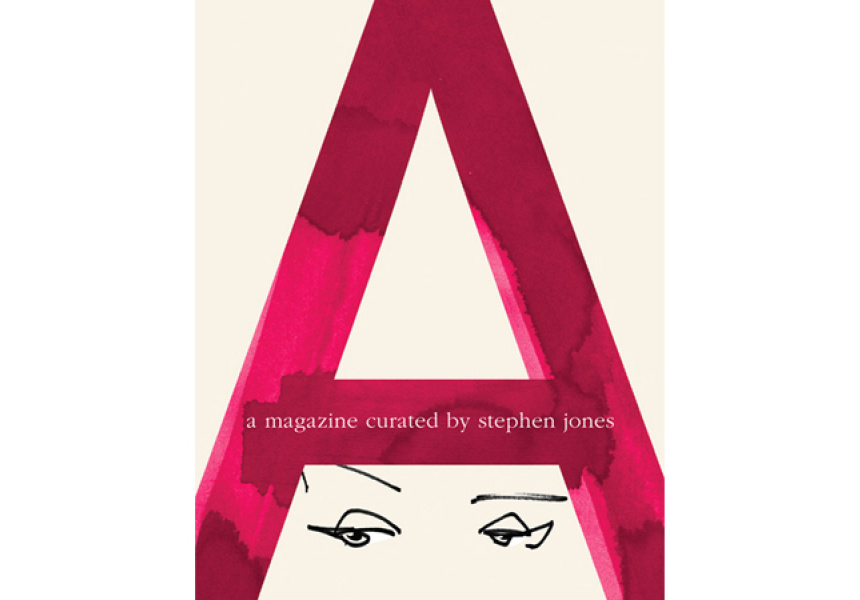 In 1984, Jean Paul Gaultier invited Stephen Jones to Paris, commissioning the British milliner to construct a series of hats for his haute-couture show. The partnership was a noteworthy career-builder. Not only did it see Jones stock his wares in New York’s Bloomingdales department store, it was the first of endless high-fashion collaborations, from Balenciaga and Vivienne Westwood to Comme des Garcons, Dior and Marcel Rochas.

In 2013, Jones’ legacy is nothing short of legendary. He is the consummate creator – a man who keeps his head completely shaved so he can be his own fit model. He has crafted skullcaps with fins and space-cadet helmets in bubblegum hues. As such, it’s no mistake that the milliner is the latest designer to take the editorial reigns for luxury Belgian fashion tome, A Magazine Curated By.

Now up to its 12th issue, the premise of A Magazine is simple. In each instalment, a new figure or fashion house is invited to develop and commission content as they please, devoid of limitation. Within the pages of Jones’ guest issue, illustration returns to the fore. Among the magazine’s 222 pages, there are archival scribblings from Christian Dior, scrapbook-style pastiches of Princess Diana, drawings plucked from fashion colleges across the world and portraits painted with ink-dipped genitalia (surprisingly, rather charming).

“I always tell students that drawing is a designer’s method of communication, a signature way of distilling an idea,” Jones explains in his introductory curator’s letter. “Illustrators take drawing to the next level, where each gesture inherently expresses a point of view. Maybe this explains why illustration is currently out of favour with magazines: it is simply too provocative.”

While there is no theme to Jones’ issue, it commands a certain, somewhat indefinable, sense of unity. The late Italian writer Anna Piaggi’s influence is everywhere, her penchant for fashion illustration and bright excesses proving unshakably powerful to Jones. Nearly all of the contributors are the hat-maker’s personal friends (“They could all draw Venus in the sand before breakfast, probably with their eyes closed and standing on one leg,” he shares). Hats make repeated appearances – how could they not? But most importantly, Jones’ take on A Magazine feels fresh and authentic. It’s a singular insight into the tastes and peculiarities of one of fashion’s most salient characters – the kind of thing you’ll read on repeat.