Short Black and Sides at Cleveland’s 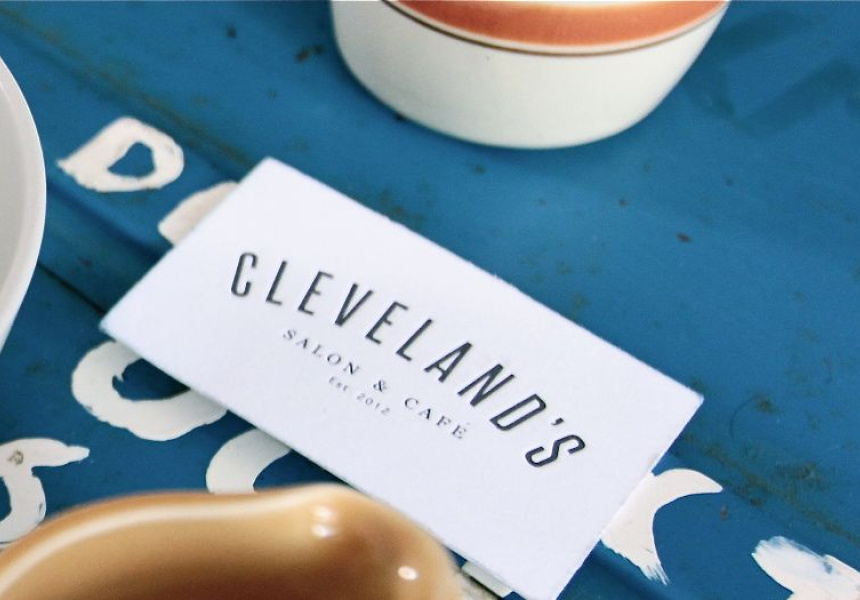 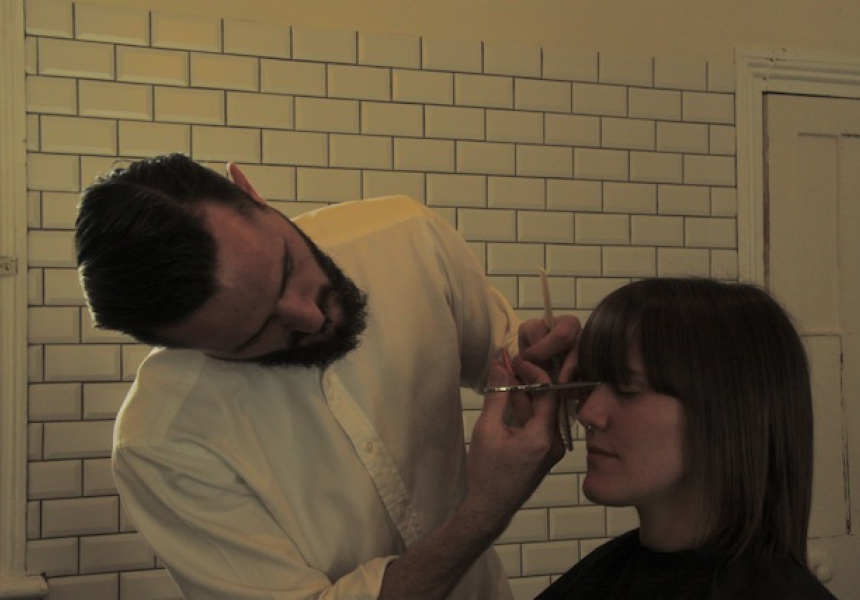 With so many baristas donning perfectly sculpted quiffs and flawlessly crafted moustaches, the coming together of the barbershop and the espresso bar would seem to be long overdue, particularly given the decadent appeal of drinking rich espresso in the middle of a bouffant trimming. Thankfully, Cleveland’s has arrived in all its glory, providing us with that potent combination of haircuts and coffee our lives have been missing.

It’s a curious concept to process at first, fraught with images of hair in macchiatos and styling gel on toast. And while the two sides of the business occupy the same small, rectangular space, a glass partition acts as an invisible border, thwarting the migration of hair and shampoo from one end to the other. There are some clever design elements contributing to both the connection and distinction of these two strains as well.

The exposed brick of the espresso bar transitions into polished white tiles in the salon, while the light playing off the partition mixes reflections of the café into a dual image of both spaces. Also, considering the salon’s stylised décor of weathered leather, vintage dental chairs and brass light fixtures, the glass wall adds a certain theatrical element to the space, as haircuts unfold like a silent act from Sweeney Todd, only with less murdering…and dancing.

You needn’t be the proud owner of a high maintenance moustache to appreciate Cleveland’s – the sheer novelty of the concept is reason enough. Throw in world-class espresso and a charming hairdresser/barista duo and Cleveland’s is a cult hit waiting to happen.