The Reverent World of Roopa Pemmaraju

For Bangalore-born, Melbourne-based designer Roopa Pemmaraju, ethical fashion is not a matter of ticking boxes or waving flags. Rather, it’s about adhering to the same values in business as she does in life. 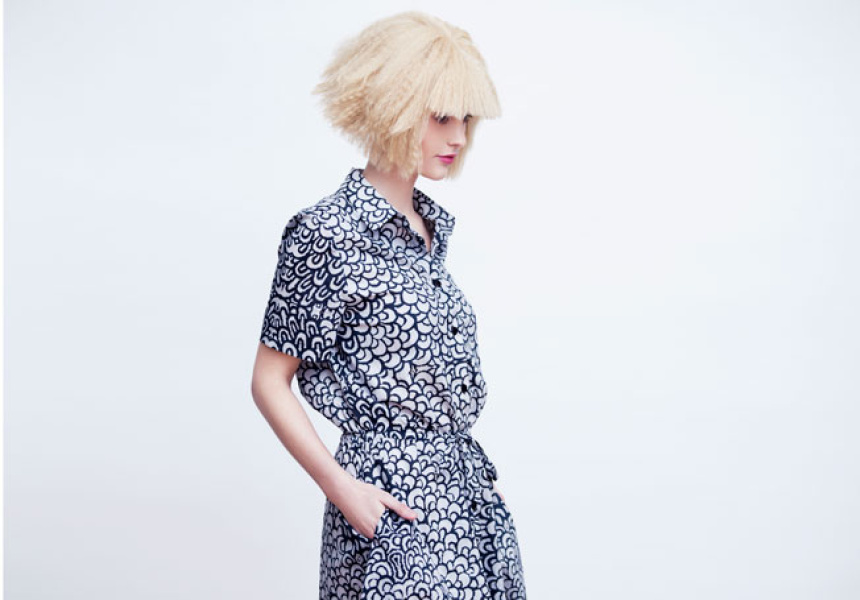 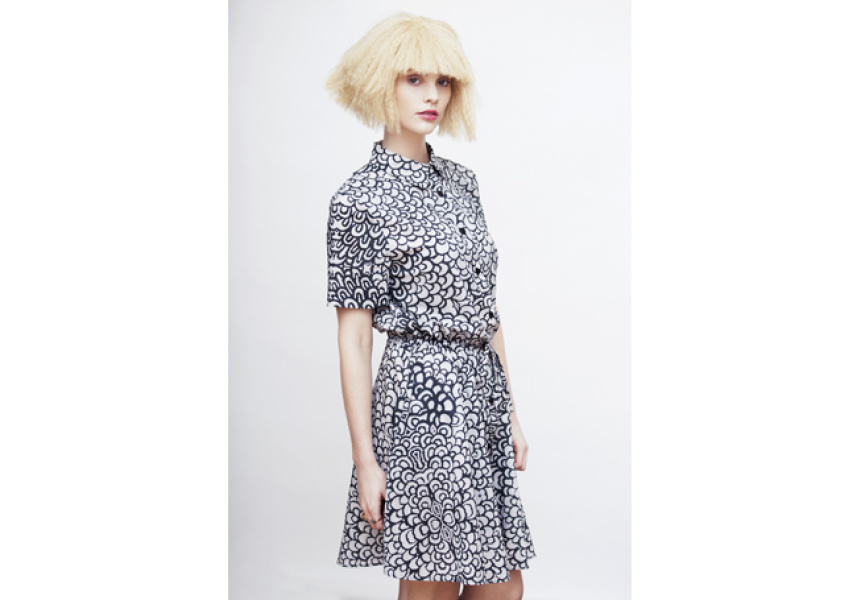 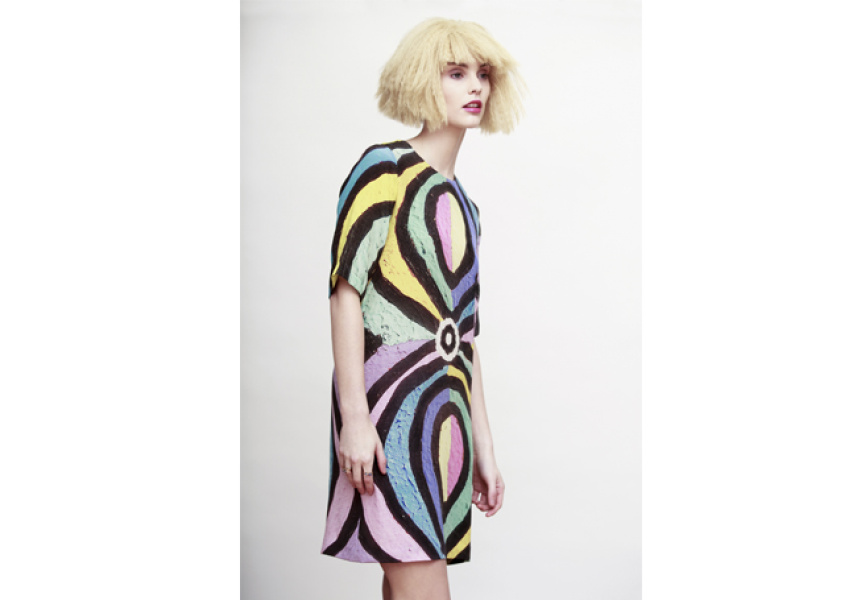 Roopa Pemmaraju’s clothing represents an unlikely confluence. Translating strikingly modern artwork created by Aboriginal artists onto hand-woven Indian silks, the Bangalore-born, Melbourne-based fashion designer’s garments are all flowing lines that yield to a blaze of brilliant, desert-gazing hues. “Art and colour, this is Australia for me,” she says. “And I can give something back that is true, too.”

Pemmaraju’s label and its philosophy extend beyond these highly original artworks. When the fashion designer talks about giving back, she is referring to the social element of the ethical compass that often gets lost amidst discussions surrounding fair trade and sustainability – one that brings together respect for artists and textile workers with ideals of authenticity. Pemmaraju’s pursuit of luxury is intrinsically linked to her stance on the ethical treatment of those she works with. She draws on the heritage of Aboriginal artists and skilled artisans to create clothing that provides long-term value for both the wearer and those who make it.

Indeed, her approach is the antithesis of fast fashion: it is neither trend-driven not a form of contrived spontaneity. Rather, it considers the lives and potentials of future generations.

Pemmaraju moved to Melbourne from Bangalore six years ago with her IT engineer husband, bringing with her considerable experience in two of India’s most prestigious fashion production houses. She had her first fashion label, Haldi, behind her and a range of exquisitely embellished saris that had proved popular in India. A fine arts graduate, the first thing Pemmaraju says she noticed when she came to Australia was our “beautiful, colourful indigenous paintings”. Her research into Aboriginal artworks, with the aid of Cecilia Alfonso, manager of Warlukurlangu Artists Aboriginal Association (a not-for-profit organisation fostering the development and promotion of artists based in and around Yuendumu in the Northern Territory), combined with her want to continue manufacturing back home in India, culminated in Roopa Pemmaraju the label.

By the time she debuted as a solo designer at Mercedes-Benz Fashion Week in 2012, her vision was radiating across Australia and further afield. The collection was spotted by David Jones womenswear manager David Bush, securing the label’s glittering launch into the sartorial stratosphere.

Pemmaraju’s Spring/Summer 13/14 collection features work by artists belonging to Warlukurlangu. Royalties from the sale of all garments go back into the Aboriginal communities, who are consulted throughout the design process, a concept Pemmaraju created for the communities in consultation with Warlukurlangu manager Alfonso. The thinking behind this practice was that it is mutually beneficial in the long-term, a key factor in what ethical fashion is all about. “I’m giving a fair price for usage of the work,” Pemmaraju says (10 per cent of each garment’s profit, to be precise). “And it’s beneficial for the community; they get a good platform.”

Pemmaraju’s reverence for the artists is something she explains partly in spiritual terms. “Religion is very important in my culture and in how I grew up,” she says of her Hindu faith. “I worship god but also elements like rock, mud, water – everything is sacred. When we build a house we worship and pray; when artists start their own artwork they pray deeply. I understand what they’re trying to achieve and I want to give back.”

Pemmaraju points to the role that heritage and community play in providing the depth and inspiration behind her label. “When there’s a family of different generations working on the same kind of technique – a mum, dad, a sister – working on certain themes and concepts that have been carried on, that’s such a beautiful part of it,” she says of the intergenerational families of artists who are part of Warlukurlangu. “I feel the same when I go back to my weaver’s family in India. What they’re making has been inherited. I think that’s where the true story is.”

The garments are made in Pemmaraju’s production house in Bangalore, which is owned by her mother, a social worker who focuses on providing women with a balance between life and education. The business employs skilled people who come from rural areas without phone or medical facilities and who travel home to their families for only two months each year. Their loyalty is reciprocated through fair treatment and in wages that are five to six times the national average. The personal connection that Pemmaraju has with her workers is something she would miss if she were to start manufacturing in Australia, she reasons. “Manufacturing is fairly new in Australia,” she says. “I think that’s where something is missing here – it has come from somewhere else.”

The personal stories of the female artists behind the designs that feature in her Spring/Summer collection – the most well known being Judy Napangardi Watson – bestows a unique quality upon each piece. “Every garment has its own concept and story which is printed on the tag,” Pemmaraju explains. The artists’ evocative renderings of Jukurrpa Dreaming narratives are imbued with themes of cultural memory, voyage and ancestry and challenge traditional perspectives on Aboriginal art. Rowena Nungarrayi Larry, for instance, creates a sea of pastel jewels which swim together in a modern tide that would be at home in a city soiree. Pauline Napangardi Gallagher’s colours curve ceremonially, forming a bond between the natural world and synthetic pigments.

Geometric abstract motifs display a dynamic expression of form through colour that retains the purity of the original artworks, which are used in multiple ways throughout the collection – from sleeveless A-line shirt dresses and shift dresses to kaftans and maxi dresses. There’s a total eclipse of what Pemmaraju describes as the cliché of Aboriginal art being limited to “dot paintings or cheap $2 merchandise”.

“It’s all about the organic sense – it’s pure,” says Pemaraju, who derives inspiration from seeing her mother and grandmother swathed in yards of silk and clearly shares their instinctive feel for the vibrancy of a sunlit landscape. “My grandmother had five or six wardrobes full of saris. Everything was colour, with matching jewellery and matching gloves. She would always wear flowers in her hair. That’s always been my interest and I’ve always seen that when I go back to India. There’s no concept of summer and winter. We all love colour and you wear colour throughout: everyday is another new colour day.”

Such rituals weave their way throughout every facet of Pemmeraju’s designs and in the way she conducts business.