The label known for designing “downtown New York” uniforms has finally set up shop. And it’s brought a vast “denim menu” and mobile phone charging stations with it. 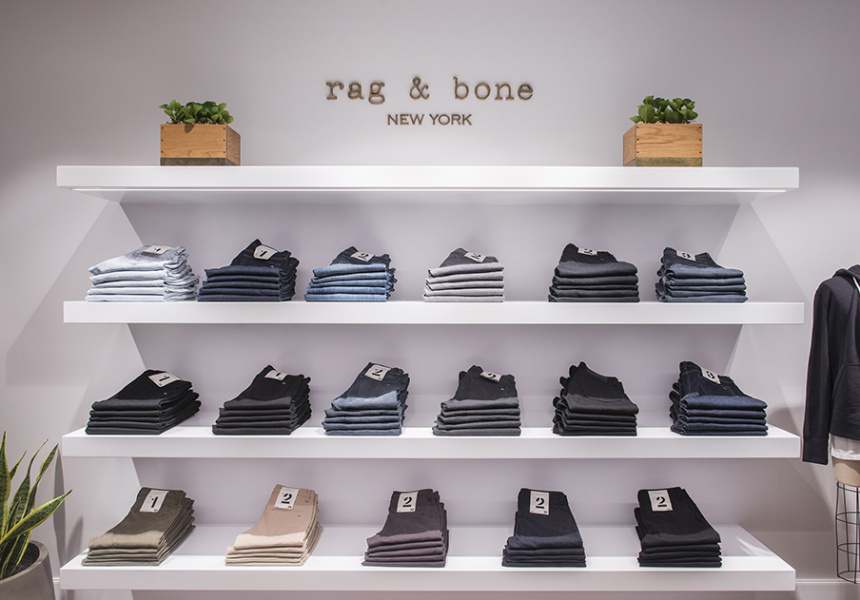 Rag & Bone – a New York fashion label founded in 2002 by Marcus Wainwright – made its name as a menswear label and denim specialist in the early 2000s. Nike veteran Stefanie Strack took creative control in August this year and has played a part in evolving the label into a fully-fledged fashion house specialising in women’s as well as men’s clothing and accessories that are made to last. If you haven’t heard the name, you might have seen its signature ankle boots or denim overalls.

The brand, which has become synonymous with downtown New York style, has finally opened its first Sydney store, in Westfield Bondi Junction, following two Melbourne outposts. Offering hope in an unforgiving retail market, Rag & Bone has 42 outposts around the world in 53 countries. But despite its expansion, the label hasn’t lost its sense of self. It arrives in Sydney with the same raw, industrial aesthetic and unfaltering, quality clothing.

The Sydney flagship spans 130 square metres and has concrete columns, wooden parquetry floorboards, pops of neon and screens that display the label’s film and photography projects. Customers can plug in their mobile phones at charging stations, too.

The store has opened with Rag & Bone’s women’s and men’s ready-to-wear, denim, accessories, footwear and fragrance collections. Custom peg wall displays and a “denim menu” reveal all the different washes and cuts of denim you can choose from. Everything is easy to wear and makes sense for urban living in Australia’s coastal cities.