Agent Provocateur Down Under

The London born and bred lingerie label Agent Provocateur is set to open its boudoir doors for the first time in Australia. 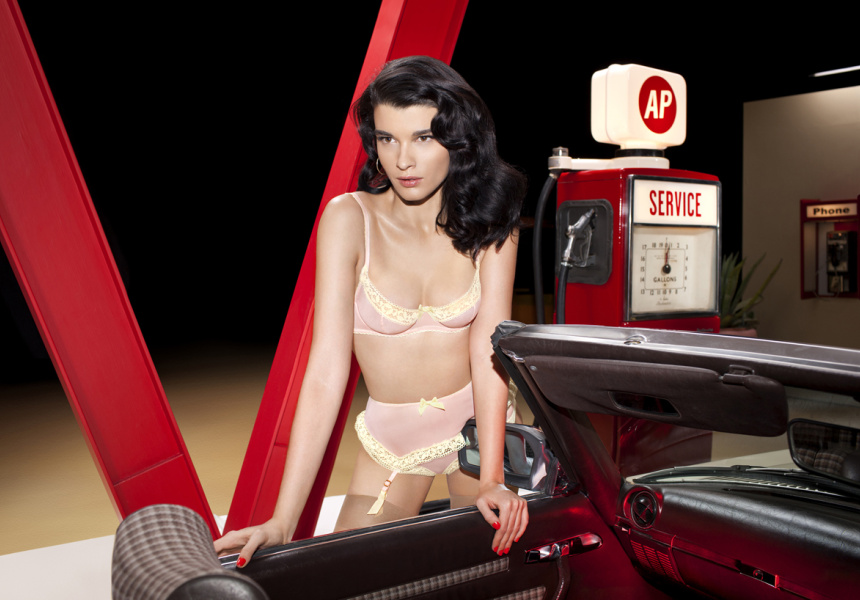 When translated literally, Agent Provocateur is French for ‘inciting agent’, making it the perfect tongue-in-cheek moniker for a lingerie label winking at its duty to provoke desire.

The brand has always engendered a confident irreverence. Launched in 1994 by husband-and-wife duo Serena Rees and Joseph Corre (Vivienne Westwood’s son), the brand went on to build a name as the go-to boutique for female intimate apparel.

Quite unlike Victoria Secret’s ‘angels’, Agent Provocateur has more of the devil inside. Their advertisements have been banned by the UK Advertising Standards Authority, while a film featuring Kylie Minogue wearing the brand’s wares and riding a bronco rodeo-style has caused similar controversy. The iconic pink and black housecoats worn by the sales assistants and described by the brand’s creative director as “a bit nurse, a bit Avon lady” are no longer permitted to be worn on the streets due to the incitement they created when the girls would pop out to lunch.

This February, David Jones in Sydney are launching the first stand-alone AP store on their lingerie floor, featuring the boudoir furnishings that characterise all the AP boutique experience. Expect seductive delicates in French lace, or for the more practical ladies, reach for the label’s Classics range with 50s retro and traditional silhouettes. Rumour has it the Vivienne Westwood-designed housecoats will also be worn in-store.

The SS13 collection’s advertising campaign is pure provocateur. It features American model Crystal Renn and was shot by Olivier Zahm of Purple magazine fame. Inspired by the classic American road movie, and titled On the Road, it features Renn rendezvousing with a petrol pump next to a convertible. This is exactly what Agent Provocateur does best: luxurious lasciviousness that knowingly appreciates a good cliché.

Agent Provocateur is available at: