A Plus For B. Goods

A sustainable fashion brand making clothes that are easy to wear and good for the environment. 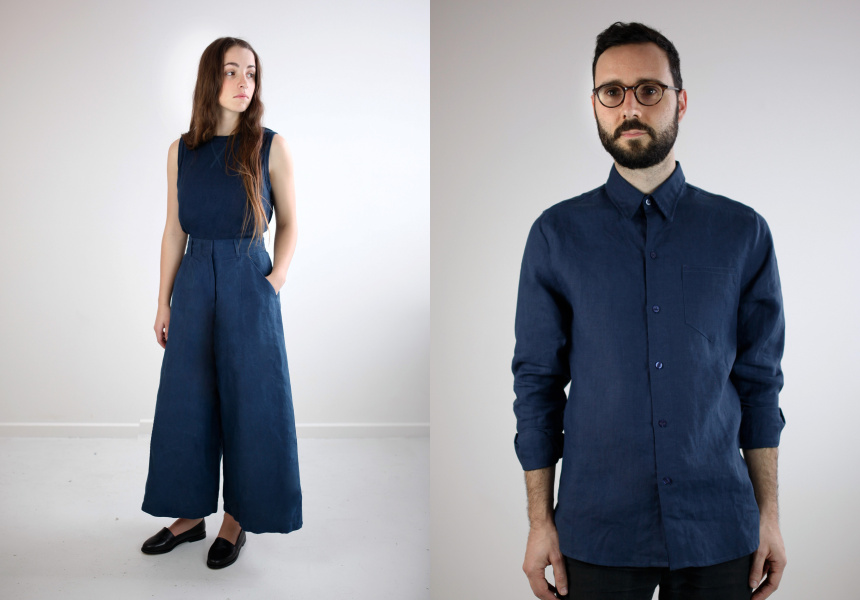 When designer Anny Duff started B. Goods Label in 2013 she knew she wanted to apply a sustainable philosophy to the clothes she made, without sacrificing elegance. Her hunt for the best ethical fabric lead to hemp and the material has been at the heart of the brand ever since. “It was really about using the best sustainable fabric to create something attainable for everyone, not just alternative types,” she says.

This year, Duff has moved all production onshore to Australia, which she says was, “A matter of pushing B. Goods to be the best it can possibly be and reducing my carbon footprint to be carbon neutral.”

“What I really wanted to do was make this collection as attainable for any shape as possible. Last summer I did straight-up-and-down styles. This season I’ve done a lot of A-line looks with pockets, so it has a practical element but also more of a swishy look,” Duff says. This season also introduces the brand’s first shoe, a vegetable-tanned kangaroo-leather loafer designed in collaboration with Post Sole Studios.

Duff’s background is in art direction and production design for film and television, where she’s worked for the past seven years on feature films such as One Eyed Girl. “The label pretty much burst out of downtime after that film,” she says. “My aesthetic is inoffensive – a timeless, streamlined design. I was really struggling to find things that had that element, or I had to get them made.”

Duff says her production and fashion-design skills lend themselves to one another. She says that an exciting part of juggling both styling and designing is asking, “What would I be looking for if I walked into a room and needed something for a shoot?”

“I’ve definitely got a thirst for that feeling that there’s something out there in the world that I want,” says Duff. “If its not there, then I’ve got to make it, and if I can make it in a really sustainable way for other people, then I’ll sleep well at night.”

SS15/16 will be available for pre-order next week and in store August/September.