The Melbourne-based label is on track for international success after scooping the Tiffany & Co. National Designer Awards last night. 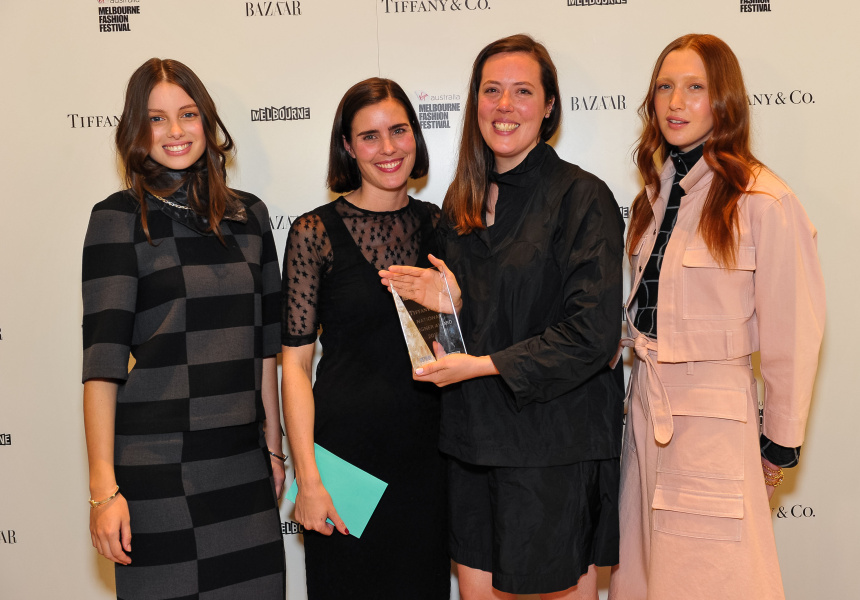 It’s one of Australia’s most prestigious awards for emerging fashion design talent, with impressive alumni such as Romance Was Born, Josh Goot and STRATEAS.CARLUCCI.

PAGEANT beat fellow finalists Bùl, Emma Mulholland, macgraw and Verner to claim the prize of $10,000 and a money-can’t-buy package of mentorship, business advice and development.

As part of the prize, the pair will be flown to New York where they will meet with the Tiffany & Co. design team as well as take part in a six-month mentorship program with the buying team at MATCHESFASHION.COM and have a look book styled by Harper's BAZAAR fashion director, Thelma McQuillan.

“There have been all these things we’ve wanted to do but have been so busy trying to build the brand that we’ve had no time,” Reynolds says.

“So we’ll make the most of everything. We’re ready to launch internationally. Now people know about us and people are part of what we do and we’re one step closer to what we’ve been working towards."

PAGEANT is also one of three labels to be shortlisted for the BT Emerging Fashion Designer award, to be announced next week in Sydney.

“It’s so nice to be recognised for all the hard work we’ve done; from the start, not just with PAGEANT, but from when both of us were teenagers and interested in fashion. It makes the whole last 20 years even more worthwhile.”