Spring Court’s legacy has remained strong since 1936. We talk to the Australian owner about its new community-minded store, the label’s beginnings and its enduring appeal. 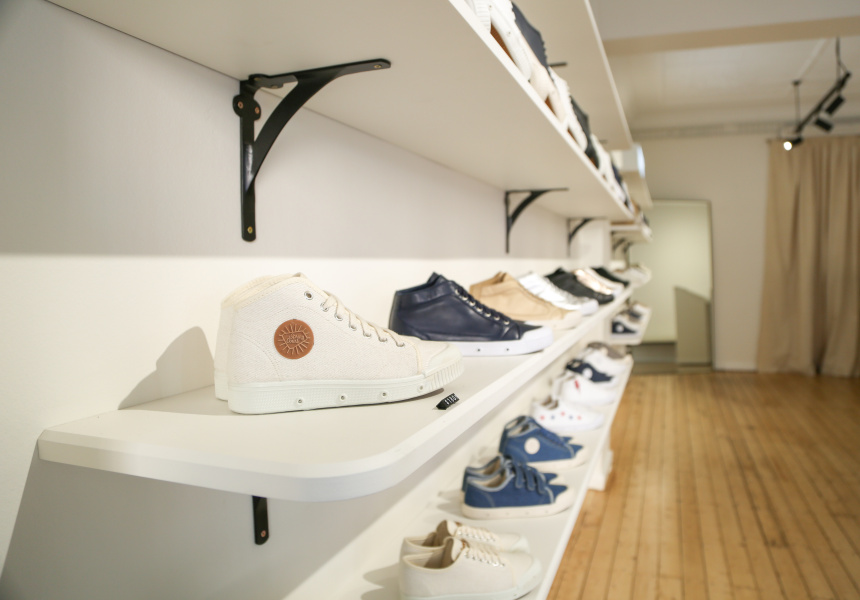 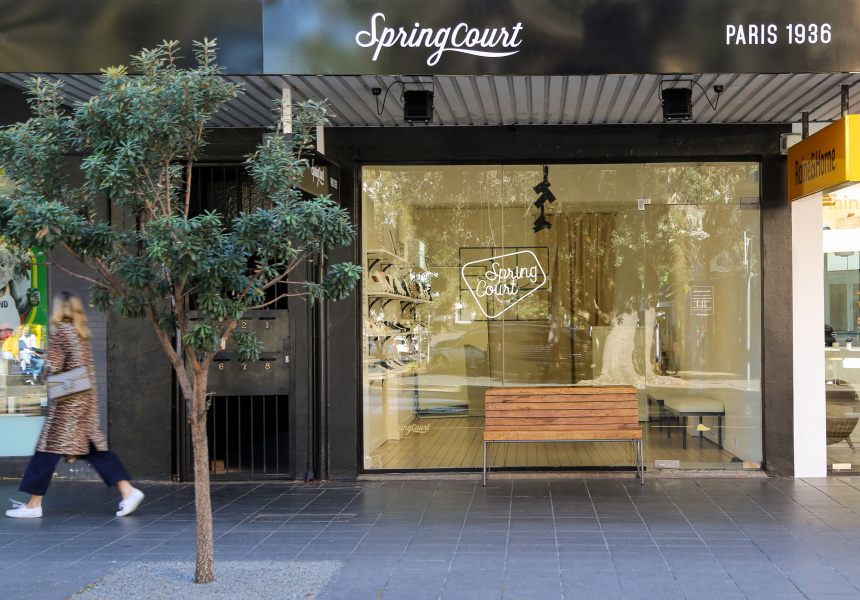 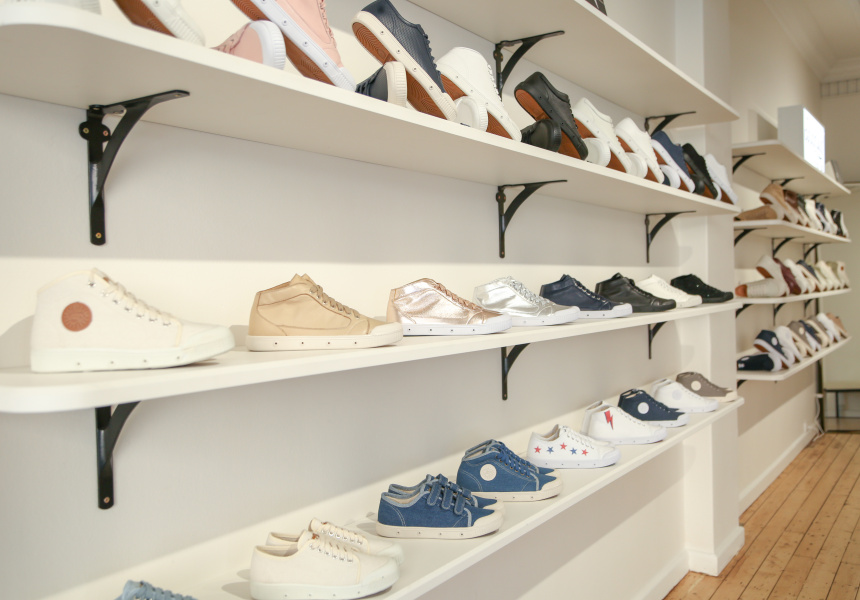 Spring Court’s take on the tennis shoe gives the big players a run for their money. The design sits somewhere beside Common Projects and Adidas in terms of functionality, formality and price.

Despite becoming part of the uniform of many street-savvy dressers, particularly Potts Point locals, the heritage label is still very much an intimate, family-run operation. Based in Paris, it’s currently owned by Theodore Grimmeisen, the great grandson of founder Georges Grimmeisen, who launched the footwear label in 1936, taking the humble canvas tennis shoe and placing it on the streets of Paris.

“Theodore’s grandfather was a tennis fan and wanted to introduce a shoe that would be the pride of the court,” Kane Sarich tells Broadsheet. He owns and runs Spring Court Australia with the help of his brother, Zach Sarich. “At the time the most high-tech tennis shoe was a simple canvas shoe with a rubber sole. There was very little in the way of insulation or cushioning and Theodor’s grandfather thought, ‘Well, we can do better than that’,” he said. And so, a classic was born. Today Spring Court has a strong retail footprint across Australia, New Zealand, Europe and Asia.

The close-knit approach to management is evident across each of its stores, in Australia and abroad. Its third Sydney store, which opened on Hall Street, Bondi, in early August, is surprisingly minimal. Unlike the five-year-old Newtown store, which Sarich says is much larger to cater to high-foot traffic along King Street, the Bondi space is lean.

“The same product offering is across all of our shops – we don’t discriminate when it comes to that – but the retail stores are designed as a response to the community,” he says. “We have a huge open space with nothing but Spring Courts around the walls. We went completely opposite to this old retail idea that you need to make every square inch pay for itself. It’s open and minimal, so people feel more comfortable and don’t feel like the place is closing in on them.

The Bondi store also lends itself well to art installations, so the team has enlisted local artist Brooklyn Whelan to help out (he’s behind those popular cloud paintings). “We want to give the big white wall that’s on the right-hand side to local artists for exhibitions,” says Sarich.

For those who aren’t familiar with the Parisian sneaker label, it tends to stick to the same classic silhouettes, season on season. The material palette fluctuates depending on what’s coming in from global suppliers. This might mean a sturdy Nappa leather or the label’s signature high-quality canvas. All of these designs sit on a cushioned base of rubber with a polyurethane inner sole.

“Sometimes shoe [designs] will get influenced by what’s available – for instance, the M2 sneaker that was introduced when we found lamb skin from New Zealand,” says Sarich.

“Spring Court sits in a space of its own in its genre of footwear – it’s not up there in price with Common Projects, but it offers the quality of fit and the comfort and the durability. For the small margin in price that you pay on top of other brands such as Nike, you’re getting a lot more sneaker.”