To get us feeling sporty in time for the Olympics, Nike brings cutting edge sports technology from the elite to the streets with it's first ever Innovation Pop-Up Store in Sydney, which opens this week. 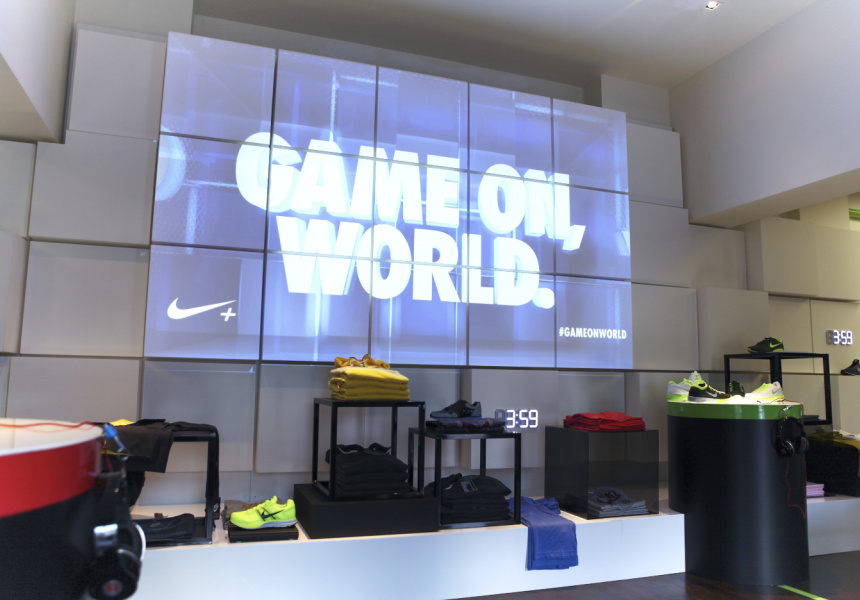 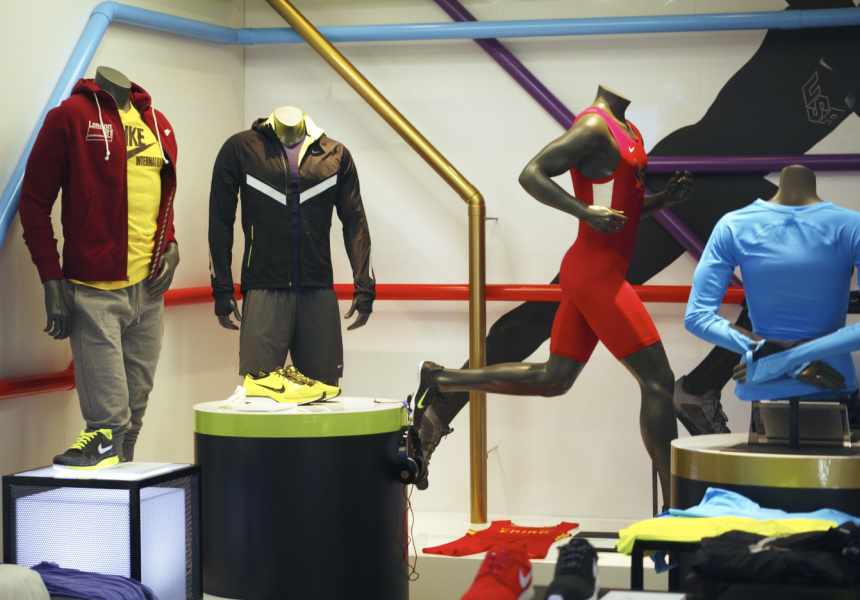 A buzz of activity indicates someone new is taking over the space that was the old Palace/Verona Cinemas. With all the windows and doors blacked out, the first thing you notice is the opening date emblazoned across the window: 'twenty seven seven twenty twelve'. The biggest clue though, is the inescapably recognisable ‘swoosh’ motif.

With the doors set to open, Matt Nordstrom – innovation and tech designer at Nike World HQ – is sitting proudly amidst the high tech trainers and super spec tracksuits, having been flown in to oversee set-up and launch. Sporting pristine white trainers, a hoodie and fuss-free aluminium framed glasses, Nordstrom is sports tech design royalty.

“There are only a handful of places where one can dig into apparel design of this depth,” he says. “The military, NASA and Nike.

“Nobody else really has the resources to investigate a product category like apparel and discover how to bring innovation to one of the world’s oldest product categories.”

While Nordstrom has had a direct hand in many of the innovations showcased in the pop-up store, he is specifically one of those responsible for designing and creating the 'Turbo Speed' suit and has proudly designed the entire track and field kit that outfits all of the USA's elite athletes. Gear does, after all, play a major part in pushing athletes to run and swim faster, jump higher and throw further than they have before.

Put simply, the athletes are always the challenge, guideline and inspiration for Nordstrom and his design team. "The athlete is the centre of the design process. The innovations start and end with them,” he says. “The truth of being an elite level athlete is constantly pushing boundaries, pushing limits and challenging the status quo – defying physics, even, and the very idea of what is even possible, which is what we consider ourselves to be doing. "

Nike's designers help athletes to break records and create moments that go down in history. Remember Michael Johnson's gold track spikes? The gear the athletes don is made up of blood, sweat, dreams and history and, now, also recycled material. The approach that the design team is taking towards environmental sustainability is another thing that is of high importance and consideration. Nordstrom even breaks down new innovations and gear using the measure of how many plastic bottles worth of recycled material was used to make it – a token indication of the great lengths the design team goes to in considering the environmental impact in their design approach.

Remember that green and gold full body speed suit that became entwined with the Cathy Freeman legend? There is a prototype of that very suit on the premises; a working example of how all these innovations are constant works in progress. Now, 12 years since Freeman's gold in Sydney – 1000 hours in the wind tunnel and incorporated feedback from some of the world's fastest athletes – the latest speed suit has been developed, helping the world's fastest get even faster and shaving precious milliseconds from their split times.

"What you're going to see is examples of innovation that start off at the elite level on the track, in the court and we take it down to the street and it's all about superior lightweight performance and dominant design there,” says Nordstrom. “It's an interesting proposition for a designer in this space, because once every four years, nations from around the world send their best and then five billion people tune in to watch those limits be pushed and broken and redefined. We take that really seriously and approach our product in a way that supports that effort."

Obviously, everything in this pop-up shop is the lightest, strongest and latest of innovations that Nike has to offer, most of which haven't even ever been seen in this country before.

For the average weekend runner, gym-goer or sports fan, the lofty heights of the international sporting arena is a dream witnessed from afar; yelling encouragement from the sidelines, the stadium, or in front of the TV screen. But a pop-up experience like this lets you that little bit closer. You can put yourself in an athlete’s shoes, even if you're just for a walk to the supermarket.

The Nike Innovation Pop-Up Store opens on Friday July 27 and runs until August 12.