Shop the affordable Foile Classics range of oils (think argan oil from Morocco, locally made hemp oil, and marula oil from South Africa), which can be refilled from $12. Or buy from a “Foile Friend” – socially responsible brands with a cult following. 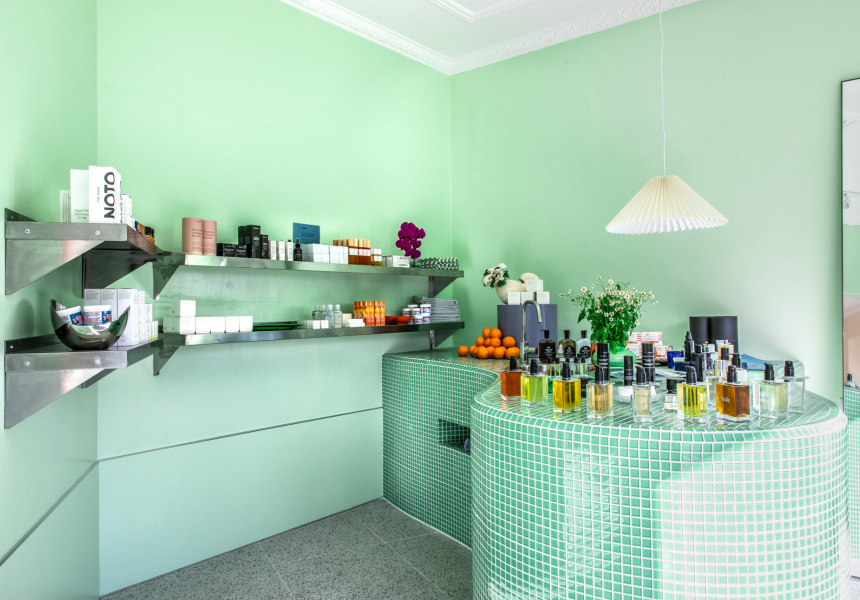 It’s a dreary, wet winter’s day when Broadsheet visits Foile. But the handsome skincare store, on a Bondi backstreet not far from Totti’s and the incessant traffic of Bondi Road, is a calming respite from the disagreeable weather.

The small shop is a sum of two parts. On the left as you enter is the Foile Classics range – a collection of eight glass bottles filled with oils sourced from farms in Australia and around the world by the brand’s founders, Alexandra Grima and Su Tuttle.

The bottles come in two sizes (60 millilitres starts at $27; 200 millilitres from $36) and you can get everything from argan oil from Morocco, hemp oil from Australia, rosehip oil from the Ukraine, marula oil from South Africa and jojoba oil from Panama. The oils can be used to cleanse, moisturise, soothe chapped lips, nourish your scalp, remove make-up or add to your bath – and the list goes on.

The idea is that once you’ve drained the bottle, you then pop back into the shop and get it refilled (from $12). There’s a cute mirrored “collar” on the bottle to distinguish the oils (and which can also be used to apply, say, lipstick). There are also 50-millilitre containers of clay for masks, packs of dead sea salt, and rosewater sourced from Samaria Farm in north-eastern Victoria.

At the other end of the shop, on a striking curved counter complete with tiny pale green tiles reminiscent of a swimming pool, is the “test and place” space where you find the Foile Friends. “These are brands that are ethical, sustainable, generally have a cult following, and align with our beliefs of being socially responsible and conscious,” says Grima, adding that almost everything there is vegan and organic.

The duo doesn’t stock entire ranges, but have instead handpicked one or two of each brand’s products. They say Foile wants to be a solution to the more-is-more approach facilitated by a fast-fashion world. “There’s so much waste in the beauty industry, so we were discerning and did a tight edit. We have a good variety to meet everyone’s skin needs, and different ages, but we’re not stocking entire ranges for the sake of it. We want to show people they don’t need hundred of products – just a select few,” says Grima.

“We want to be the change we see other good businesses are doing – we want to embody that.”

Foile also offers refills on Lesse and Leif products, and accepts used Mukti packaging to send back to the company to be repurposed. And it recycles used non-glass products on behalf of its customers.

Tuttle and Grima see Foile as a contemporary and more luxurious take on the old-school Aussie “health store” with a tradition of stocking socially conscious brands. Tuttle is also behind infrared sauna studio Nimbus Co, which has locations in Sydney, Melbourne and Byron. Grima owns the Byron Nimbus and, realising they had a lot in common, the two decided to create Foile.

They acknowledge some people have an aversion to using oils, especially on their face, but Tuttle says she’s been using them for years – ever since her mum suggested they might help fix her acne. “There’s a stigma with using oils on your face. People think if you do you’re going to break out [in pimples], but it’s really great for hydration and, I found, for calming skin. Obviously it depends on your skin type and we’re not suggesting there’s a one-size solution, but can be great for oily skin as it can regulate oil production and hydration.”