The denim label lands in a place with a long history. 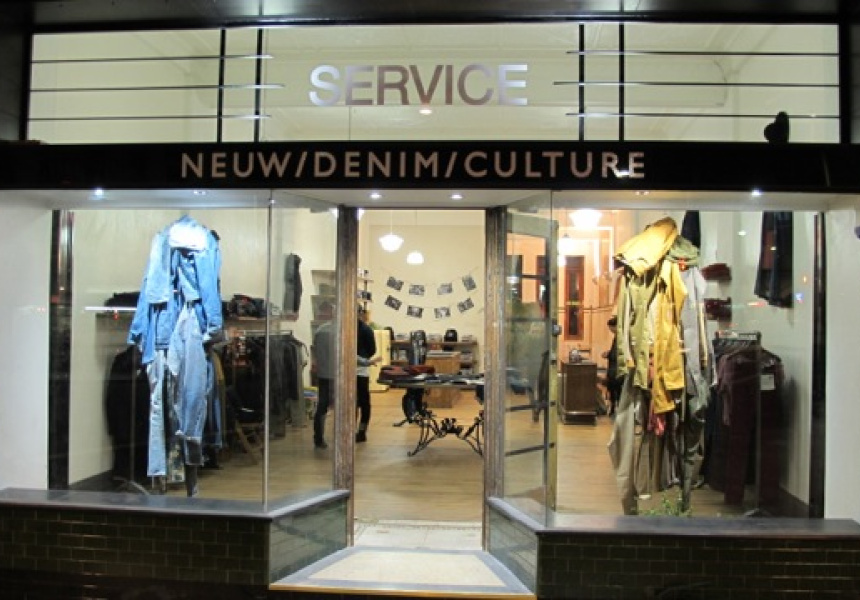 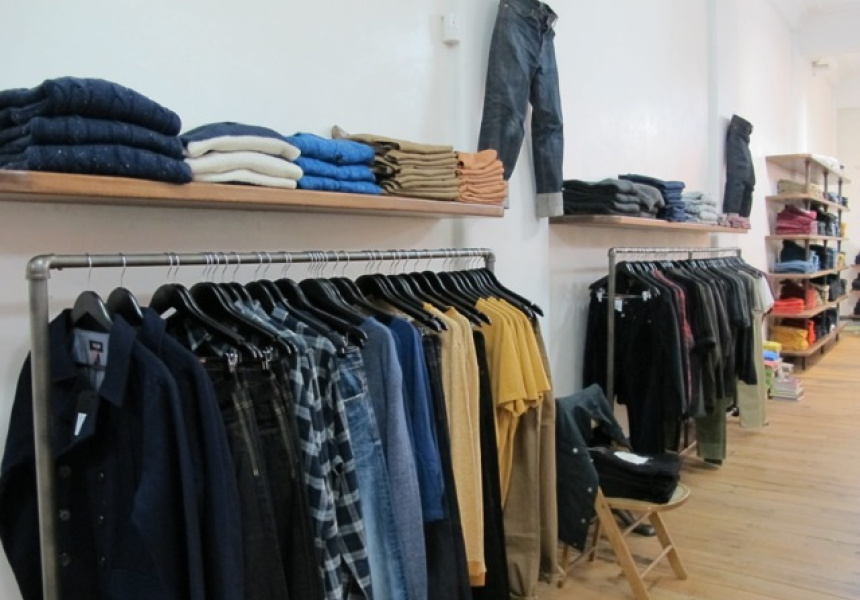 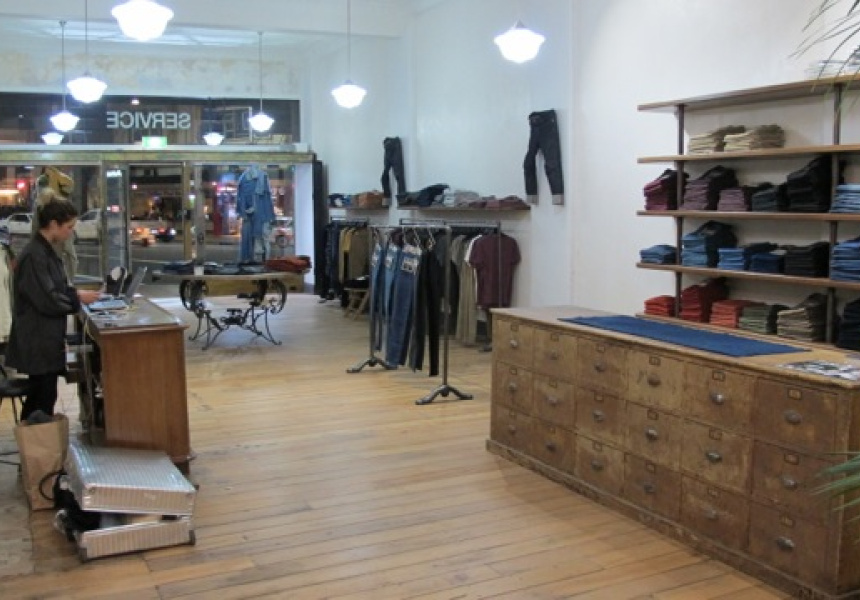 The Australian Bank of Commerce – a safe-haven where people came to stash their money under lock and key – once occupied the site at 84 Oxford Street, Darlinghurst. Later it became Betty’s Soup Kitchen, an iconic hub where a mishmash of wearied locals came to warm up with a hearty bowl of broth. For the past two weeks the building has become what might just be its most exciting stylish reincarnation yet – Australian denim label Neuw’s first Sydney store. Dubbed Service, the store is a denim and streetwear hub where, in the words of the label’s co-founder Richard Bell, “jeans mean something”.

Entering Service is akin to undertaking a ‘Denim 101’. Grainy, black and white photographs capturing the rock gods and film stars who inspire the brand adorn the walls, reminding shoppers just how damn good a pair of jeans can look. According to Bell, more than any other item of clothing, jeans stand for an ethos and way of life. “The 1950s youth counterculture chose denim as their uniform for rebellion against confirming to mainstream society,” he explains. It’s never too late to discover how good it feels to rebel.

Those who don’t listen to Sonic Youth, Iggy Pop and The Velvet Underground can appreciate how the raw, creative ethos of such musicians inspires the boys behind Neuw, a trio including Bell, Par Lundqvist and Steve Little. “Like these artists mixed raw and original sounds to create something original, we take traditional elements of utilitarian five pocket jeans and make them modern with innovations,” says Bell. These innovations might be as seemingly minute as the reinforced pocket stitching and hardware that feature on every pair of Neuw jeans, or as quirky as the freezer bag packaging that accompanies each pair of the Sharp Denim style, allowing them to be easily popped in the fridge for “aspiring denim purists who want ultimate preservation.” Well, they really have thought of it all…

Like everything else about Neuw, the relaxed and lofty fit out of the new Oxford Street store is the result of careful consideration, an eye for detail and a hands on approach. We’re not so sure about the impressive vintage fridge that forms the centrepiece of Service though. Is it just there to look cool? Or is it there to keep the extra jeans on hand as fresh as the Neuw approach to the shopping experience? Either way, we’re hungry for something only a new pair of the aptly named Iggy, Marilyn or Lou jeans can satisfy.