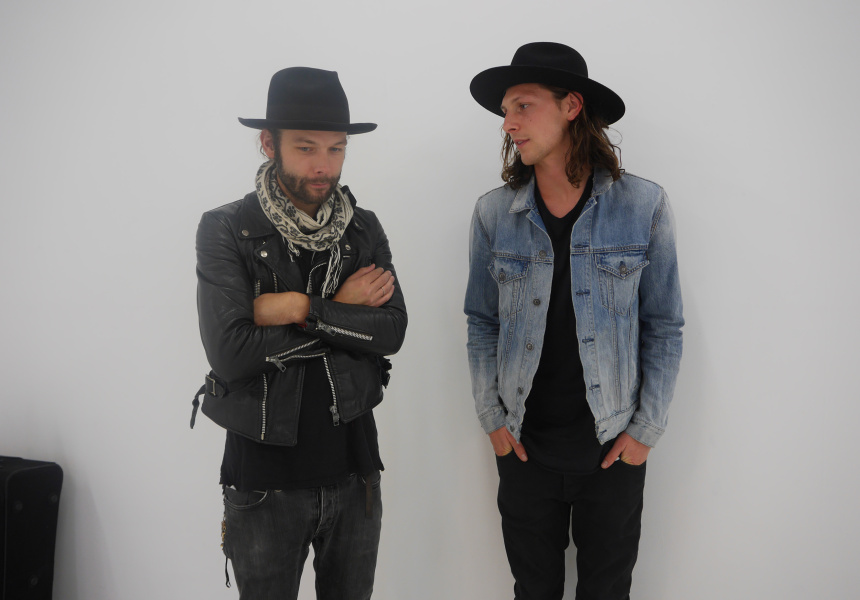 Neuw Denim creative director Par Lundqvist has teamed up with Hong Kong-based denim designer Hiro Yoshikawa to create White Noise. The collection is a range of deconstructed jeans for men and women influenced by the groundbreaking rock music of the late ‘60s and early ‘70s.

While Yoshikawa’s name might draw a blank for the average consumer, sake lovers will know he is a member of one of Japan’s longest brewing sake dynasties. He has branched out from the family’s 900-year-old business into fashion, specifically denim, which he considers timeless in its aesthetics.

A chance meeting in Tokyo brought Lundqvist and Yoshikawa together more than 10 years ago. They bonded instantly over their shared love of denim and the culture surrounding it, and quickly decided they would combine their respective expertise and talents.

White Noise is a refreshing break from the sea of raw denim that currently floods the market, offering everything from this season’s must-have stonewash to darker indigos that have been hand-scraped in the finishing process to create a one-of-a-kind, lived-in look.

“The White Noise capsule was inspired by my favourite band, The Velvet Underground,” says Lundqvist. “We took the same process of stripping back to reveal raw and emotional elements and adding DIY touches with our jeans like they did to music.”

One of the key features of White Noise is the irregular and deliberate flecking effect across the surface of the denim. It’s achieved using a particularly aggressive ring-spinning process (the process of making the yarn).

“The reason we used this slow and more involved process is that the ring-spun yarn breaks through with abrasion, something normally achieved by daily wear. It also creates an effect similar to the ‘white noise’ visual you see on television,” explains Lundqvist.

The result is a range of denim with all the washed, worn and torn features of your favourite pair of jeans without the years of hard work.