In a nook in Haymarket, Steve Fengdu sells a handpicked collection of leather flight jackets, Japanese denim and handmade shoes. In partnership with City of Sydney, we check out the perfect antidote to fast fashion – and it’s all easily accessible by light rail. 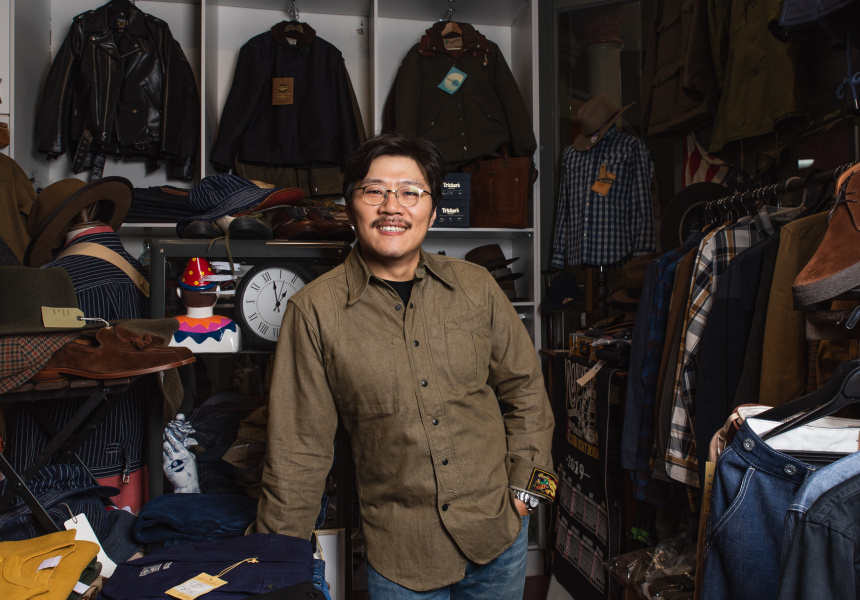 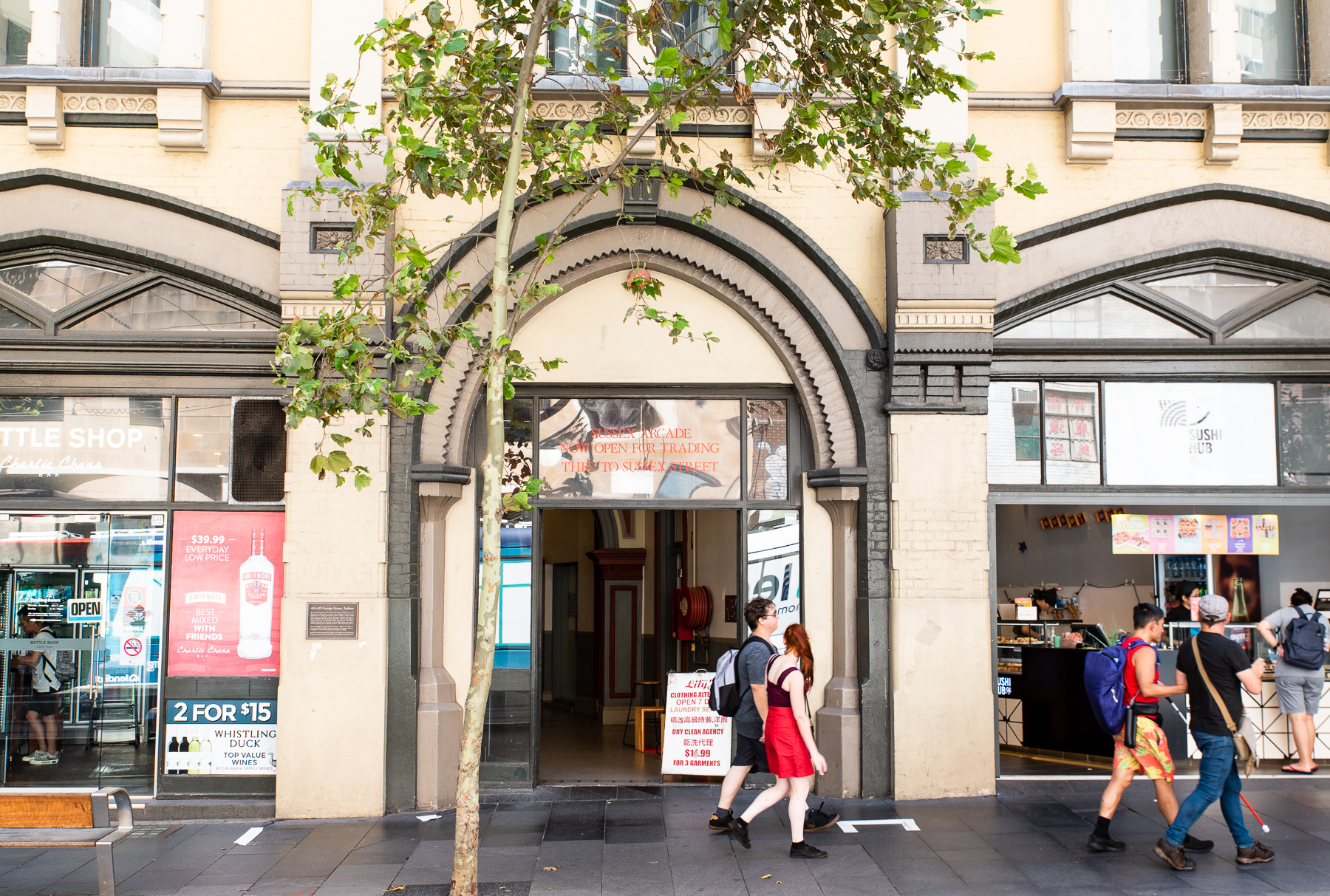 Tucked away in an unassuming arcade in Haymarket is a treasure trove of vintage-inspired fashion. Blue Works is the passion project of Steve Fengdu, a Chinese expat who moved from Tianjin to Sydney 10 years ago.

Fengdu, an electrician by trade, first opened Blue Works in Surry Hills in 2015. “I’ve been a fan of vintage-style denim since I was in college,” he says. “Back then, I only knew of Levi’s and a few Japanese denim brands.”

Since then, he has become an expert in vintage-inspired design thanks to hours spent researching online. He discovered the best brands, however obscure, and learned to identify an item’s provenance from details such as its cut and stitching. “Every different cut or design has its own history,” he says.

In 2018, Blue Works moved to its current premises in Sussex Arcade on George Street, where Fengdu continues to stock what he calls “good-quality, old-time-inspired clothes”, most of which are made in Japan, the US and the UK.

Blue Works’ thoughtful selection of clothes and accessories is the antithesis of the fast fashion industry, in which up to 100 billion items of clothing are produced each year (and many are quickly discarded). Each piece is designed and manufactured to withstand the passage of time. “Vintage-style is not like fashion trends that change every year or even every season,” Fengdu says. His items are “iconic and made to last”.

Lining the carefully arranged shelves and clothing racks are garments by Nigel Cabourn and handmade footwear by Tricker’s and Sanders Shoes (all from England); Japanese denim label Sugarcane; replica vintage flight jackets by Buzz Rickson’s; Schott leather jackets from the US; Vasco Tokyo leather postman bags; and more. “They’re not the biggest brands in the fashion industry, but they really focus on style and design,” says Fengdu.

Though the shop focuses on menswear, the “range [of customers] is very big – both male and female, young and mature”. What unites them is their resistance to trend-driven fast fashion. “All of them care about themselves and want to be stylish,” he says.

Fengdu plans to expand on Blue Works’ fashion credentials in 2020. In September, the store will host the inaugural trunk show for esteemed Neapolitan tailoring house Sartoria Dalcuore. Luigi Dalcuore, owner of the label, and manager Damiano Annunziato, who between them have decades of experience, will be on hand to provide a bespoke tailoring service at the one-off event.

Sussex Arcade is a stone’s throw from the new light-rail stop at Chinatown, which has brought a new buzz – and new customers – to the neighbourhood. “Transport is quicker and easier than before,” says Fengdu. Time-poor city shoppers can now jump on the light rail to visit the arcade during their lunch break, which has been a boon for local traders.

“Everyone is very friendly,” says Fengdu. “We’re all different shops, but we talk to each other and help each other all the time.”