A year ago, Micha Dyball sketched up a design for her perfect leather skirt. Today, her label Eska Alikai is stocked alongside Dion Lee and Ellery. 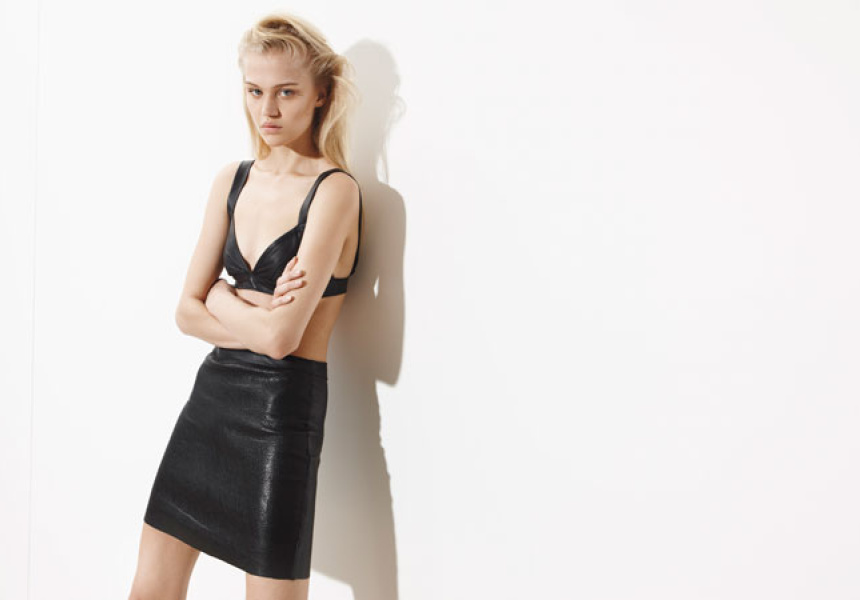 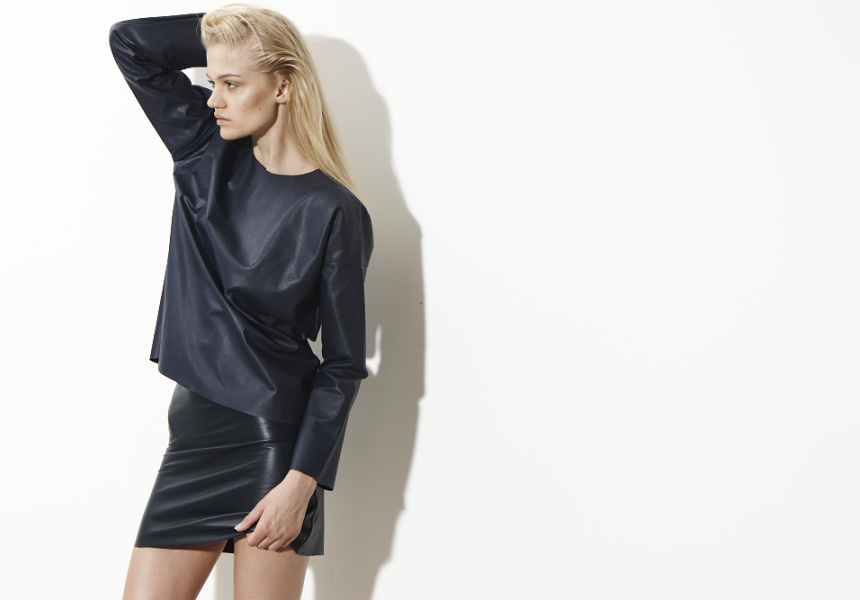 If the northern beaches had a uniform, it would likely be along the lines of denim cut-offs and bikini. Havaianas. A maxi dress, if the occasion called for it. So it may come as a surprise that a new fashion label to emerge from the beachside region favours an ultra-modern, directional aesthetic – and a whole lot of leather.

When we meet to discuss the rapid rise of her label Eska Alikai, designer Micha Dyball is dressed in sleek leather pants paired with a boxy silk tee. The look is more New York than Newport but, as Dyball explains, it’s all about getting the right mix. “I like to wear leather with something casual like jersey,” she says. “Maybe a white tee or grey marle with one of my black Bobby skirts. I don’t like to dress it up too much. It’s a northern beaches thing; it’s so relaxed there.”

If her look isn’t typically northern beaches, then her attitude is. She radiates the kind of laidback optimism that seems to come naturally to coastal dwellers. “Everything has come together in a really natural and organic way,” she says of the success of Eska Alikai. Indeed, the label’s foundations were unlikely to say the least.

In January last year, Dyball took a trip to Indonesia where she had a few garments made just for herself, including a leather skirt with a slight A-line shape, cut straight across the front but dipping to a flattering curve at the back. “I found that it was hard to find [a leather skirt] to suit my shape,” she explains. “I don’t have stick legs, so I didn’t want to wear a really short mini. When I got back to Australia, people were like, ‘Oh my god, where did you get that?’ So I thought, it’s time. It felt like the right stage in my life.”

Having worked in fashion retail and sales for years, Dyball was well placed to launch her own label. She took a second trip to Indonesia where she designed a capsule collection of two leather skirts, two clutches and a simple, tie-up sandal, which she launched under the name Eska Alikai (the moniker is derived from Dyball’s childhood nicknames). Dyball created a blog and an Instagram account to document her work and word of mouth quickly helped the label secure a following.

One customer who bought a leather skirt turned out to be an account manager at fashion PR agency Elise Garland. When she wore it to her workplace, the positive response from her co-workers led to the agency taking on Dyball as a client. In a similarly serendipitous way, Eska Alikai ended up hanging alongside Dion Lee and Ellery in Darlinghurst’s prestigious Désordre boutique. “A friend of mine is friend of [the buyer],” explains Dyball. “She thought what I was doing would sit really well with all their other brands, so she sent across an email and introduced us. It was quite casual really, an easy transition.”

Dyball also cites the Australian blogosphere as instrumental in building interest in the label. High profile style blogs like Shine By Three and We The People featured Eska Alikai products and almost overnight, she began to see sales coming in from places as far flung as China and England. Likewise, her Instagram account has helped to bring in customers from all over the world, who place orders on the strength of what they see in her photo stream.

On her ambitions for the label, Dyball divulges that her winter 2013 collection will soon go into production and there’s an online store in the works. But she doesn’t like planning too far in the future. “I try not to be too ahead of myself, because then I feel like it won’t grow organically,” she says. “I just want to focus on what’s happening at present.”

Eska Alikai is stocked at Splice Boutique in Freshwater and Newport and Desordre in Darlinghurst. 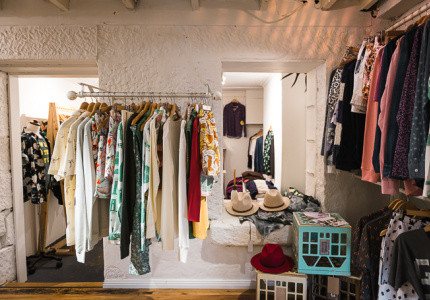