The Australian ladies return home, skeleton flats in tow, to inject a dose of California into Sydney. 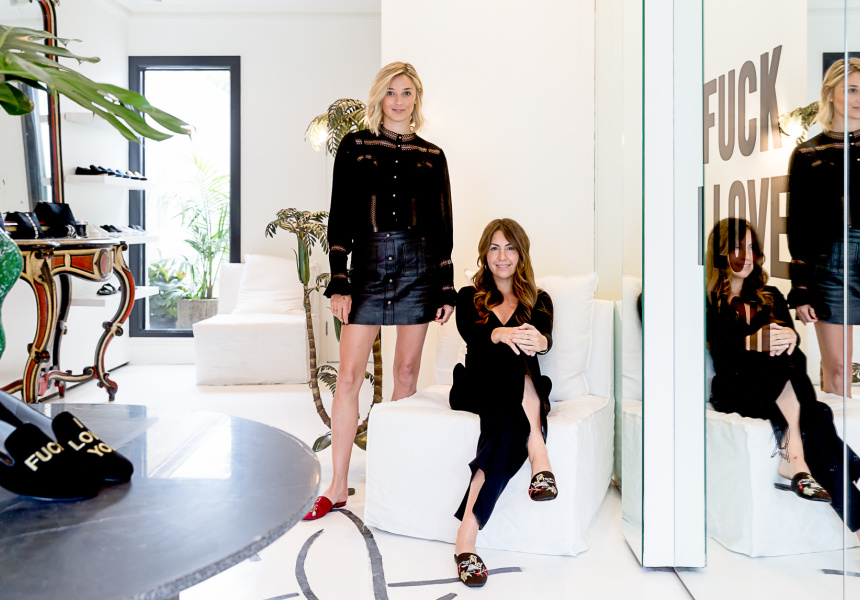 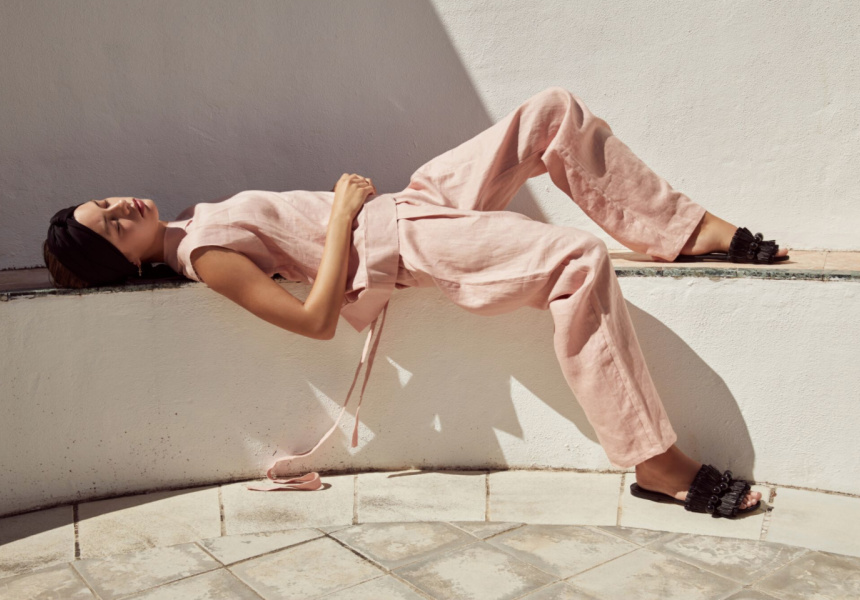 If you haven’t heard the name, no doubt you’ve seen Mara & Mine’s Jem Skull Slippers. Shooting to cult status after being worn by Cara Delevingne in 2013, the handmade suede slippers – embroidered with a skeleton foot – have now been spotted on the feet of Chanel Iman, Kendall Jenner and Margot Robbie.

“Cara would be our biggest. After she wore them, we couldn’t keep up with the demand,” says Australian designer Jasmine Yarbrough. At least 250 pairs sold the month Cara stepped out in them, and around 100 pairs every month since.

Yarbrough is one half of Mara & Mine, along with best friend Tamara Ingham. The pair first met in Sydney in 2005, before travelling around the world and finally settling in LA where together, they launched Mara & Mine in 2012.

This week, they’re bringing the label home and opening a flagship store on William Street.

“I grew up shopping along the streets of Paddington. There are just so many incredible designers that are based along there,” says Ingham over the phone from a cab headed for LAX, where she’ll board a flight back to Sydney for the store’s launch. Managing time zones and jet lag is a craft Ingham has honed throughout her bigamous relationship with both cities.

The flagship will host a full range of Mara & Mine’s iconic flats; recognisable by their luxurious, androgynous aesthetic. The new fall collection (a result of Yarbrough and Ingham’s joint travels to Cartagena), will launch alongside the store. The Alexandria Scorpion Mules and Hannah Japanese Mulse are two highlights. The Candice Swanepoel vegan line will also be available in-store, and for first time in Australia.

“They’re the conversation pieces,” says Ingham. “It comes naturally to us. If anything, we try to make sure there’s a point of difference.”

David Jones took on the label late last year – a good indication of its meteoric rise.

Like the shoes it stocks, the William Street store merges classicism with attitude, paying homage to the label’s history. “We wanted a space that represented the brand and also our time in LA,” says Ingham.

The pair called on esteemed interior stylist and close friend Tamsin Johnson (Rae’s on Wategos) for the project. She worked with MCM House and added her own eclectic touches, including one-off furniture pieces from Italy and France.

For Johnson, it was a joy to do. “The girls are great friends so gave me creative freedom for the space – they wanted it to be fun, quirky, elegant with nods to the past,” she says.

A mirror, overlaid with artwork by LA artist Raif Adelberg, encourages visitors to take selfies while giving a nod to his risqué collaboration with the label, which saw “Fuck I Love You” inscribed across the front of the shoe. “We always like to push the limits,” says Ingham.

A floor work by Bondi artist Daimon Downey is another clever addition. “We wanted to incorporate artists on the floor, to be able to have Instagram moments with the shoes,” says Ingham. The drawing was inspired by contemporary artists including Pablo Picasso.

“After being commissioned to paint the floor, I rang my old pal Henri Matisse and then he did a little scribble on a napkin and sent it over via courier pigeon. I thought ‘this is the vibe’ and there you have it,” says Downey, with a laugh. “True story.”

For those ready to explore, the Mara & Mine flagship just swung open its doors.