Day four delivered in spades, from celebrating 40 years of the inimitable Jenny Kee, to the changing of the guard with The Innovators. And then there was Christopher Esber… 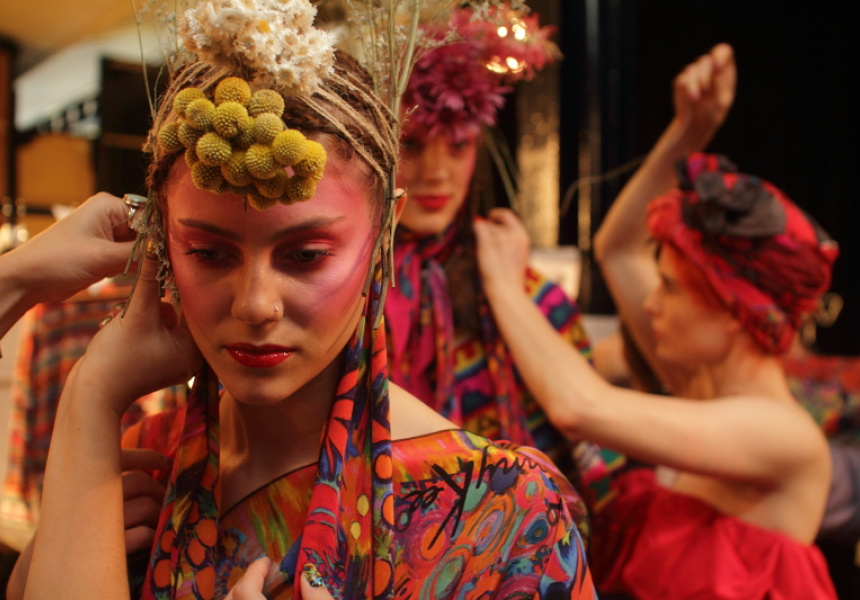 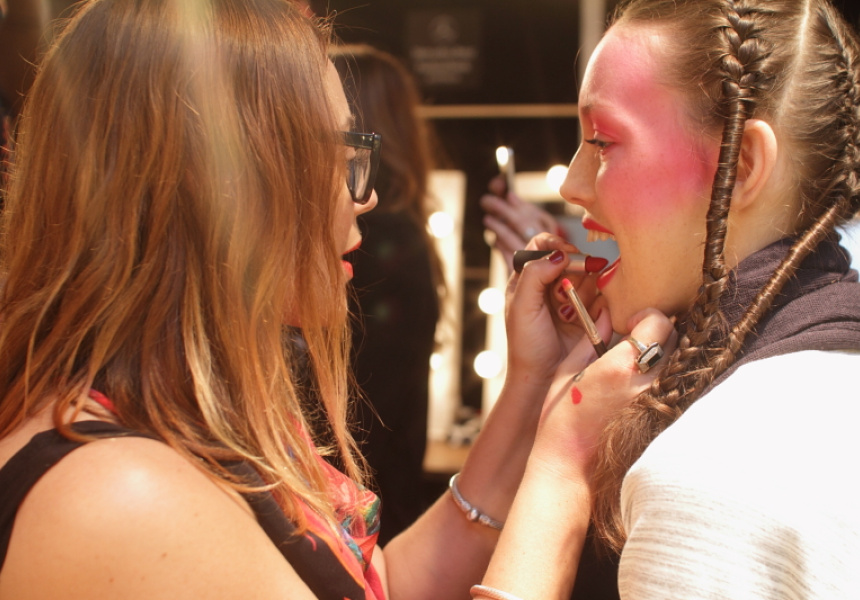 Longevity in fashion is a beautiful thing, especially when the result is as creatively fuelled and artistically relevant as Jenny Kee’s SS 12/13 ready-to-wear collection.

Wandering into the installation-style show was like entering a magical bushland setting, replete with gumnuts, waratahs and radiant, silk-draped bush fairies who seemed to rustle in the gum leaves like koalas.

Like all successful collaborations, that of Kee and Romance was Born (Anna Plunkett and Luke Sales) is one born out of respect and mutual inspiration. Looking at their respective bodies of work, they are contemporaries, despite the generational gap. Both have a keen eye for primary colour and an audacious attitude when it comes to clashing prints and patterns, knitwear and silk.

Perhaps it was Romance’s influence with the styling, but the coordination of the prints on each model gave a modern touch to what were iconic Kee ensembles. There was layering and skilful draping from top to bottom, along with not so much a gentle nod to tribal styling.

Knitwear was minimal but resplendent, as was Kee’s much-loved waratah. And despite the theatrical styling, this was essentially a collection of very wearable, separates.

From over-layering to barely-there swimwear, we headed downstairs for We Are Handsome. It’s hard to watch a We Are Handsome show and not transport oneself to cocktail hour at the Ace in Palm Springs – it just feels so right.

There’s something infectious about this label that translates effortlessly to the runway – shiny models with freshly brushed manes strutting down the catwalk with aplomb. The flattering cuts – one-pieces with a high cross and dangerously low backs – were impressive, as were some beautiful over-garments.

The digital prints for which the brand is renowned, were strong, from retrograde ghetto blasters to 40s florals and, of course, signature animal prints. Despite their international success and media hype, this was We Are Handsome’s debut fashion week show and something tells us they’ll be back.

Next, it was onto The Innovators, where a talented handful of graduates from Sydney Institute TAFE’s Fashion Design Studio showcased 12 looks. This year, the show featured six graduates instead of four, as curator Nicholas Huxley said the talent pool was simply too strong.

While Kaylene Milner was an obvious favourite (she also just won a mentorship with Diane Von Furstenberg), all six graduates displayed incredible technical prowess, whether in knitwear or garment construction. Stephanie Goerlach showed an interesting combination of printed silks with stripes and sophisticated knitwear, the standout being an oversized cable cardigan with lime green detailing and matching leg warmers. The other notable designer was Yuliy Gershinksy who not only rallied the loudest cheers, but also showed 12 strong looks in minimal athleticism and high-tech sportswear. Sure, it’s been done before, but there was something in his shape and cut that resonated. Panelled grey marl track pants and well-constructed bomber jackets and anoraks gave a heaviness and structure not often seen in sportswear.

Any groans of predictability when Roopa Pemmaraju opened her show to the sounds of a didgeridoo quickly dissipated when the full visual spectrum of her Indigenous collaboration was realised.

The original fabric designs from a group of Aboriginal artists represented by Co-ee Gallery were magnificent and perfectly offset by Pemmaraju’s clean silhouette. This already well-established label based in Bangalore, India, mixes original artist designs with sharp tailoring and long flowing lines. Hemlines on elongated skirts and dresses kissed the floor, while shirts and collared tanks were fitted and neat.

Refreshingly, the colour palette wasn’t defined by the desert or outback, and while there were lovely ochre and mustard tones, there were plenty of primary colours too.

And finally to Christopher Esber, who is being fast-tracked to become Australia’s latest fashion success story. Bringing his particular brand of sophisticated elegance to a graphic, mirrored set – which distorted and refracted light from the white, black and cobalt blue collection – Esber wowed an adoring crowd.

There was a European touch to luxurious fabrics such as silk satin and caviar beading, and to the modern shapes like strong shoulders (proving a big MBFWA trend) and sharp tailoring. There’s a reason Esber won 2012 L’Oreal Melbourne Fashion Festival Designer Award and he’s kept his word by using the prize money to develop a menswear line that included trim suiting with sleeveless shirts and neat collars.

A stunned crowd were already heralding it show of the week, and with Akira scheduled first thing Friday morning, that’s an impressive call.