Ellery Stakes Her Territory in Paris

After a long journey, Australian designer Kym Ellery made history by finally taking her designs to the official schedule at Paris Fashion Week yesterday. 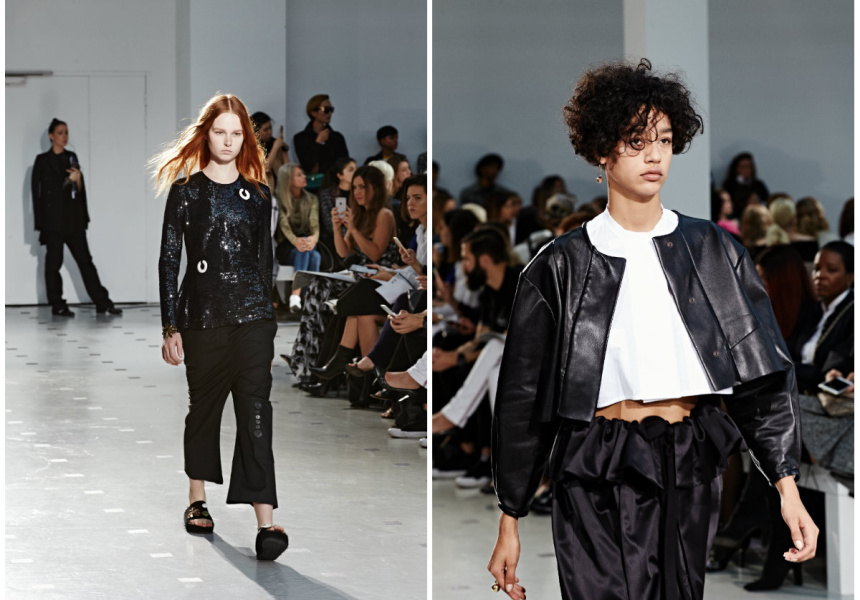 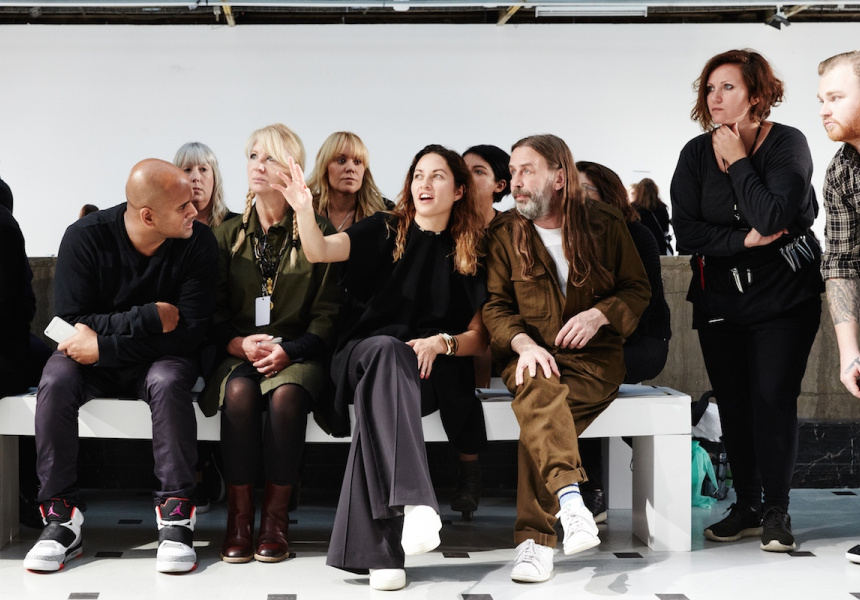 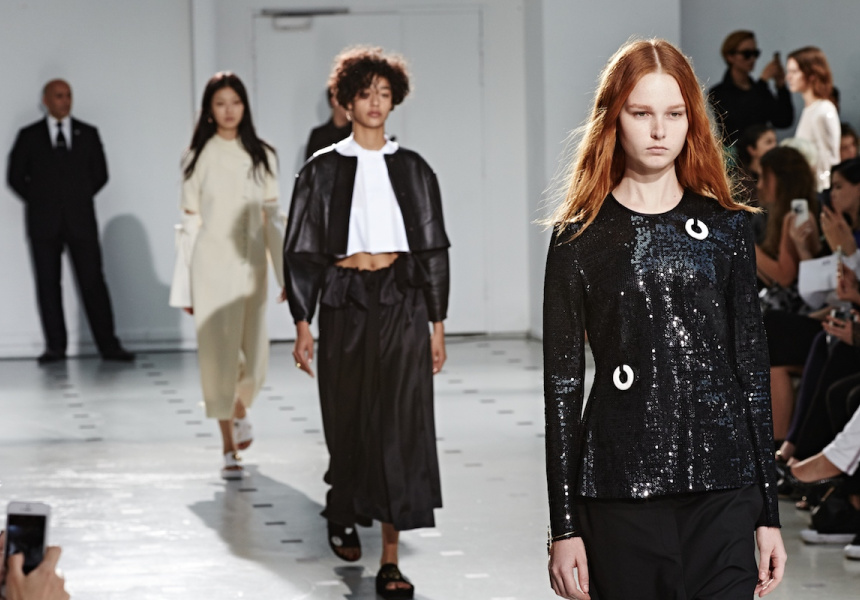 Kym Ellery cited the monumental 1969 installation Wrapped Coast by Christo and Jeanne-Claude as the starting point for her first official show at Paris Fashion Week yesterday.

Ellery, like Christo and Jeanne-Claude before her, took on an ambitious task – to shape her vision on the other side of the world. As the third-ever Australian to be invited to show on schedule at the woman’s Prêt-à-Porter fashion week in Paris, Ellery tapped into an archetypal theme of Australian art and design. From Frederick McCubbin to Sidney Nolan, our artists have long been concerned with the courage and strength of the Australian spirit. And that is what Ellery showed – a display of hard work.

There were traces of sweat in the details. Garment surfaces were worked; punctured with eyelets, gathered and fastened at the lower back and knees, jackets and shoes embellished with precious trinkets and jewels. The abstract ode to Christo and Jeanne-Claude’s costal work found further resonance through the metallic scrunched fabric treatment made into dresses and tunics, meant to be “the reflection of ripples on the night time ocean”, Ellery tells Broadsheet.

Ellery now joins the ranks of international Parisienne-based Fashion Week veteran Martin Grant, and the now-retired Collette Dinnigan. All have been invited by the prestigious French governing body the Fédération Française de la Couture, du Prêt-à-Porter des Couturiers et des Créateurs de Mode, to be part of the official womenswear ready-to-wear calendar. Punctuated with mega fashion houses such as Chanel, Dior and Lanvin, the calendar is surprisingly open to newcomers who display the desired attributes. “They actually said to me that French fashion isn’t nationalist. Karl Lagerfeld is German, Kenzo Takada is Japanese. Paris Fashion Week is about people that come to Paris to be part of it,” Ellery says.

But while Paris may be open to global talent, only few can meet the high demands set by the Federation. According to Melbourne fashion label Strateas Carlucci, which showed for the first time during Men’s Fashion Week in Paris in July, “They want to see a commitment to show and continue to come back to Paris.”

One of the more tangible requirements is to show four consecutive seasons in Paris during Fashion Week to even be considered in the prestigious line-up. A considerable investment of time and money, Ellery had a team of 100 working on the runway (Christo and Jeanne-Claude had approximately 110 in their team). Her team included UK-born international MAC Cosmetics director Val Garland, who developed her craft in Australia, and international Australian model, Madison Stubbington.

In the runway program, prose written by Bruna Volpi, graphic artist and art director at Ellery, explores the abstract idea of coast, closing with the lines: “I close my eyes. I see the coast”. On foreign and unfamiliar soil, Kym Ellery claimed her patch of highly prized fashion terrain yesterday. And to the pioneers the world belongs, especially in fashion.