Dion Lee has expanded his design empire to Bondi Junction for one year only. 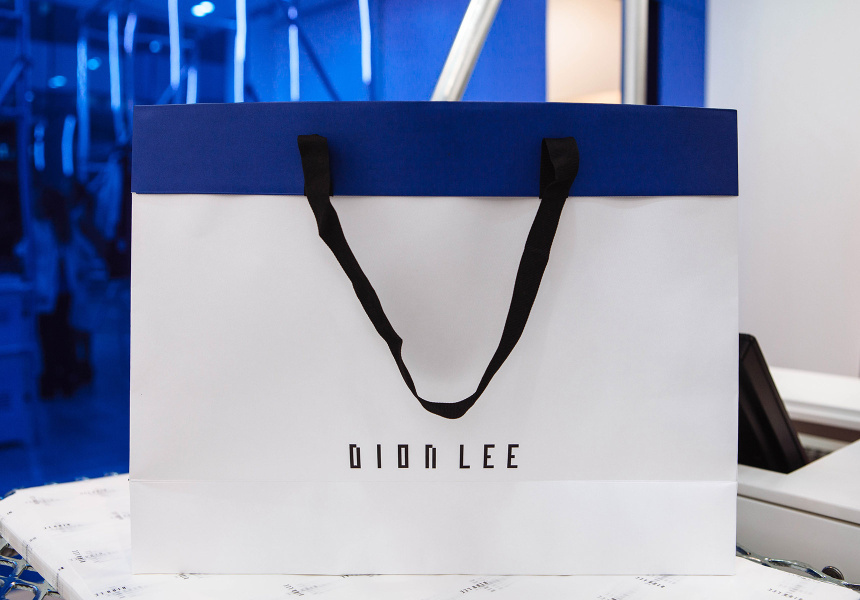 In the past few years, Dion Lee has ascended from young gun to local legend, designing with an unwavering attention to detail that’s kept him ahead of the curve. His newly opened retail space, Dion Lee: 365, is another meticulously thought-out project.

As the name suggests, Lee’s third store will take up a 365-day residency inside Westfield Bondi Junction. “I was really attracted to the idea of a temporary retail concept and how that could be explored,” says Lee of his most experimental store to date. “What I really enjoyed about this project was being able to work with concepts in a more playful way, experimenting with colour and materiality that might have been risky within a permanent location.”

Lee’s architectural garments are at ease among the gleaming asymmetric fixtures. The clothes hang off two metal scaffolds, warped by the cobalt mirror which makes up the rear wall. The design is a continuation of the construction-site theme of Lee’s first two stores. “I have always been attracted to construction sites and this was the starting point from which our retail blueprint was formed,” explains Lee, who has once again partnered with Kelvin Ho of Akin Creative to bring this concept to life.