No longer considered mere cheaper offshoots, diffusion lines are becoming lucrative labels in their own right. 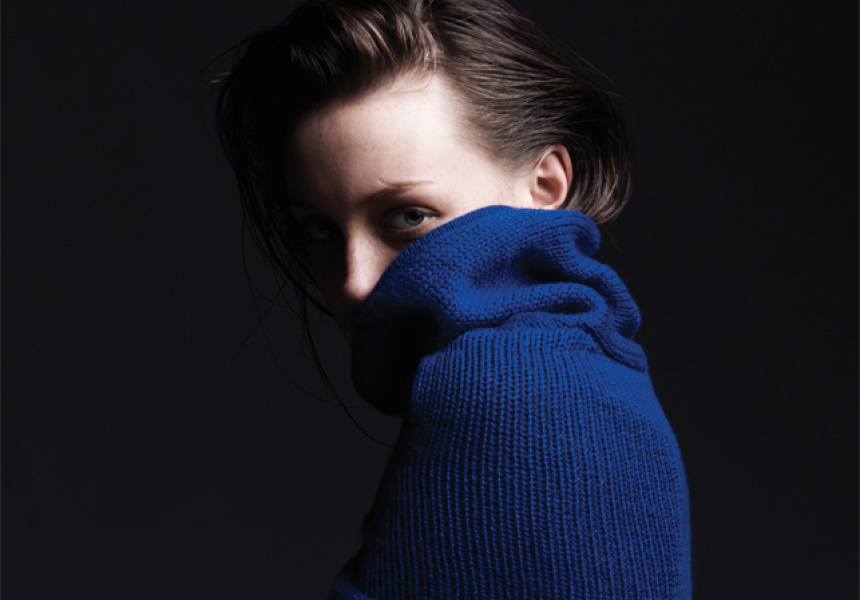 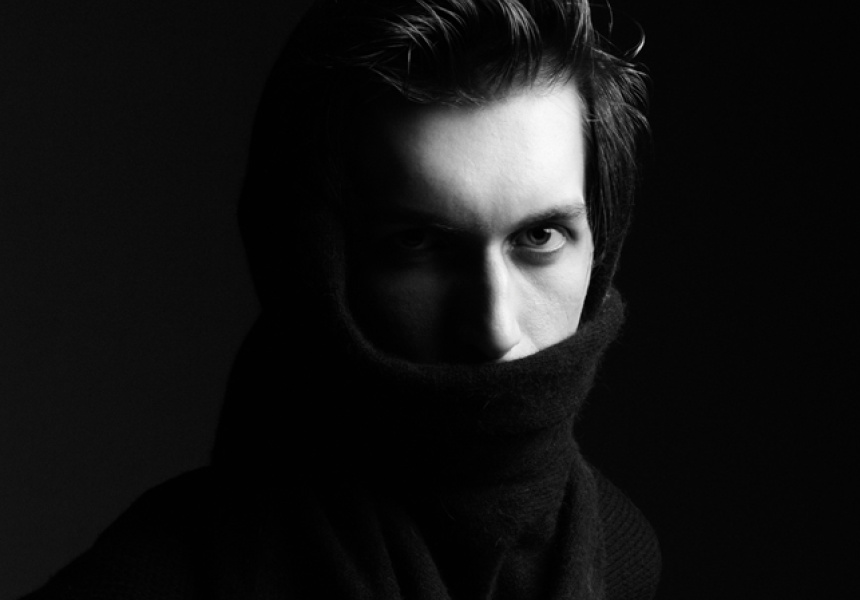 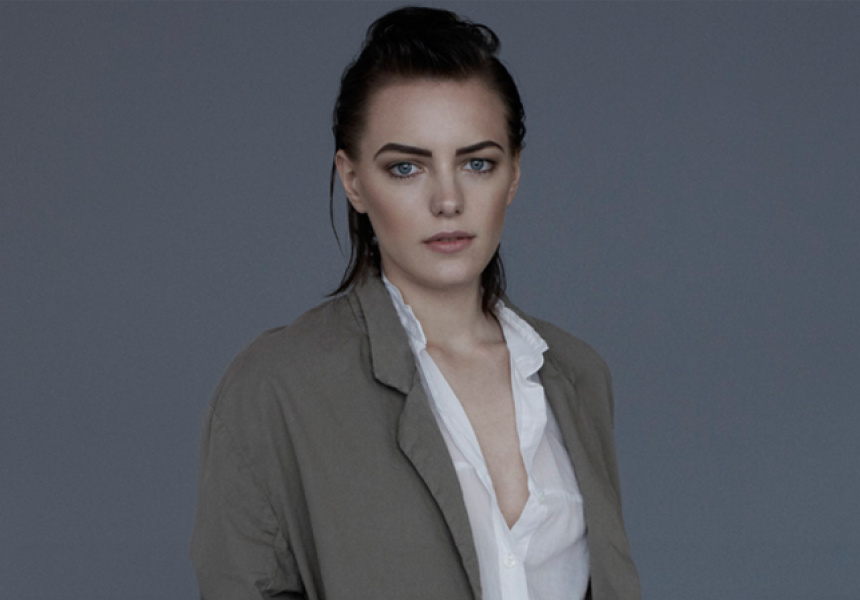 For Alexander Wang, the veritable prince of the New York fashion set, “Anyone can get all dressed up and glamorous, but it is how people dress on their days off that is the most intriguing.” While many of us are far from proud of our informal attire, Wang's fascination with casual style has seen his eponymous label embrace a new form of luxury. In addition to his Gen Y version of Calvin Klein cool, Wang has also smartly channelled his must-have name into a simple and affordable t-shirt line, T by Alexander Wang.

Since launching in 2009, T by Alexander Wang has become a worldwide hit, proving that a designer can create both accessible designs and innovative collections simultaneously. The key to his success? Basics are bankable. Closer to home, a number of local designers have added relaxed diffusion lines to reach a wider audience and allow their label to disperse into everyday life. Here are five of our favourites.

Kj by Kirrily Johnston
If anyone has demonstrated that diffusion lines are more than just a novelty, it’s Kirrily Johnston. The Sydney designer, who made a name for herself with a luxurious and exotic aesthetic, launched Kj by Kirrily Johnston in 2010. “The original purpose of Kj was to cater for the Kirrily Johnston woman’s weekend wardrobe,” says Johnston of the thought process behind launching the label. Now in its fourth season the unisex basics line has proven so lucrative that Kj by Kirrily Johnston opened a flagship shop on Oxford Street in Sydney's Paddington late last year. “The stronger Kj grew into its own, the more it needed to shine in its own light and, more importantly, in its own space.” With her signature relaxed aesthetic present, the Kj line presents innovative fabrication combinations and shapes at a lower price point, allowing the label’s loyal clientele the ability to practically live in Johnston’s designs, from daily morning errands to luxurious evening affairs. No doubt an outfit to be proud of in any context.
kirrilyjohnston.com

Dion Lee II
Dion Lee has grown from an emerging designer to the darling of the Australian fashion industry in barely any time. His debut at the TAFE graduate show was followed by his very own Australian Fashion Week show the very next year, while reputable stockists such as Net-A-Porter were already buying his pieces long before he showed at London Fashion Week this year. Such enviable accolades are all for good reason. Lee’s minimal yet intricate aesthetic is the clothing equivalent of a fresh breath of air. But while a fluid Dion Lee blazer may be a permanent fixture on the discerning dresser’s wish list, not everyone can afford Lee's luxury price tag. Enter Dion Lee II, a diffusion line that is welcome reply to everyone’s wardrobe wishes. Encompassing his signature soft shirting, functional hardware, cut-outs, thoughtful hues and lucid fabrics, Dion Lee II is designed to compliment Lee’s original line, but also stand alone as a range of wardrobe essentials in their own right.
dionlee.com

L.W.B. LIFEwithBIRD Classics
For 10 years now, duo Bridget McCall and Nicholas Van Messner have forged a career around soft and refined style under the guise of their label LIFEwithBIRD. Their formula for tonal collections based around layering has proven potent, with the label expanding to include an accessories range, a classics range and four flagship stores. “We've always had a layered look, which probably stems out of necessity in Melbourne and we found that our more minimal, classic pieces did very well,” says McCall of the basics range. “We began to consciously design a very refined, functional element into each collection and within two seasons, these pieces really stood out with buyers and customers.” What resulted was L.W.B. LIFEwithBIRD Classics, a stripped-back line featuring refined layering designed to complement the label’s main line. “The individual pieces must be functional and have their own personality,” says McCall. “In a way, the overall design process and an inherent LIFEwithBIRD philosophy is about finding balance.”
lifewithbird.com

Hi There by Karen Walker
With a quirky yet modern style that shines bright each season, New Zealand designer Karen Walker has never been one to take fashion too seriously. Whether it be a cheery shift dress or bold, bug-eyed sunglasses, it’s pretty hard not to love her upbeat aesthetic. Feeding off that friendly vibe is Karen Walker's diffusion line, Hi There by Karen Walker. Exclusive to Myer in Australia and stocked in Anthropologie across the United States, Hi There is the younger, more approachable sartorial sister to the Karen Walker main line. “We love the idea of creating mini ranges with new ideas, translating more frequently, to speak regularly to the Karen Walker girl,” says Walker, who lists vintage-inspired prints and 40s influences amongst the label’s repertoire. While the line may not be considered as basics to the everyday dresser, for Walker’s discerning clientele, Hi There’s breezy floral dresses and printed blouses are exactly what their wardrobes are missing.
karenwalker.com

Therese Rawsthorne Ensemble
Elegant, sophisticated and understated are terms often associated with Therese Rawsthorne. The Sydney-based designer has made a name for herself via her talent for soft drapery and precise tailoring. Since her label’s 2008 debut, she has become the go-to girl for subtle luxury. Rawsthorne’s success as a designer was truly cemented in 2010 when she expanded her label to include T.R. Ensemble, a diffusion line focused primarily on signature cotton shirts. “As the collections have become more sophisticated I wanted to keep the casual spirit of our washed cotton pieces that have always been so important to my handwriting,” explains Rawsthorne. “So giving them a home of their own under the Ensemble flag seemed like a natural progression.” A classic staple in any wardrobe, the Ensemble line filled a need in the market for thoughtfully designed shirting at an achievable price. Two years later and the line has experienced a name change and an expansion. Now known as Therese Rawsthorne Ensemble, the label features classic shirts with directional twists as well as soft denim and relaxed separates.
thereserawsthorne.com 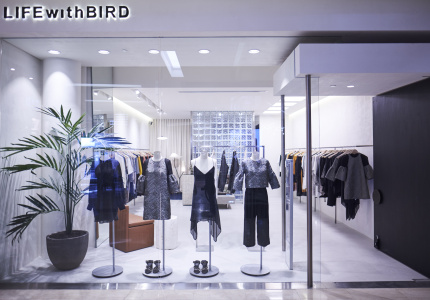