Day two at MBFWA was a celebration of femininity in all its forms. 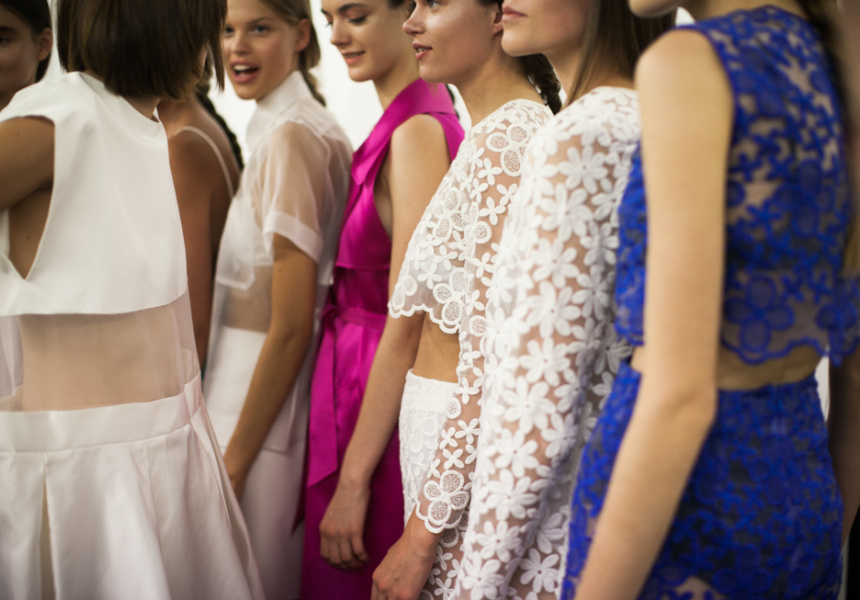 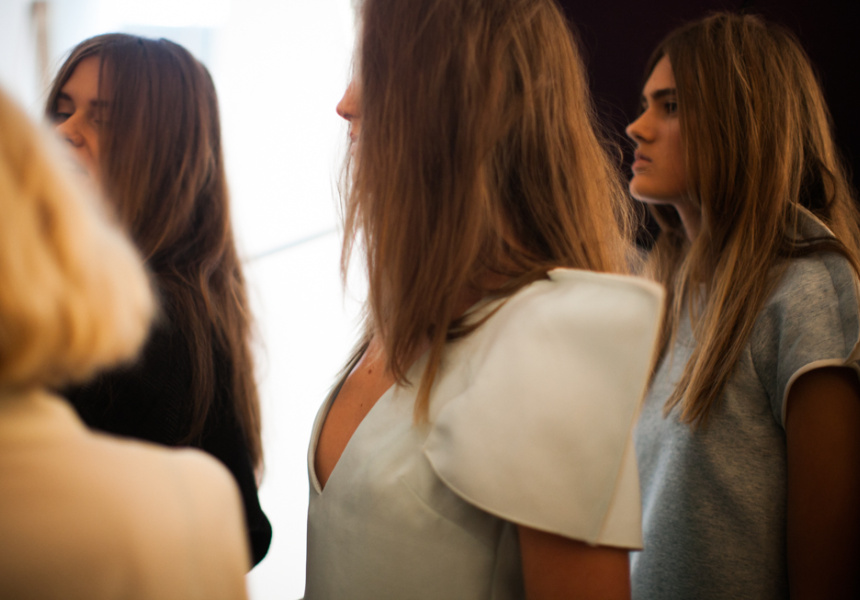 In the stark surrounds of Ray Hughes Gallery in Surry Hills, Karla Spetic began day two of MBFWA with a sort of ritual cleansing. Clean, all white looks slowly wafted out to the poignant sounds of classical violins. Fittingly, the Sydney-based designer's spring collection is entitled Faith. A kind of faith, it seemed, which worships at the altar of celestial femininity. Continuing on from last season's lace, silk and organza splice combinations, this season Spetic swapped sorbets for cheerful brights and a stained-glass Jesus print that was more Baz Luhrmann's Romeo + Juliet than Passion of the Christ.

What was most interesting about Spetic's collection was the way the garments seemed to float on the body. While there was plenty of skin on offer, it was shown in all the right places – a glimpse of midriff above the waist or a sheer panel on the thigh at its most flattering point. It might not have been something you could get away with at church, but it sure was heavenly.

Toni Maticevski also seemed to reach to the high-fashion heavens this season. Set to a moving recording of Yves Saint Laurent's resignation speech, the Melbourne designer dressed modern-day debutantes in long and lean looks, adding interest to the hips and waist with stiff geometric peplums that, as the looks progressed, evolved into ball gowns. One couldn’t help but notice YSL's influence (particularly the French designer's earlier work at Dior) throughout the collection. Maticevski referenced softer versions of Dior's 'new look', which grew more and more exaggerated with neoprene draping creating wonderfully sculptural shapes. The dress we'll all remember though will be that watermelon pink neoprene ball gown. Compared to Hedi Slimane's grunge offering for the newly named Saint Laurent, it was sartorial salvation.

At Ellery, the sound of pulsating drums alluded to the incoming tribe – one that was led by international blonde Hanne Gaby Odiele, a coup for Ellery and Russh magazine, who coaxed the Belgium model to our shores. Behind her stomped a fierce clan of Neanderthal glamazons wrapped and armoured in an array of primal textures, be it shag, croc, leather, lace or feathers. Among the beautiful calamity, it was Ellery's shapes that really stood out. The recent resurgence of wearing jumpers around the waist was pushed to extremes as deconstructed blazers were wrapped around the waist and swathes of wrapped leather billowed down like an apocalyptic ball-gown. Construction was complex to say the least. There were however some simpler, more accessible moments: a silk kimono that dropped to the floor with thigh-high splits, a black gorilla sleeved blouse, a pair of printed flares. As with any Ellery showing, it was always going to be sexy. This season it just came with a tribal twist.

Finishing the night was Dion Lee, with an intimate dinner and presentation of 15 concise looks from his spring summer Windmap collection. While the range had previously been shown in Paris to international acclaim – and found him a place as a Woolmark finalist – Lee was adamant that it was also important to show in Australia as well. The Sydney Opera House was, once again, the perfect setting. It’s a landmark that Lee has drawn inspiration from throughout his career, including this collection with the iconic sails, along with wind patterns, influencing the sculptural shapes. "Being from Sydney I think [the Sydney Opera House] is something that represents the contemporary Australian identity," Lee said backstage. The same could apply to his thriving label. 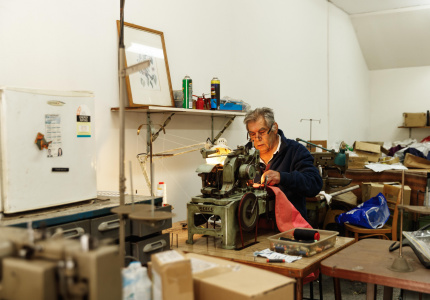