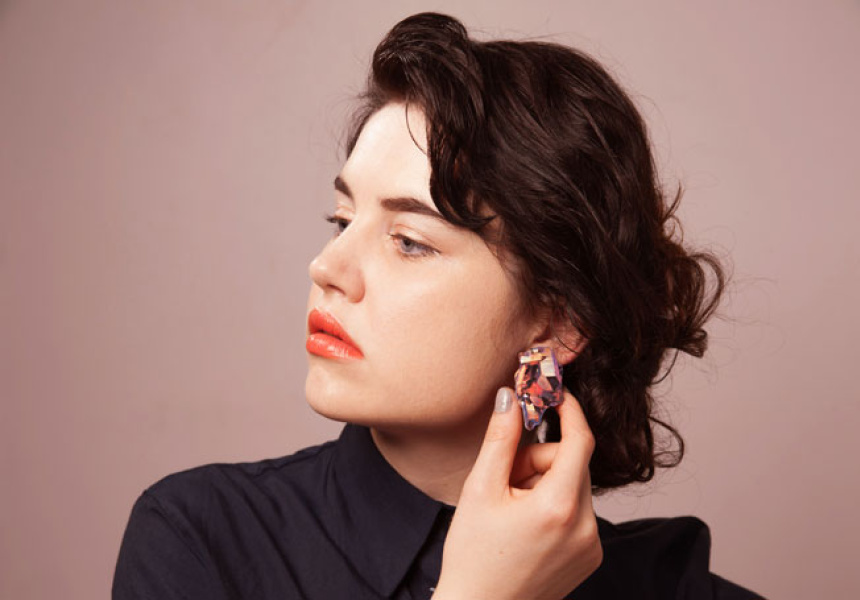 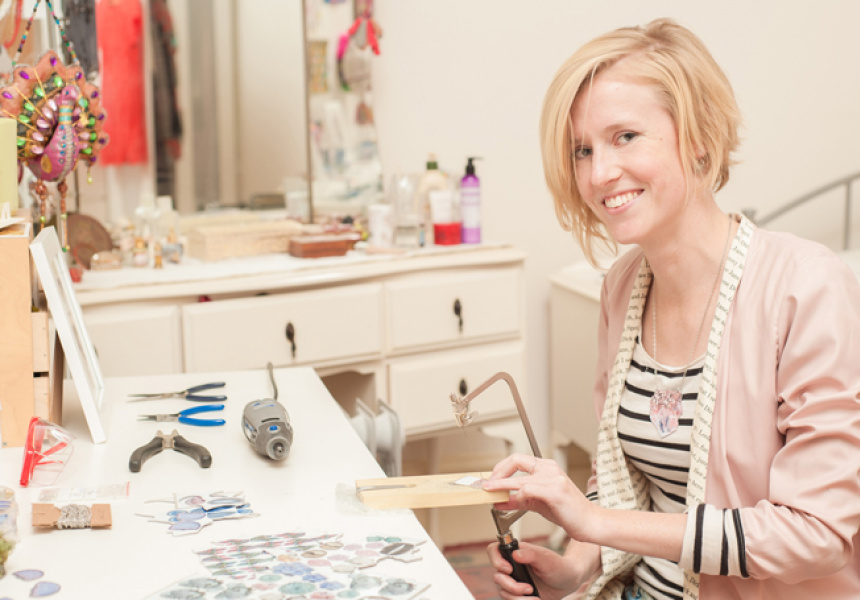 It was a fascination with the precious, the infinite and, somewhat strangely, Australia’s mining boom that inspired Melbourne-based jewellery designer Nicola St John’s latest collection, Crystalline 2.0.

“Australia is a country currently obsessed with its mineral resources and my jewellery is a reflection of things dug up from the ground,” says St John.

A collection of beautiful, distinctive earrings and necklaces, Crystalline 2.0 evokes crystals, minerals, gemstones and rocks. But don’t be deceived by the intricate colours and patterns – they represent meticulous replications rather then things dug up from the ground.

“Instead of using elements direct from nature, my work uses imagery of naturally occurring…objects and replicates them. In essence, [the work is] repeating and multiplying nature digitally instead of biologically,” says the graphic designer-turned jeweller.

Making use of her professional background in graphic design, St John began creating handmade jewellery pieces by transferring digital images onto metal, a technique referred to as sublimation, which she learnt from one of Australia’s most respected contemporary jewellers, Anna Davern.

It was the work of German biologist Ernst Haeckel and his detailed illustrations of organisms and sea creatures that captured St John’s attention and contributed to the inspiration behind her designs.

“I always thought these images would be so beautiful to wear, using natural imagery instead of glass, silver or traditional jewellery materials.

“I was inspired to create a collection of wearable jewellery pieces that promoted both the fragility of tiny microorganisms, whilst highlighting the eternal nature of elements and stones,” she says.

All pieces are designed and handmade in St John’s home studio.

Crystalline 2.0 can be purchased online.