Working for American label Creatures of Comfort in New York by day, Australian designer Jess McKie has released a sporty unisex collection in her spare time. 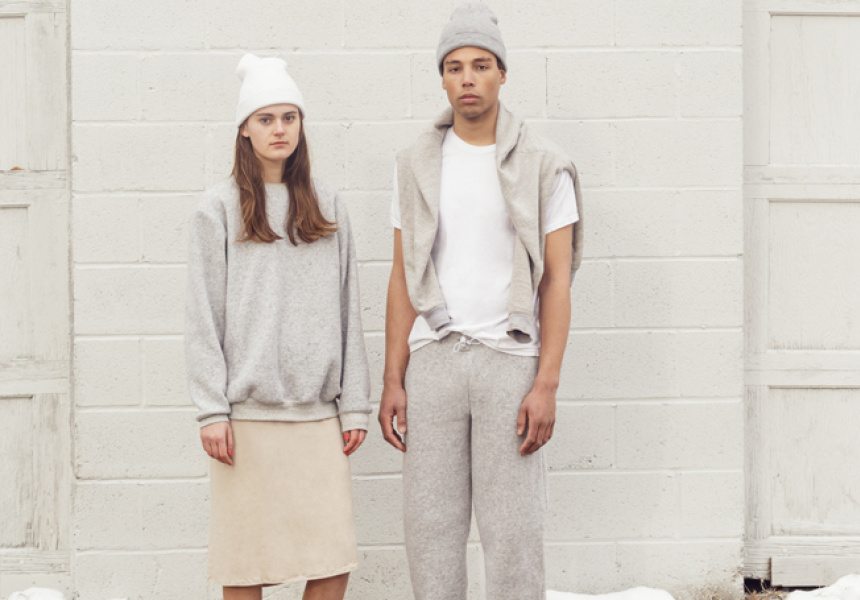 On the list with Ugg-boots, leaving the house in a tracksuit has long been a fashion no-no unless you’re a World Cup soccer player. But New York-based Australian designer Jess McKie is proving that comfort can still look good. A pattern maker and design assistant at the American multi-brand retailer Creatures of Comfort, McKie has just released a cosy collection of sporty basics, under her independent brand, Skodia.

McKie has been in New York for the last two years. Skodia began as a university project, and now (six years later), she works on it after hours and on weekends. Her debut fall/winter range – which will be available online from August – is a trans-seasonal and unisex collection of sweaters, sweatpants, tank tops, beanies, hoodies, bomber jackets and knitted neck warmers and beanies in muted colours; white, navy and different shades of grey.

McKie’s first collection, which is designed and produced in New York (apart from the knits which are made by her mum in Australia), is made up of sporty, relaxed cuts in cotton, marl and wool and named after suburbs from her home city, Melbourne. There’s the Preston hoodie, the Altona sweater, the Northcote beanie and the Clayton tank, among other suburban-inspired styles.

Skodia will also make items that are the products of collaborations with other creatives such as musicians, artists or other designers. The label’s first collaboration is with musician Chet Faker to create a pair of ‘Chet Sweats’, which will be available next season.

Skodia will be available online and at selected retailers from August 2014.