Collette Dinnigan: Unlaced reflects on one of Australia's most seminal designers. See it this weekend at the Powerhouse Museum. 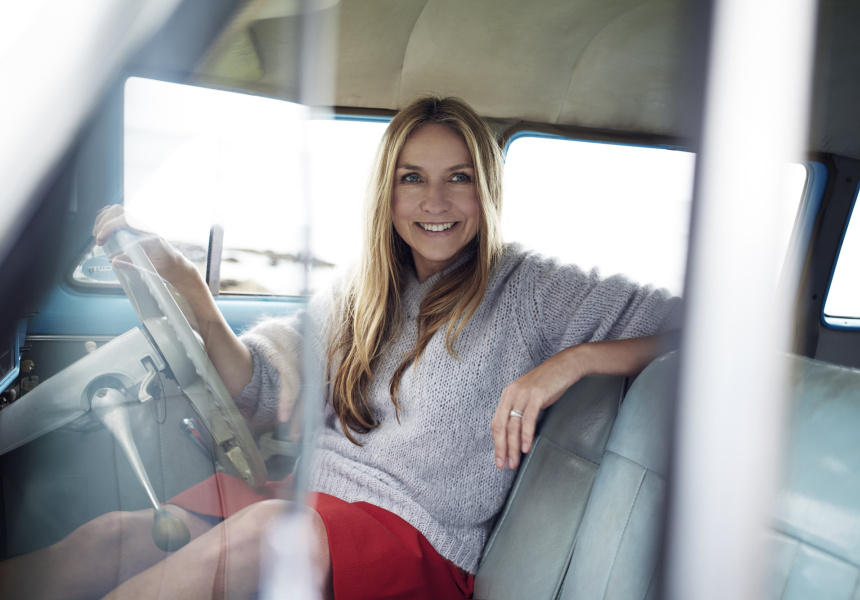 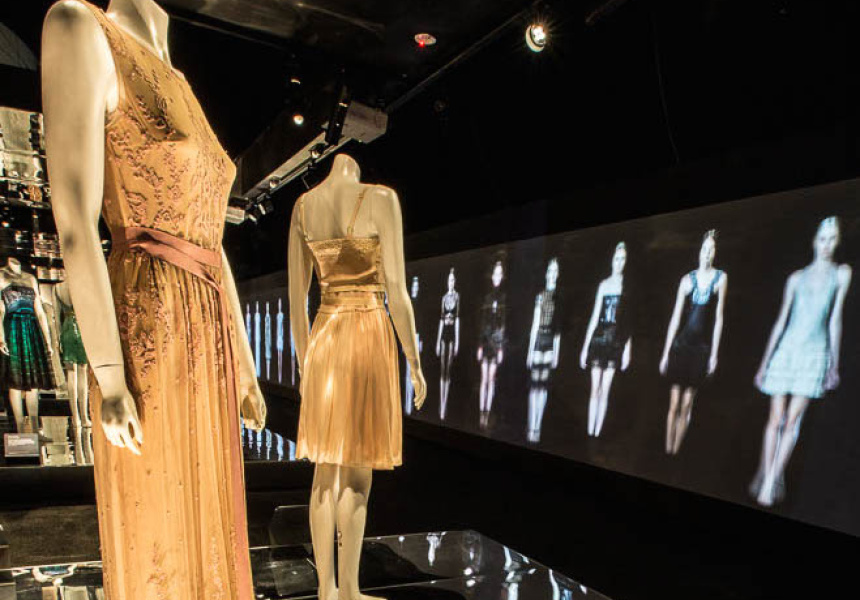 Who are the greats of Australian fashion? In a market so young – compared, at least, to orthodox fashion capitals – it’s easy to forget that giants have walked among us for some time. In the ‘60s it was Prue Acton, who at 15 was one of the youngest students at Melbourne’s RMIT, and at 21 was said to be selling a thousand dresses a week. There was Norma Tullo, who nabbed a boutique outlet in Tokyo’s exalted Isetan department store, Jenny Kee and Linda Jackson. There was – and is – the inimitable Collette Dinnigan, whose quarter-decade in the industry is being celebrated with an exhibition at the Powerhouse Museum.

Comprised of more than 120 garments, which have been gathered into museum-like sections by stage designer and artist Anna Tregloan, and curator Glynis Jones, Unlaced is a milestone event for Dinnigan and the museum. It’s the firt exhibit at the Powerhouse’s new Centre For Fashion, which opens up an almost unbelievable archive of 30,000 garments to the public. “Doing a show in Paris, you spend six months on a collection and it’s over in 15 minutes. The family disperses: the producers and music people.”

It’s impossible to compress a career into a single telephone call, but Dinnigan (polite and businesslike and a million miles a minute) attempts it. We begin with her present situation: a business that has been significantly scaled back, allowing her time with family, and the prodigious exhibit, a potent and nostalgic trip through her lace and French-silk-laden archives.

The risk in putting clothes behind Perspex is that they loose some of their aliveness, the vibrancy of being worn. Dinnigan’s collections live in dry-clean only territory, festooned with beads and feathers, laden with ultra-feminine cultural references. They are most brilliant when worn on people, from the girls of Barney’s in ‘90s NYC to a sprinkling of celebrities: Halle Berry, Nicole Kidman, Cate Blanchett and Julia Roberts. Dinnigan insists the retrospective is a far cry from rows upon rows of staid mannequins. “There are different rooms with different lighting and energy levels. There’s a silver room, with a theatre influence. It’s about movement, clothes, craftsmanship.” Every piece has been pristinely kept in tissue paper until now, but her team is in the process of transferring them to preservation service Garde Robe.

“I did think, at 19 or 20, I must start my own business. I’ll have flexibility and freedom and I can sleep in,” laughs Dinnigan. “It should have been: I must start my own business so I can work seven days a week and never stop. My very close friends and family are very happy I’ve made the decision not to show in Paris anymore – they can see how hard I’ve worked [over the years].”

Dinnigan’s first physical store opened in Paddington in 1992. It quickly picked up in a retail climate not dissimilar to the current one.

“I always think recession is a great time for people to go in [to business], because everything, like rent, is affordable. It’s when [prices] are at their peak that you can spend too much money and not sustain your business. Being self-employed, with no assistance to begin with, meant I didn't have huge overheads.” In those days, Dinnigan was everything: sole business owner (as she remained), designer, marketer, shop girl. “I was the retail person during the day, doing accounts, probably making mistakes, and at night I would cut, sew and make. I’d close the store on Sundays and Mondays – they were my sewing days.”

When probed, Dinnigan concedes that early business acumen came from from deals with her parents. “When I was at college, my mother and dad would always say to me: ‘Whatever you save up for a car or for a horse, we’ll match it by half.’. I’d always work at picking oranges, working at sheep stations on holidays. Constant work, all the time, thinking about how I could get an income.”

The only regret she shares is also, in its own way, a strange blessing –she never had a business partner to bounce off. “It could be lonely, but also could be full of surprises and opportunity. It’s like day-to-day life. You can’t have everything, but I don’t dwell on the things I should have done. There’s no point.” 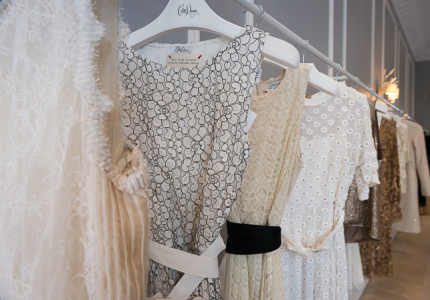