Two friends come together to bring parts of their South American journey to their first pop-up store through fashion, design and vibrant photography. 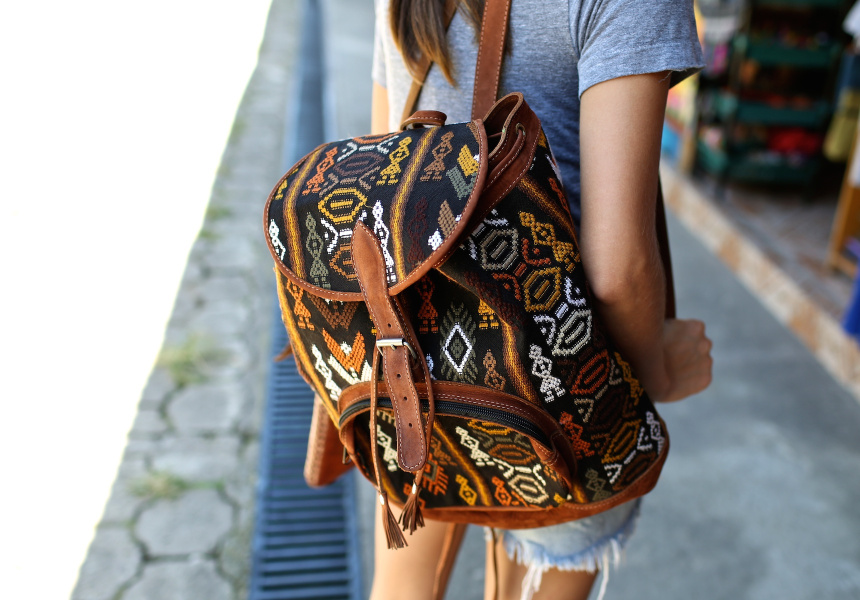 “We felt that Latin American fashion and design is underrepresented in the Sydney market,” says Vanessa Ritchie, econometrist, photographer and one half of the South American-inspired pop-up store, Carma.

Pairing up with former Sydneysider and now Mexico City-based jewellery designer Maya Savage, the two-week pop-up store will be in Blank Space Gallery in Surry Hills. It will house handmade products such as huipil cushions, crochet bags, witch-doctor skulls and colourful sandals, all personally sourced from their travels.

“Maya’s mum was brought up in Guatemala. She has family there and has a lot of local connections. We went around Guatemala for two weeks and she took us to places where she knew there would be things we were after,” says Ritchie about the five-week journey she embarked on earlier this year.

“Part of our vision is to not buy things from markets, but to actually go to the source where things are made,” says Ritchie, noting that often there’s a middleman at the markets taking the profit. “Most of the creative people are women and young girls who are living in remote communities and selling their products for a lot less than they are worth.”

Ritchie explains that Savage’s mum’s ability to converse in Spanish helped the pair learn about the artisans behind many of the products found at the markets. “We often found in Guatemala that the women get together in a co-operative and sell their products so they don’t have to lower their prices to be in competition with each other.”

And so how is Ritchie’s photography incorporated into the pop-up store? “As Maya was talking to the artisans – we have established relationships with about 10 – I was taking photographs of them. We’re going to put those photographs in frames around the shop with a little profile under each one.”