The Business of Dressing Gentleman with Mr Bucks

A family that has been in the business of dressing men since 1890, menswear store Henry Bucks is a haven for gentlemanly style. James Cameron sits down with Tim Cecil of to discuss the resurgence of interest in dressing well. 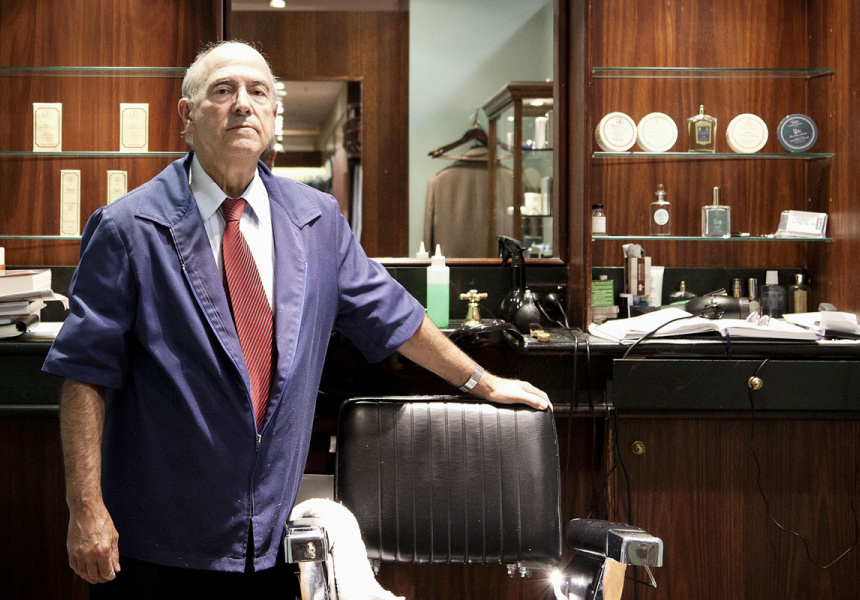 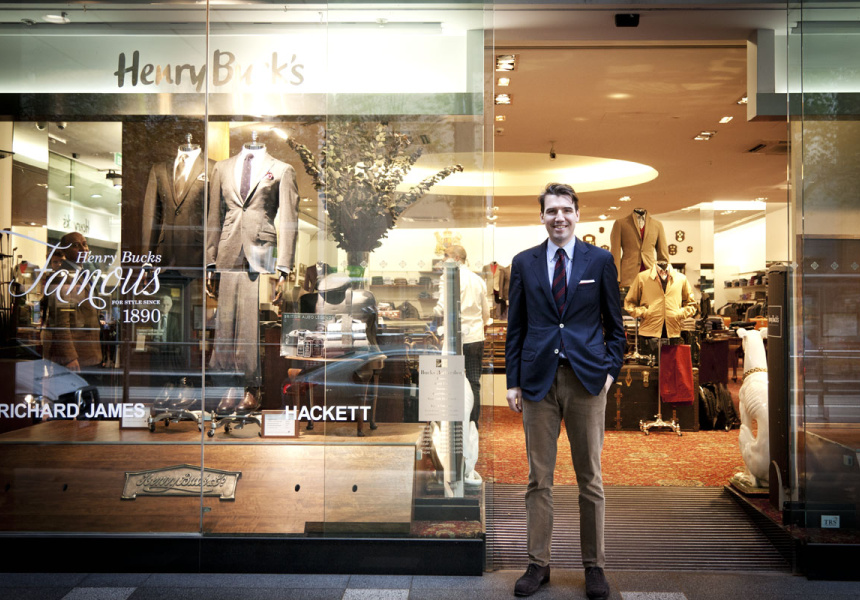 There’s a story about Nick Cave that’s been passed around and manhandled for so long now that there’s really no telling how true it is, or where it came from. Apparently, at some divine moment, Cave declared that he’d never wear denim again, that from now on it would be tailoring – forever!

Who knows, but as far as legends go, it’s certainly possible. Maybe because he wanted to separate from the masses, maybe his expression was stymied by the workers’ cloth and something altogether different was needed. Maybe it didn’t happen at all. But it’s cool. It’s a bold move that says bold things and relies heavily on commitment, and maybe that’s what he was trying to say.

For a while now, a trend has been building. Men have been buttoning up their middle buttons and have started to step outside of the defeated, bland nine-to-five options or relaxed boy-man wardrobes and have made tailoring and suiting interesting again.

Maybe it’s the constantly attentive (judging?) eyes of bloggers and snap-happy Sartorialist wannabes that have changed the modern menswear landscape; tweed jackets with Donegal trousers (shortened just so), brogues with brightly coloured socks or, most likely, none at all, and a trench coat (tied of course) have become de rigueur.

“In the past it would take years before men over here became aware of trends, but now it is instant,” says Tim Cecil of Henry Bucks, bastion and stalwart of Australian men’s clothing. He has nothing but good things to say. “We are finding a younger customer taking a keen interest in tailored clothing, which can only be a positive.

“I think it has been difficult for Australian men to explore style and fashion in the past [because] culturally, we are less accepting of this, [but now] there is much more information out there.”

Unlike fashion though, tailoring encourages further investigation than just a search for the new. It may start with better cloth or better construction as off-the-rack is replaced by made to measure, which in turn becomes bespoke. And it’s all driven by curiosity, as an interest in how and why certain standards are set and an explicit understanding of quality manifests itself.

In recent years, the more stereotypically masculine side of fashion has seen a growing appreciation for yesteryear’s craft, even if superficially. Early to mid-century work wear and preppy styles, alongside lumberjack and Wild West clothing has interested and inspired men like never before. It doesn’t require leaving your personality at the door and therefore doesn’t encourage a mass exodus.

“I am very lucky to be able to travel to Pitti (the leading fashion trade fair held twice a year in Florence) each season and not only get exposed to fantastic product, but I’m able to people-watch during the trade fairs and fashion weeks that coincide. You witness the most stylish and immaculately dressed men in the world and it is a real inspiration as a buyer. The challenge is to translate that in to a sensibility that suits Australia’s more laidback approach as well as making it easy for men to understand and adapt. [But] men are becoming more comfortable in themselves and taking a few more risks.”

The trend is good because it’s the beginning of something. Even the simple act of having your trouser and sleeve lengths tailored can instil a feeling of confidence. Men don’t generally sit around and talk or even contemplate clothes the way women do, but there is something about looking sharp and about craft, history and a story. Tailoring delivers on all fronts: it makes clothing a conversation, it implies being a man and taking care of actual and metaphorical business.

Nick Hart of Savile Row’s Spencer Hart puts it this way: “You're in a nightclub, it's 4am and you're on the dance floor cutting a dash. Rather than take your jacket off, you do up the middle button because it looks good and looking good is far more important than comfort.”

He clarifies. “Feeling sharp and being witty, dancing to great music and one-liners flying – this is comfort. It's the difference between being hip and being straight, between Mick Jagger and Paul McCartney.”

You might think this is a somewhat superficial, romanticised, overly glamorous, Jay Z and Beyonce idea of going out, but the point is the suit isn’t (just) for Wall Street and corporate lackeys. It’s for the regular guy too – for the guy looking to cut that dash. Everyone can tell a guy out on the town after work, but the suit isn’t just for him. The tie is not a noose; it can and should symbolise a good time.

Cecil adds, “You can’t go wrong with a classic black suit from Richard James from Savile Row, London, paired with one of his classic white poplin shirts and some black brogues from either Loake or Church’s. Paired with a slimmer tie (eight centimetres width is my preference) or no tie and a white silk pocket square.”

So get involved, try a social experiment and create your own myth. What’s not to like? As Cecil says, you can’t go wrong.