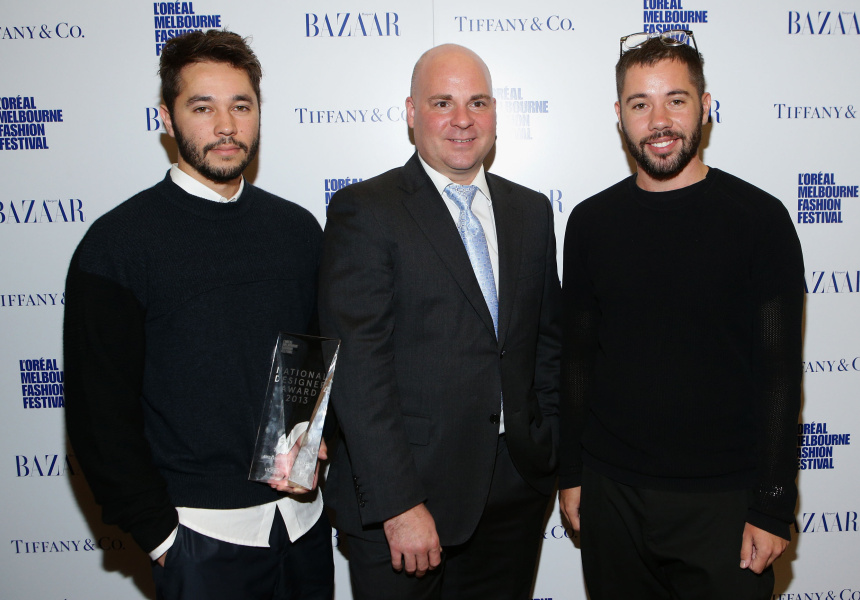 Brothers Alex and Tim Britten-Finschi of menswear label From Britten P/L have been crowned as this year’s winners of the LMFF National Designer Award. This is just the second time a menswear label has taken out the prize, following Song For The Mute’s coup in 2011.

The National Designer Award acknowledges designers who, in their first five years of business, have shown the forward thinking design talent and drive required to succeed in a highly competitive industry. With previous winners including the likes of Dion Lee, Romance Was Born and Josh Goot, the award has come to be considered one of the most esteemed in the Australian fashion industry.

“To sit alongside these other outstanding labels we have admired is amazing, we're still trying to comprehend what just happened,” said Alex of the prize.

Along with the trophy and a cash prize of $10,000, the brothers will walk away with ongoing legal and financial support as well as editorial support from Harper’s Bazaar. Michael Lo Sordo (New South Wales), Lui Hon (Victoria), Kathryn Beker and Livia Arena (Victoria) were this year’s finalists, who for the first time received a runners-up cash prize of $2000.

Australia’s fashion industry may be heavily weighted towards womenswear, but developments like this indicate a growing appreciation for talent in the menswear field. “It’s great that there is change in the way people and the industry are embracing menswear as fashion design,” said Alex. “Fashionable menswear is on the rise not just in Australia but globally. It’s a really exciting time to be a part of it.”

From Britten debuted their first collection at LMFF in 2010. This year sees the designers take the next step, hosting their first runway show in conjunction with Mercedes-Benz Fashion Week. We’re waiting with bated breath. 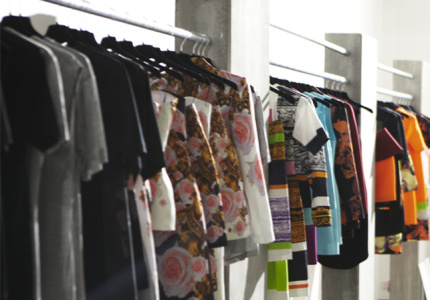