A short back and side with a single malt neat, for the refined residents of Sydney. 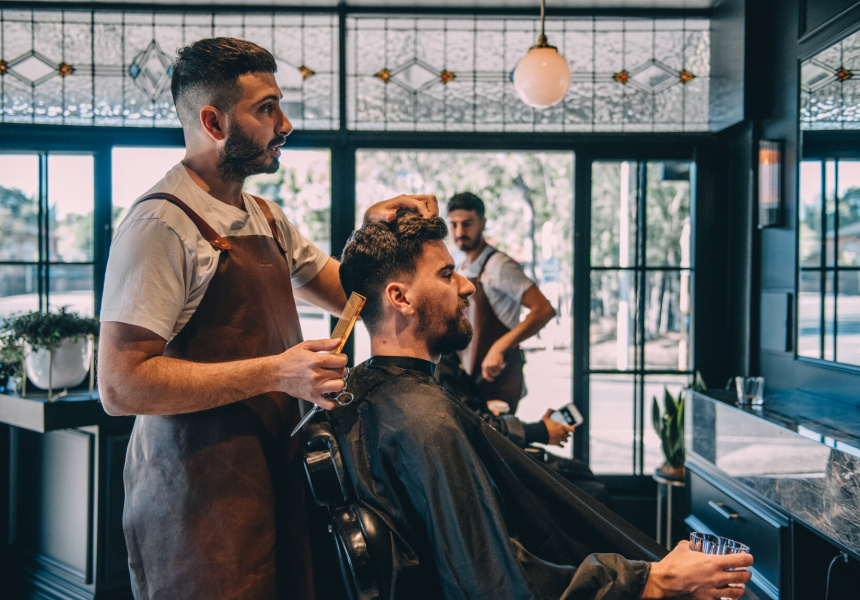 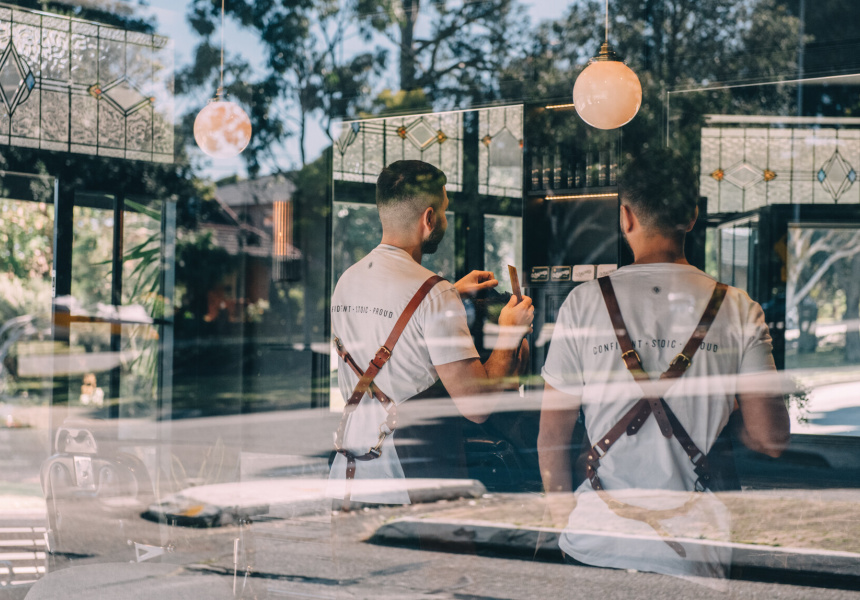 Just after Danny Semrany puts a barber’s cape on me, he offers me a drink. The full-time hairdresser and part-time whisky aficionado suggests Laphroaig Triple Wood, a triple-matured Scotch with an oaky profile.

His business Blade and Barrel, which opened last month and which he runs with his brother Matt Semrany, aims to fill a niche. “Hair salons offer service, appointments, hair washing, styling – the whole package,” says Matt. “Whereas we felt the barber industry lacked that finishing touch.”

So now they’re bringing some luxury to the humble barber-shop outing with a full whisky bar experience.

Both Matt and Danny each have over a decade of experience in Sydney’s hair salons. As I take a sip of my drink, Danny begins fading the hair on the back of my head to match my skin complexion. He points to my occipital bone and explains how he’s following the shape of my skull. “This is hairdressing, this is not barbering,” he says. “We’re trying to merge the hairdressing world and the barbering world. The barbering world is just, ‘get in, get out’, whereas the hairdressing world’s all about shape.”

The brothers’ passion for hairdressing is only matched by their obsession with whisky. Blade and Barrel has a wall of Scotch and Japanese whiskies, which makes the busy barber shop feel more like a relaxed bar. There are also bottles of Moët & Chandon, Penfolds and yet more spirits scattered around. If you come before noon though, you’ll be limited to coffee.

Scotch mainstays like Johnny Walker and Glennfiddich are represented, among others. They’re a smoky, peaty accompaniment to a cut and wash. From the Japanese whiskies, there’s Hibiki, Hakushu and others, which offer a fuller, sweeter flavour.

Drinks are complimentary, but those with more expensive tastes can be accommodated for a price. One nip should be enough to last the duration of the cut and style.

First and foremost though, the brothers are hairdressers. Danny started out cutting his friends’ hair in his backyard as a teenager. A few years later his younger brother Matt followed in his footsteps. They worked in the salons of Pierre Haddad and Brad Ngata before opening the Handmade Salon in Canterbury six years ago (it’s still operating).

They also launched their own line of hair products, Ol’ Bastards, two years ago. Now they’re the only products used at Blade and Barrel.

When I’m done with my drink, I’m up for a wash and scalp massage on a lie-flat chair. Danny gives a spiel about how the muscles above my ears can become tense under stress. By the end, I definitely feel more relaxed. The whisky probably helped too.