Brisbane-based designer Bianca Mavrick makes her debut with Prickly Pear, a collection of artisanal jewellery inspired by her Greek heritage. 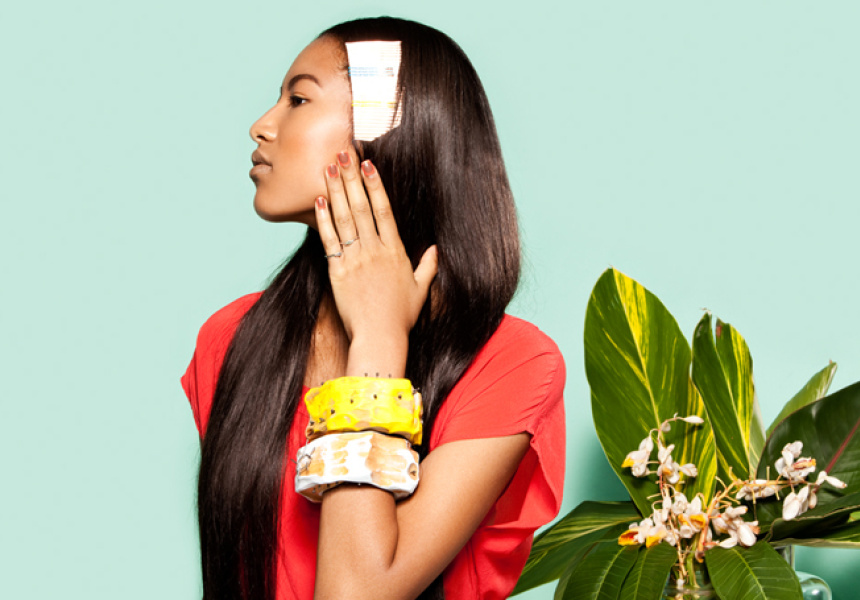 "I couldn't see myself designing washing machines," Bianca Mavrick laughs, fiddling with a curious piece of textured silver while sitting on her deck in sunny Brisbane. Such a unique sculptural piece is perfect evidence of why she's better off away from the offices of Fisher & Paykel.

“It was on my last day in Crete and I was just thinking, what am I going to do?” she recalls. Having just graduated from an industrial design degree, her father asked her to come to Greece for a family wedding. Attending purely on a whim, the trip would eventually prove central to her next career move. "While on Crete I saw all of these amazing jewellers and started to meet people and just relax. I started to get really inspired and decided that this was really what I wanted to do and that I should just give it a go."

Just two years later and Mavrick, aged 23, has just released her debut collection, Prickly Pear, via her eponymous label. While her time in Greece played a part in pushing her towards a career in jewellery, it also played a role in inspiring her debut collection’s central theme. "The collection was inspired by the prickly pear bushes that I'd see on the islands,” she says. “My grandparents also had one in their garden and it’s just this obnoxious weed that you can't get rid of but you can eat the fruit. In Santorini they actually make cocktails out of the fruit, which are usually bright magenta or bright yellow."

Playing upon the plant’s vibrant colours and unique textures, Mavrick has fashioned a balanced collection of bold shapes and subtle details. While the hand-carved prickly pear earrings are destined to be worn by someone with a style that’s as bold and unapologetic as the plant itself, the prickly weed and other elements of Greek island life have also been channelled into more delicate pieces – namely sterling silver rings and earrings that have been given texture through paper cut collages and evil eye embellishments.

"The collection has a little bit of a sentinel feel, like you’re being protected, because the prickly pear bushes are so impenetrable its nice if you've got that force there. Something between you and your own destructive tendencies,” she says, admitting to being quite superstitious. “It’s also what the evil eye is about to. That sense of protection."

While she might not have gone on to design whitegoods, Mavrick’s industrial design skills have still gone to good use throughout the process, hand-filing and carving all of her pieces in her Bulimba studio. The design aspect, however, has come as a result of studying fine arts at QCA and gaining as much industry knowledge as possible, most notably from Melbourne jewellery designer and food enthusiast Lucy Folk.

"I basically would turn up at her studio every day and just hang out with her. She told me so much about how the industry worked, which was great because uni was teaching me about how to work as an artist and I was able to learn from [Lucy] about what the industry is like from more of a fashion perspective."

While such a perspective is evident in Mavrick’s work, an artistic element also comes through as well, particularly in regards to the larger wooden pieces, which are currently available made to order. For Mavrick, the two elements go hand in hand, drawing from her own style and way of dressing.

“I see my customer base as women who curate their wardrobe and accessories as they would a piece of art,” she says. “I know that's how I like to shop. I like to buy things from other artisan makers. It makes your wardrobe more about a story and embedded meaning. There's more of a larger concept that it communicates. Even if the viewer doesn't realise, it’s nice for the wearer."