With the help of some of Australia’s biggest fashion designers, Caroline Poiner is on a mission to help the hundreds of artisans living in India gain recognition for their intricate beading and embroidery. After a decade of travelling back and forth between India and Australia, founder of Artisans of Fashion, mother and humanitarian, Caroline Poiner began to recognise a serious issue facing the Indian artisan community. The art of fabric making was dying out.

As India becomes more industrialised, traditional techniques such as embroidery are pushed to the background. With China picking up much of the business, there is a lack of awareness as to just how much quality and craftsmanship on offer in India.

“Once a generation stops using a particular technique, it is lost,” Poiner says. Put simply, once the knowledge behind traditional techniques such as embroidery, silk printing and beading dissipates, so do the crafts themselves. Not only will that be devastating for the art itself, but also for the communities who rely on it for income.

With over 150,000 weavers unemployed in what is India’s second biggest export industry, Poiner felt that if more up and coming designers knew about these resources then a stronger alliance could be formed between designers and the artisans.

Whilst the demand for these skills has dwindled substantially due to the rise of sweatshops and mass-produced garments, Poiner notes that many of the beautiful embroidered and beaded garments we see parading down international runways are made in India. Indeed, many top-end designers recognise and utilise the skills of India’s talented craftspeople.

It was experiences like that of meeting an Indian mother who lost her sixth child from malnutrition that spurred Poiner to create Artisans of Fashion, a not-for-profit organisation helping to preserve the skills and livelihoods of India’s next generation of artisans.

Poiner’s intention is to garner exposure for such craftspeople in a bid to create trade and business opportunities. “These people are not poor because they are stupid,” says Ponier. “They just do not have the resources to promote themselves. Some of the work they are creating actually sits at a level of genius.”

Poiner went about directly contacting some of Australia’s most well known designers including Akira, Camilla Franks, J’Aton, Fleur Wood, and Romance Was Born in the hope of setting up a series of collaborations. The response was overwhelmingly positive, with some of Australia’s most elite designers like Alex Perry – who Poiner jokingly describes as “an avid Indo-file” – jumping behind the project. Others such as Romance Was Born were delighted by the idea of going to India to work with craftspeople.

Poiner joined forces with her sponsor partners Strand Arcade to shoot their spring/summer campaign in May this year. The team consisted of Poiner, photographer James Pipino, stylist Vass Arvanitis and hair and make up artist Julie Provis. The team jetted to India where production took place at the 14th century Fort Palace in Rajasthan, which has been restored by local artisans.

The result is a striking assortment of images that capture and highlight the exquisite work of the local artisan community. These images will be presented as a photographic exhibition alongside a runway show at the Artisans of Fashion official launch in Sydney on August 15.

“The amazing support from all these talented designers has really helped get the organisation running,” says Poiner. “As soon as you put fashion in to the mix, those creative people tend to be generous.”

One of the most rewarding outcomes has been the exchange of knowledge between designers and artisans. While the skills of the artisans have allowed the designers to work in new ways, the designers are imparting knowledge on colours, looks and concepts of the season, affording the artisans invaluable insights into applying their skills to the wider fashion industry.

With plans to take Artisans of Fashion to New York after the launch, for Poiner “the sky is the limit”. 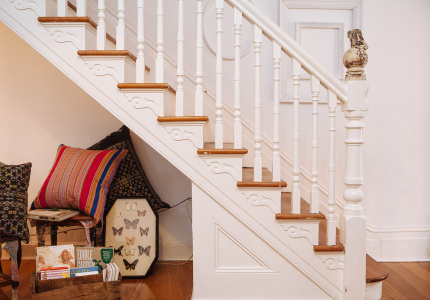