Aje In The Strand 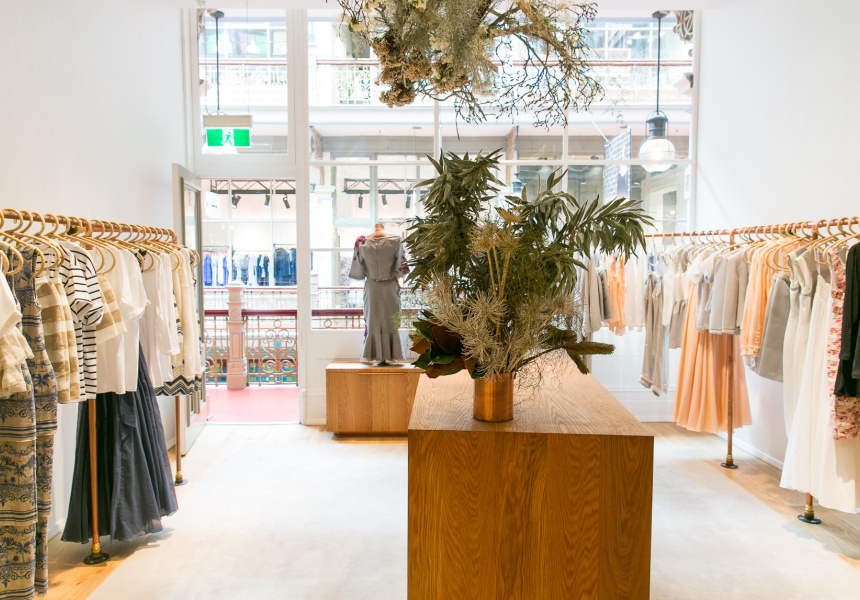 The Strand Arcade is home to some of Australia’s most reputable fashion houses, so it was the ideal location for Aje to open its fifth boutique in. The label started in 2000, and over the past two years its profile has risen; Madonna, Kate Moss and Jessica Hart have all been seen wearing it. The clothes are distinctly feminine, with a modern use of ruffles, sequins and beading in fitted silhouettes.

Aje’s founders, Edwina Robinson and Adrian Norris, have previously managed the interior design of their stores, but this time the pair enlisted close friend and industrial designer David Caon (of Caon Studio) for the project. Originally an industrial designer, Caon has worked in both Milan and Paris, honing his skills as right-hand man to influential designer, Marc Newson. “We love David’s work; in this space he used a lot of curves which really adds a softness to the store,” Robinson says. “We want to keep a consistent look throughout all Aje stores, but we like to adapt them to the location. We wanted this space to be tonal and textural so we used coppers and a really beautiful natural oak timber.”

The store’s remarkable structure is immediately noticeable. Only 37 square metres, it has ornate ceilings over four metres high. The focal point is an immense floral sculpture that hangs from the ceiling, installed by friend Saskia Havekes of Grandiflora.

“We’ve always really admired the Strand’s aesthetic, it’s particularly beautiful and the clientele is perfect for us,” Robinson says, “But the best part of opening this store was being able to collaborate with talented individuals and friends, David and Saskia.”